Published by The Interpreter Foundation, Orem Utah
in cooperation with Eborn Books, Salt Lake City, Utah
and in collaboration with Book of Mormon Central and FAIR

Extracts from Hugh Nibley Observed in Interpreter: A Journal of Latter-day Saint Faith and Scholarship

I have always been furiously active in the Church, but I have also been a nonconformist and have never held any office of rank in anything. . . . While I have been commended for some things, they were never the things which I considered most important—that was entirely a little understanding between me and my Heavenly Father which I have thoroughly enjoyed, though no one else knows anything about it.

Hugh W. Nibley (1910–2005) was arguably the most brilliant Latter-day Saint scholar of the 20th century, with wide-ranging interests in scripture, history, and social issues. The Collected Works of Hugh Nibley comprise nineteen weighty volumes. But he was also one of the most enigmatic observers of the Church.

In this volume readers will discover that the personal stories and perspectives behind the scholarship are sometimes even more captivating than his brilliant and witty intellectual breakthroughs. This comprehensive three-part collection of essays sheds fascinating new light on Hugh Nibley as a scholar and a man.

Part 1, entitled “Portraits,” contains the first collection of observations—a “spiritual” portrait of Hugh Nibley by his close friend and colleague John W. “Jack” Welch, a description of the physical portrait by Rebecca Everett hanging in the Hugh Nibley Ancient Studies room at Brigham Young University, and a biographical portrait by Hugh himself.

Part 2, “Nibley, the Scholar,” contains expanded and updated versions of the almost forgotten audio and video recordings of the BYU Neal A. Maxwell Institute for Religious Scholarship lecture series celebrating the centennial of Nibley’s birth in 2010. An additional set of chapters on Nibley’s scholarship rounds out this collection.

Part 3, “Nibley, the Man,” includes tributes given by family members and others at Nibley’s funeral service. A series of entertaining personal stories, reminiscences, and folklore accounts concludes the volume.

The Scholarship of Hugh Nibley

Part 3: Nibley, the Man
Selected Tributes at the Passing of Hugh Nibley

Jeffrey M. Bradshaw is a Senior Research Scientist at the Institute for Human and Machine Cognition. He has written studies on temple themes and the ancient Near East as well as commentaries on the Book of Moses and Genesis 1–11. Jeff and Kathleen have four children and fifteen grandchildren.

Shirley S. Ricks is a senior editor at BYU’s Religious Studies Center. As an editor at FARMS and the Maxwell Institute, she edited several volumes in the Collected Works of Hugh Nibley. She and her husband, Stephen, have six children, twenty grandchildren, and one great-grandchild. 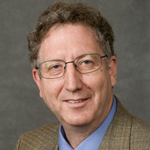 Stephen T. Whitlock is a semi-retired cybersecurity professional with over thirty years of experience. He has served in a variety of Church callings, including teaching early morning seminary for twelve years. He and his wife, Diane, have two children and seven grandchildren.