This is the first of eight weekly blog posts published in honor of the life and work of Hugh Nibley (1910–2005). Each week our post will be accompanied by interviews and insights in pdf, audio, and video form — some short and some longer.

Today, April 1, is not only April Fool’s Day (an irony Hugh Nibley would appreciate), but also the eleventh anniversary since the appearance of the nineteenth and last volume of the Collected Works of Hugh Nibley, entitled One Eternal Round. This book was Hugh’s master work, decades in the making.

This series is our way of celebrating the availability of a new, landmark publication entitled “Hugh Nibley Observed.”[1] It is available today in softcover, digital, and audio versions, and, in May, a beautiful hardback edition. The book contains many never-before-told anecdotes and stories that weave together Nibley’s life and scholarship. We hope it will not only delight and inspire old friends already familiar with Nibley’s work but also many new friends who may have heard stories about the man but have never read anything by or about him.

Our theme today revolves around the question: “Who was Hugh Nibley?” For links to this week’s text, audio, and video features, see below. 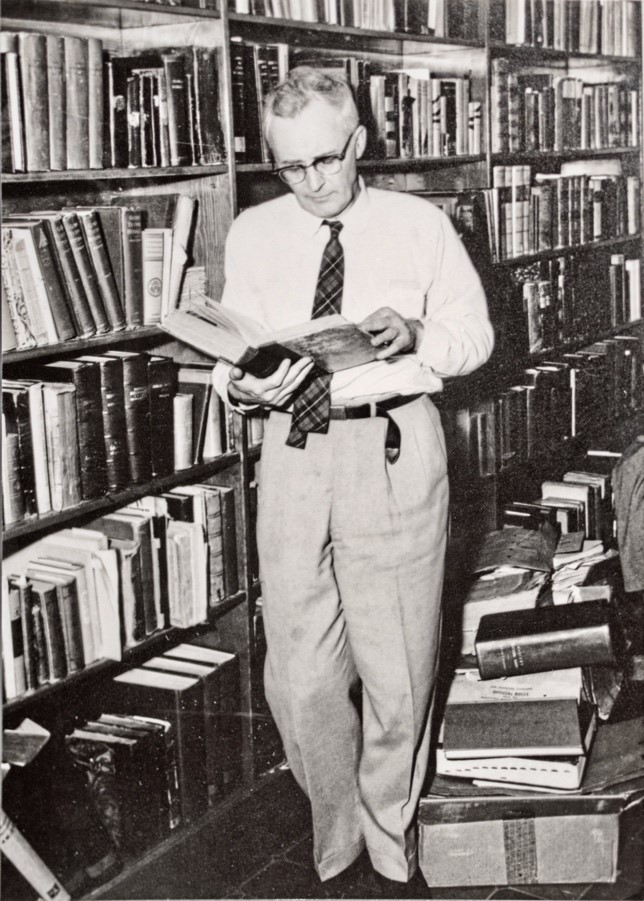 Over a period of four years Nibley worked his way through the stacks of the nine floors of the UCLA library, book by book, stopping whenever something caught his eye.[2]

Who was Hugh Nibley? 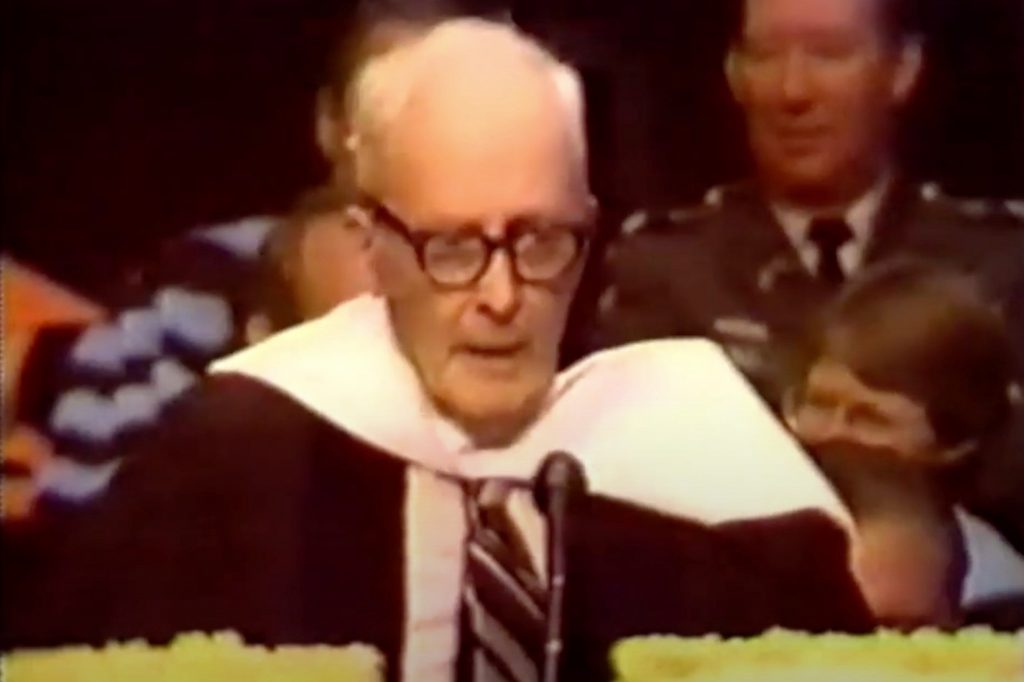 In his prayer at a BYU Commencement, Nibley opened by saying, “Father, we stand here garbed in the black robes of the false priesthood to heap upon us the honors of men.”[10]

Nibley was sometimes one of the harshest critics of Brigham Young University, yet one of the Church’s most faithful and loyal advocates: 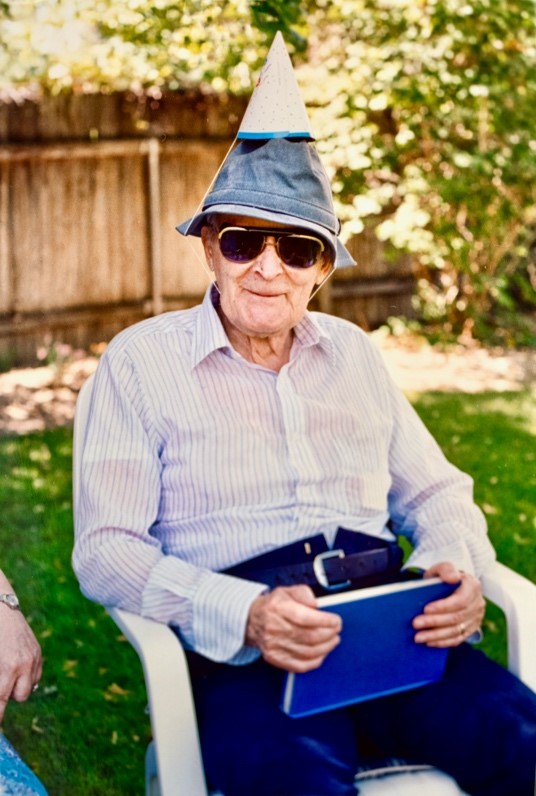 People liked Hugh Nibley because he was not afraid to say things that we wish we could say, to espouse unpopular causes, to thumb his nose at fashion, or to buck the crowd:

In his academic life, his discipleship, and his personal life, there has never been anyone quite like Nibley—and probably will never be again.

“The Faith of an Observer”

If you have never seen “The Faith of an Observer,” the entertaining and uplifting biographical video of Hugh Nibley’s life, you are in for a treat. Though the film has been available for many years in an online version made from an old videocassette, for the first time we are posting a much improved digital version.

Of great importance for those who want to follow Hugh’s rapid-fire speaking style, this is the first version to contain English subtitles. English, at least, except for the parts where he suddenly breaks into spontaneous German, Arabic, or Egyptian …

A pdf transcript of the film and audio files of the video are also available below for download.

Listen to an audio recording of “The Faith of an Observer”:

Listen to an audio recording of the short version: