The Kinshasa DR Congo Temple: A Personal Perspective
Part 6: What We Learned From Watching Harold Swerg 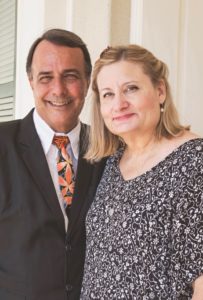 When we were young, my wife Kathleen and I were — and still are — different in so many ways. I grew up in a large family of sometimes very noisy siblings; she grew up in a quiet home with one brother. I love camping; she got more than her fill of camping as a small child when her father would park their travel trailer in the middle of a Utah-Nevada desert and hunt for antique colored-glass bottles on his motorcycle. I love classical music, and she usually prefers something else. She is skilled in creating beauty with her hands, while I can only stand back in awe and watch. She excels in details, while I struggle to keep the big picture in view. When she drives, she takes a strategically planned route, while I usually just follow the freeway. When I am thinking “turn right,” she says, “turn left.” She is reliably punctual, I was born fifteen minutes late — and I’ve been trying to catch up ever since.

If you were to ask her about the one thing we have in common, the thing that attracted us to each other as marriage partners, the way she would tell it to you is that we were both “serious.” In saying that, she doesn’t mean that neither of us have a sense of humor — though at times she has questioned the shape that mine takes. What I think she means is that we both trying our utmost to take one thing in life more seriously than anything else: following our Savior. Jesus, in fact, taught that if we were serious about our duty to God, we could not really be “serious” about anything that was unconnected to that duty — you cannot serve God and Mammon.[1] In the end, nothing else besides this choice to put God first in our lives matters.

From that strategic choice, all the small tactical choices in life flow naturally. They are already determined. The Christian philosopher Soren Kierkegaard succinctly expressed the supreme state of single-mindedness Jesus demanded of disciples: “Purity of heart is to will one thing.”[2] How I love Kathleen’s exceedingly pure heart! 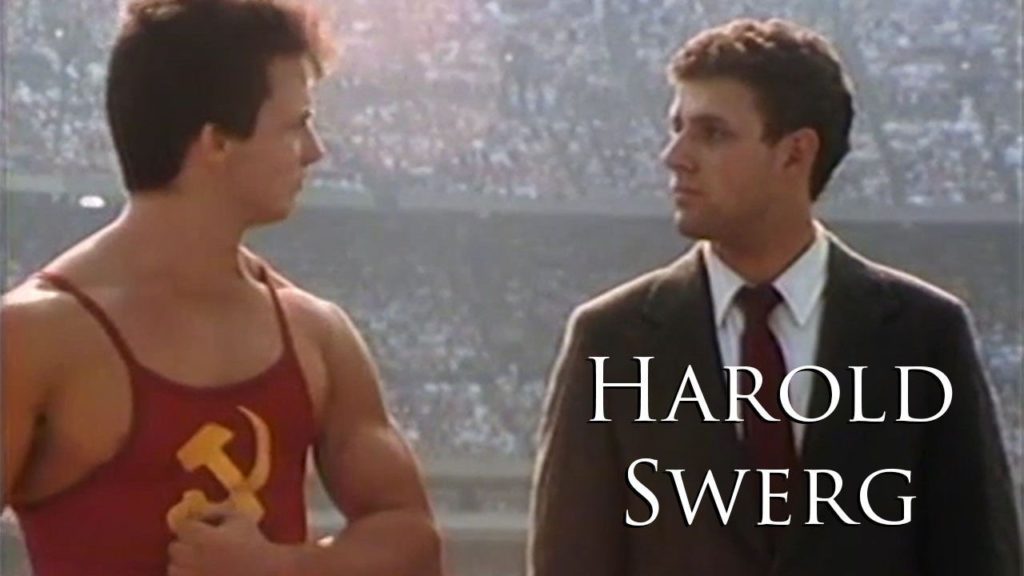 Before continuing the story, you should know that there is a Church calling in which Kathleen and I had both previously aspired to serve: ward librarian. Each time I had served as a bishop, as one of our initial actions during the first weeks, Kathleen and I planned a day to personally organize the ward library — cleaning it up and clearing it out so it would conform to the latest Church guidelines. This was, of course, before ward libraries became “media centers,” a time when most of the resources were still printed or mounted on paper. No doubt in part out of the satisfaction of seeing at least something tangible put in order every once in a while, we both would go home happy afterward.

On this, the most obvious level of the story, Kathleen and I can relate to Harold Swerg. During our last mission we were delighted to serve as office missionaries and in our current temple mission we enjoy not only the spiritual joys of working in the Lord’s House with people we love, but also the temporal joys of doing technical and clerical work when the president and matron ask us to help them or the other couples.

Getting back to the story of Harold Swerg, everyone, from the President of the United States to grocery store customers, tried to force Harold to participate in the Olympic Games, but he held out for a very long time before he finally agreed. When he does so, the viewer wonders whether he has compromised his principles.

Still dressed in his suit and tie, he goes up against the Soviet Union’s greatest baseball hitter, football kicker, and mile runner (the story was, after all, written during the Cold War). Surprisingly, however, he does not beat his opponents. At the climax of the story, the whole country is shocked, angry, and embarrassed. Harold is formally brought to court with the accusation that he did not give his all. We’ll leave you to watch the video yourself to see how the story ends.

To us, the story of Harold Swerg is a reminder of the contrast between the competitive drive to win at the world’s game and the personal challenge to meet the standard of “exactness”[4] required by God’s plan. Success is not about being first and best in a public contest but rather about giving one’s all in the unique and private field of labor to which one has been divinely assigned.[5]

[2] S. Kierkegaard, Purity. I was grateful when I discovered these words from Elder Boyd K. Packer, which express so well what I feel (B. K. Packer, Obedience):

When the judgments are rendered and I stand there for my accounting with the list of infractions to be reviewed, there is one thing that I can cling to. From the day of that commitment the element of intent is absent. Intent cannot be introduced if I really want to obey and I want to be good. I live in the hope that when I stand before God that fundamental truth relating to obedience and agency will be operative. When it is, it opens the great portals of mercy.

[5] Hugh Nibley emphasized the personal, private nature of his standing with the Lord as follows (J. W. Welch, Doorkeeper):

I have always been furiously active in the Church. … While I have been commended for some things, they were never the things which I considered most important. That was entirely a little understanding between me and my Heavenly Father which I have thoroughly enjoyed, though no one else knows anything about it. … I would rather be a doorkeeper in the House of the Lord than mingle with the top brass in the tents of the wicked (see Psalm 84:10).

Similarly, in chapters 2 and 3 of John, Nicodemus had to be reminded that Jesus’ own fitness to ascend to heaven and “enter into the kingdom of God” (John 3:5), like the fitness of every disciple who would qualify to do the same, could not be apprehended through outward signs that are seen and commended by men like himself (John 3:2), but only through the Spirit of God (1 Corinthians 2:10–16), who “seeth in secret” (Matthew 6:4, 18) and “knoweth the hearts” (Acts 15:8. Cf. 1 Samuel 16:7). Only the spirit of divine discernment (1 Corinthians 2:14) can reveal whether individuals, in their varied circumstances and capabilities, are following a course that will enable them to finish the work on the earth that God has given them to do (2 Timothy 4:7. Cf. John 17:4; 19:30), their uniquely tailored “errand from the Lord” (Jacob 1:17), which errand the Son of God as their exemplar fulfilled every “jot” and “tittle” (Matthew 5:18).