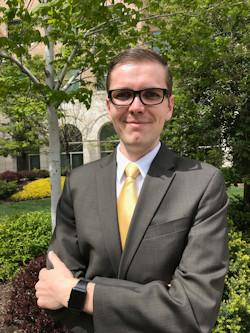 The Interview:  In a recent article published in Interpreter: A Journal of Latter-day Saint Faith and Scholarship titled “Et Incarnatus Est: The Imperative for Book of Mormon Historicity,” Stephen Smoot maintains the credibility of the Book of Mormon is intricately linked to its historicity.

As explained in the paper’s abstract:

Some have come to insist that the Book of Mormon should be read as inspired fiction, which is to say that readers, including Latter-day Saints, should abandon any belief in the Book of Mormon as an authentic ancient text and instead should see it as an inspired frontier novel written by Joseph Smith that may act as scripture for those who follow his teachings. This paper provides reasoning to reject this proposition as not only logically incoherent but also theologically impotent. It raises the objection that this position fundamentally undercuts the credibility of Joseph Smith. The Prophet’s direct claims concerning the coming forth of the Book of Mormon as well as how the Book of Mormon presents itself to the world do not easily permit any leeway for a “middle ground” on this matter.

About Our Guest:  Stephen Smoot earned his master’s degree from the University of Toronto in Near and Middle Eastern Civilizations with a concentration in Egyptology. His work on biblical and Latter-day Saint topics has been published by the Religious Studies Center, BYU Studies, the Neal A. Maxwell Institute, and the Interpreter Foundation. He currently works as a research associate for Book of Mormon Central.

Transcript:  For a transcript of this podcast (once its available from LDS Perspectives), go to http://www.ldsperspectives.com/2019/02/20/historicity-book-mormon/.