The Fourth Gospel with Joshua Matson 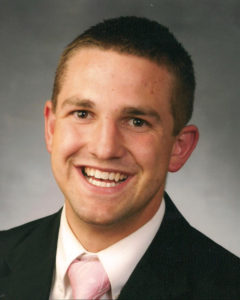 The Interview:  Even a casual, first-time reader quickly notices that the Fourth Gospel, or the Gospel of John, is different than the other New Testament gospels. From the first verse, the metaphorical language tells readers that this is more than a historical rehearsal; it is scripture written to persuade men that Jesus is the Christ, the promised Redeemer of Israel.

Jesus’ Second Temple period Jewish audience would have had expectations of what the Messiah would be like and what he would do. Depending on their religious community and sect, these hopes would likely represent exaggerations of various Old Testament prophecies. Some of the Jewish leadership had willingly altered the concept of the Messiah, but other characteristics became distorted through time.

The fourth evangelist likely wrote his gospel to a group of Jewish-Christian believers in the late part of the first century after Christ’s death. He meant his message to inspire Jews to re-examine their expectations and assumptions regarding the Messiah. The writer deliberately presents contrasting interpretations of messianic prophecy to emphasize how misguided expectations that hampered a belief in Christ.

In this episode of Latter-day Saints Perspectives podcast, Laura Harris Hales interviews biblical scholar Joshua Matson about why many first century Jews failed to see Jesus as the Messiah. Matson identifies the biblical texts that speak of the Messiah and those that interpret those prophecies in the Apocrypha. Many of these scriptures spoke of a warrior king who would reunite a divided Israelite kingdom and deliver Israel from bondage.

Jesus addressed these concerns during his ministry, and the fourth evangelist fashions the account to teach current Jews how to recognize the Messiah. His message to a first-century audience is just as applicable and beautiful to seekers today as it was two millenia ago. Tune in as Joshua Matson describes the messianic message of the Gospel of John.

About Our Guest:  Joshua Matson is a PhD candidate in religions of western antiquity at Florida State University, a teacher at the Tallahassee Institute of Religion, and currently is living in Israel as a research associate with the Scripta Qumranica Electronica Project at the University of Haifa. Josh received a BA in ancient Near Eastern studies from BYU, and a master’s in biblical studies from Trinity Western University..

Transcript:  For a transcript of this podcast (once its available from LDS Perspectives), go to http://traffic.libsyn.com/ldsperspectives/LDSP_Josh_Matson.pdf.