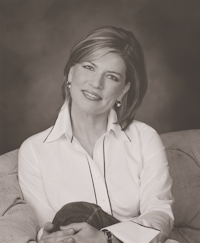 The Interview:  In early January, I sat down with Jane Clayson Johnson, a former news correspondent for CBS and ABC news, to discuss her research on mental illness. Over the course of three years, Jane recorded hundreds of interviews with Latter-day Saints about their experiences. Her book, Silent Souls Weeping, contains frank discussions aimed at breaking down the stigma associated with depression and providing ministering tools. Join us for Jane Clayson Johnson’s perspective on mental illness.

About Our Guest:  Jane Clayson Johnson is an award-winning journalist widely known for her work at CBS News, ABC News, and the nationally syndicated NPR program On Point. Over more than two decades, she traveled the world covering stories from international news to presidential campaigns and interviewing the biggest newsmakers of the day. Jane is the best-selling author of I Am a Mother. She has served in regional, stake, and ward public affairs, as a Gospel Doctrine teacher, and in many Relief Society and Primary callings. Jane and her husband, Mark, live in Boston. They are the parents of five children and grandparents of three.

Transcript:  For a transcript of this podcast (once its available from LDS Perspectives), go to http://traffic.libsyn.com/ldsperspectives/LDSP_Silent_Souls_Weeping.pdf.