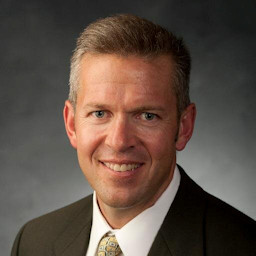 The Interview:  In this episode of LDS Perspectives Podcast, Laura Hales interviews Eric D. Huntsman about his new book, Becoming the Beloved Disciple: Coming unto Christ through the Gospel of John, about learning from the Gospels, and John more generally.

As this year’s Come Follow Me course of study leads individuals and families to study the New Testament more intently, Huntsman’s new book treating important aspects of the Gospel of John provides helpful models for understanding and applying John, and other scripture, to today’s world. While Latter-day Saints are accustomed to “likening all scripture unto ourselves” (see 1 Nephi 19:23), sometimes we have difficulty understanding scripture in its original context, making it less accessible for modern readers. In the introduction to Becoming the Beloved Disciple, Huntsman borrows two images from Murray Krieger, a scholar of Shakespeare’s sonnets, to better understanding texts: seeing literature first as a window and then as a mirror. Using these images, he suggests that we first see John, and other scripture, as a window into the ancient world that requires us to understand what it meant “to them, there, then.” After that, we are better able to hold scripture up to ourselves, using it as a mirror to understand what it means “to us, here, now.”

Huntsman, who is involved in a much larger project producing a translation of and full commentary on the Gospel of John, became interested in how drama theory, and particularly character theory, applied to the Fourth Gospel. Searching for a way to produce a medium-length book for Latter-day Saints on John, he was struck by the possibility of using the various characters in this Gospel to represent the different walks of faith and the different types of members that we find in the Latter-day Saint Church today. As he writes in the preface of his new book, “At a time when the Church and society-at-large are grappling with questions of unity and diversity, the characters of John show that there are many ways to be disciples of Jesus Christ.”

In Becoming the Beloved Disciple, Huntsman has chosen some of the most striking characters in the Gospel of John, arranging them in chapters that present similar themes and reflect different ways of coming to Christ and gaining testimonies of who he is and what he came to do. The first disciples—most of whom were later numbered among the Twelve—came to faith in the way so many people do today, through the witness of others, which they then act upon and make their own. Others, however, such as Nicodemus and the Samaritan woman at the well, represent different types of faith. In many ways Nicodemus has much in common with some intellectuals today who are more comfortable with questioning and reasoning and as a result have different walks of faith, even though they, too, can come securely to a witness of Jesus’ saving death on the cross. The Samaritan woman was the ultimate outsider. In terms of her ethnicity, gender, and even lifestyle, she was looked down on by the Jewish mainstream of her day. Nonetheless after Jesus ministered to her directly, she became the first, and in many ways most effective, missionary in the Gospel, bringing her entire village to Christ.

Other types of disciples include “women who knew” such as the mother of Jesus and Mary Magdalene; the disciples who were troubled by “hard sayings”; friends of Jesus such as Martha and Mary of Bethany who were not spared suffering despite their close relationship with the Lord; and impulsive but devoted disciples such as Thomas and Peter, who though fallible were nonetheless faithful. In each chapter, Huntsman marshals solid New Testament scholarship to provide us accurate windows into these characters and what they represented. He then closes every chapter with application sections that hold these characters up as mirrors, comparing them to experiences of people in the Latter-day Saint Church, including some of his own most vulnerable experiences, today.

Huntsman closes his book, and our interview, with a discussion of the fundamental beliefs and experiences that we all must share despite these diversities of faith walks. These common fundamentals are represented by the best disciple figure in the Gospel of John, the unnamed character known as “the disciple whom Jesus loved.” While traditionally identified with the apostle John, the figure of the Beloved Disciple is purposefully maintained as an anonymous character so that readers can better identify with him. He alone of Jesus’ closest followers reclines in the bosom of the Savior at the Last Supper. He stands with Jesus’ mother at the foot of the cross, and he runs with Peter to the Empty Tomb. Finally, he appears in the final scene of the Gospel, following the Risen Lord as one whose testimony is true. Huntsman suggests that despite our different life experiences and trajectories of faith, we can, and should, all, like the Beloved Disciple, rest in the arms of Jesus’ love, stand at the foot of the cross to gain a witness of his saving death, run with hope in the resurrection, and finally follow Christ, knowing that our testimonies are true.

About Our Guest:  Eric D. Huntsman completed his BA at BYU in Classical Greek and Latin and his MA and PhD at the University of Pennsylvania in Ancient History. He taught Classics at BYU from 1994 until 2003, when he transferred to Religious Education, where he is a professor of Ancient Scripture. After teaching at the BYU Jerusalem Center in 2011–12, he was appointed the coordinator of the Ancient Near Eastern Studies Program in BYU’s Kennedy Center for International Studies. He is scheduled to return to the Jerusalem Center as its academic director in 2020–22. His research and writing focus on the New Testament Gospels, especially John. His most recent books for general Latter-day Saint audiences are Worship: Adding Depth to Your Devotion and Becoming the Beloved Disciple: Coming unto Christ through the Gospel of John. On August 7, 2018, he delivered a landmark BYU devotional address entitled, “Hard Sayings and Safe Spaces: Making Room for Struggle as Well as Faith.” He has also been a frequent speaker with BYU Education Week, Women’s Conference, and Deseret Book’s Time Out for Women.

Transcript:  For a transcript of this podcast, go to http://traffic.libsyn.com/ldsperspectives/LDSP_E._Huntsman_on_Discipleship.pdf.