Royal Skousen's Analysis of 2013 Edition of the Book of Mormon

This is my analysis of the changes in the Book of Mormon text that the Church announced yesterday. I will be discussing these changes briefly in my lecture this coming Tuesday, March 5th, on the Book of Mormon editions. Actually, most of these changes appeared in the 2004 Doubleday edition, which I will be highlighting near the end of the lecture, just before I discuss the Yale edition, which most closely approximates what I believe the original dictated text to be.

As noted, most of these textual changes appeared earlier in the 2004 Doubleday edition. Any change that appears here for the first time is indicated by an exclamation mark (!).

Cases marked with a delta (Δ) means that the 2009 Yale edition differs. All the following changes in substantives are discussed in the critical text; see Analysis of Textual Variants of the Book of Mormon (ATV), published by the Foundation for Ancient Research and Mormon Studies (FARMS) in six parts from 2004 through 2009.

All canonical prefaces are now set in roman type: 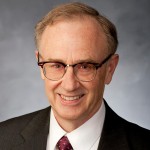 Royal Skousen, professor of linguistics and English language at Brigham Young University, has been the editor of the Book of Mormon critical text project since 1988. Volumes 1, 2, and 4 of the critical text are published by the Foundation for Ancient Research and Mormon Studies. In 2009, Skousen published with Yale University Press the culmination of his critical text work, The Book of Mormon: The Earliest Text. He is also known for his work on exemplar-based theories of language and quantum computing of analogical modeling.
View all papers by Royal Skousen →