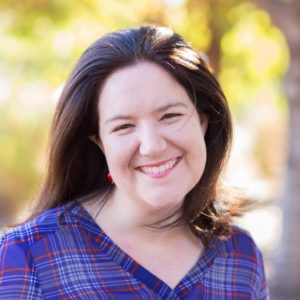 On this episode of the LDS Perspectives Podcast, Russell Stevenson interviews Elizabeth Kuehn, a Joseph Smith Papers historian and documentary editor, about one of the lasting blemishes on the Mormon Kirtland experience – the failure of the Kirtland Safety Society Bank.

Most agree that the Panic of 1837 was the proximate cause of the failure of the bank, but many have long speculated about Joseph Smith’s culpability in the episode and how the practical fallout from the collapse led to the falling away of some of Joseph’s closest associates.

When we talk about bank panics, it is natural to visualize It’s a Wonderful Life. George Bailey has a savings and loan company and all these people run into the bank, and they want to withdraw their money. He says, “Well, you know, your money’s in this person’s home, and your money’s in that person’s home.” But this is not at all like it was within Kirtland.

The Kirtland Safety Society was not a deposit bank, so it doesn’t have that It’s a Wonderful Life connection. It’s funded by shareholders who are slowly paying for their stock, and that’s the funding for the bank. The bank exists because John Johnson and Oliver Cowdery and Emma Smith had all paid a portion for their stock.

The establishment and failure of the Kirtland Safety Society is a rather complicated issue – one that deals with specie, 1830s finance laws, bank vetoes, and practices foreign to modern financial practices. Kuehn deftly walks Stevenson and listeners through the ins and outs of how the bank is established, its short life and demise, and the fallout.

Sometimes the Kirtland Safety Society is presented as this weird or reckless endeavor when actually, it was born out of ambition, and it made a lot of sense for the Kirtland community to try and jump start the economy. Even their detractors noted that it made sense. Joseph tried it, and it failed. He was disappointed by this, but it didn’t consume him. He was able to move on. Many others were able to move on.

Kuehn shares a spectrum of examples of how members reacted to the failure. There is Parley P. Pratt who came out strong and angry, then became one of the most repentant. Next you have the quiet acceptance of Wilford Woodruff and the staunch acceptance of Brigham Young, who realizes some of Joseph Smith’s shortcomings but is able to move forward.

You also get some poignant descriptions in the letters of Vilate Kimball, where she recognized what the dissenters are feeling and experiencing. They feel betrayed; they feel this sense of being unheard; they’re not being part of the decision making process that they want to be part of. She says, “You know what? I feel a lot of sympathy and pity for them, but the Lord requires His people to be chastened.” That’s kind of where she ends it, with this expectation of, “You have to get in line with the Prophet if you’re going to continue with the Saints.”

Later in Utah Joseph Young called this a stumbling block for the Saints — a moment where they have to decide whether or not Joseph is a prophet and whether or not they will follow him. For Kuehn, that’s the larger take away. This question of “What are the expectations of a prophet?” and looking closely at this period of dissent, this period of faith crisis, and these questions of “Where do you draw your lines? How do you voice your disagreement?”

Tune in to hear Elizabeth Kuehn discuss religious and financial crisis during the Kirtland years. To read more from the Joseph Smith Papers on the topic, check out Documents, Volume 5: October 1835-January 1838.

The episode is re-posted with permission of LDS Perspectives Podcast.