The Council of Fifty’s Quest for Religious Liberty with W. Paul Reeve 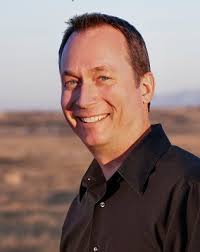 W. Paul Reeve is a professor of history and the director of graduate studies in history at the University of Utah where he teaches courses on Utah history, Mormon history, and history of the US West. Recently he was named the director of the newly organized Mormon Studies program. He is an award-winning teacher and author of Religion of a Different Color: Race and the Mormon Struggle for Whiteness among other notable books.

Paul contributed a chapter to the recently released anthology The Council of Fifty: What the Records Reveal about Mormon History, which is a collection of scholarly reactions to the release of the records by the Joseph Smith Papers.

In this interview, Laura Harris Hales interviews Paul Reeve about the early Mormon struggle for religious freedom in Nauvoo, territorial Utah, and the efforts by modern-day Mormons to prevent history from repeating itself in regards to religious discrimination in the United States.

To access a transcript of this episode, visit LDS Perspetives.

This podcast is cross-posted with permission of LDS Perspectives.