Latter-day Saint Beliefs on the Apocalypse with Christopher J. Blythe 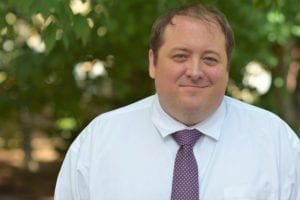 The Interview: The mayhem of 2020 has brought the Apocalypse to the forefront of many people’s minds, but for Latter-day Saints, this kind of thinking is nothing new. Christopher J. Blythe describes in his new book, Terrible Revolution: Latter-Day Saints and the American Apocalypse, how apocalypticism has presented itself throughout the church’s history.

Blythe notes, “Latter-day Saints of the nineteenth century belonged to an apocalyptic tradition. Their very identity was entangled with the belief that society was headed toward cataclysmic events that would uproot the current social order in favor of a divine order that would be established in its place” (p. 8). Nearly 200 years later, that tradition is still alive within Latter-day Saint culture.

In this episode, Christopher J. Blythe discusses how end-times narratives have evolved and been perpetuated not only through official Latter-day Saint leadership channels but also folk traditions and lived religion.