A Church History Moment with J. B. Haws 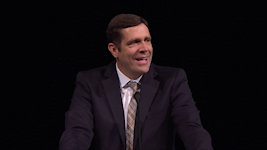 About the Interview: With the release of Saints last year, the study of church history officially moved beyond the dusty cobwebs of the Church History Library and the podiums of sparsely attended academic conferences to the nightstands of lay members. Suddenly, members were talking about a more complex narrative than they had rehearsed in their Sunday meetings.

But was this change really sudden? J. B. Haws, associate dean of BYU’s College of Religious Education, believes this interest has been growing for many years. In 2017, guest podcaster Taunalyn Rutherford interviewed Dr. Haws about his research on what he sees as a seminal moment in the study of Latter-day Saint history. He traces the origins of this new trend and speculates why this moment has been so much more successful than a similar increase in interest during the 1970s. Their discussion identifies key players in architecting a movement that will shape how a new generation of Saints approach Latter-day Saint history.

Please note that this interview was conducted before members were asked to use terms other than Mormon and Mormonism when referring to the church.

About Our Guest: Professor J.B. Haws is an accomplished associate professor of Church History and Doctrine at Brigham Young University. Since attending Weber State University and BYU and receiving his PhD in American History from the University of Utah, Professor Haws has authored and edited for several works on the history of the Latter-day Saints in America. These include the book The Mormon Image in the American Mind: Fifty Years of Public Perception and the articles “Reconciling Joseph Smith—History 1:10 and 1:18–19” for Religious Educator, “When Mormonism Mattered Less in Presidential Politics: George Romney’s 1968 Window of Possibilities” for Mormon Historical Studies, and “President Joseph F. Smith’s Encouragement of His Brother, Patriarch John Smith” for the book Joseph F. Smith: Reflections on the Man and His Times, which he also worked on as an editor. His focus on the Church’s history and American perception of it through the twentieth and twenty-first centuries has helped change and inform public opinion of the Church.

Professor Haws was born and raised in Utah. He served a mission in the North Carolina Raleigh Mission before returning to his home state for his education and career. After graduating, Professor Haws spent several years teaching seminary in northern Utah before joining the religious education staff of BYU as an associate professor and a coordinator of BYU’s Office or Religious Outreach.

After returning home from North Carolina, he married Laura Favero. The two have four children that Professor Haws talks about in his devotional “…” From his children, he has learned many different lessons about love, pride, cooperation, and comparison that he shared in that speech for his BYU audience. “I can still hear his little voice yelling, “Good catch, Par!” or “That was great, Par!” And then he would miss the next throw that came to him. But somehow that didn’t dampen his enthusiasm for Parley’s success. Somehow, he knew that his contest was not with Parley. He could have joy in Parley’s success. How do we recapture that sense of childlike celebration for the good fortune of others?”*