The Council of Nicaea with Lincoln Blumell 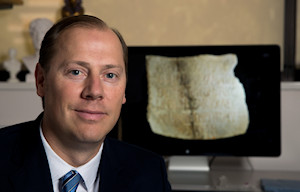 About the Interview: Lincoln Blumell researches Christianity in the Roman and Byzantine periods with a special emphasis on Christianity in Egypt, Greek, and Coptic papyrology and epigraphy, with degrees from Oxford and the University of Toronto. But in addition to his complex research endeavors, he is also an educator. And it is in this role that he sat down with Laura Harris Hales to discuss his work to reframe and augment Latter-day Saint knowledge of New Testament peoples and early Christianity. Join us as we discuss one of the most misunderstood and formative events in the early Christian period and also a new resource Blumell edited to help members better understand New Testament writings.