“Come to the House of the Lord”

Figure 1. “King Hezekiah’s seal impression (bulla) mentions his name and the name of his father, Ahaz, in the upper register, as well as Hezekiah’s title as king of Judah in the lower register. The symbol of the [Assyrian] two-winged sun disk[, associated with royalty,][2] flanked on both sides by an [Egyptian] ankh[, a symbol of life,] extends over the full length of the bulla’s central part.”[3]

Question: Hezekiah is known as being, after David, the greatest king in Israelite times. Are there any archaeological remains of his reign in Jerusalem?

Summary: Recent discoveries at the Ophel and Gihon Spring sites relating to Hezekiah are providing new insights into the history of ancient Jerusalem and its temple.

In contrast to his predecessors and successors, 2 Chronicles 31:20 asserts that King Hezekiah “wrought that which was good and right and truth before the Lord his God.” In 2 Kings 18:3-6, we are told further:

3 And he did that which was right in the sight of the Lord, according to all that David his father did.
4 ¶ He removed the high places, and brake the images, and cut down the groves, and brake in pieces the brasen serpent that Moses had made: for unto those days the children of Israel did burn incense to it: and he called it Nehushtan.
5 He trusted in the Lord God of Israel; so that after him was none like him among all the kings of Judah, nor any that were before him.
6 For he clave to the Lord, and departed not from following him, but kept his commandments, which the Lord commanded Moses.

This article provides a brief photo essay highlighting new archaeological discoveries relating to Hezekiah at the Ophel and Gihon Spring sites in Jerusalem. At the first site (excavated by Benjamin Mazar and Eilat Mazar), a seal of King Hezekiah has been found adjacent to what is possibly a seal of the prophet Isaiah. Their names are, of course, frequently mentioned together in scripture. At the second site (excavated by Ronny Reich and Eli Shukron), questions have been raised about the traditional history of “Hezekiah’s” tunnel and newly found chambers near the Gihon spring may give insight into early worship practices. For more detail, readers are referred to the full articles detailing these finds in the References section.

New Discoveries Relating to Hezekiah at the Ophel Archaeological Site 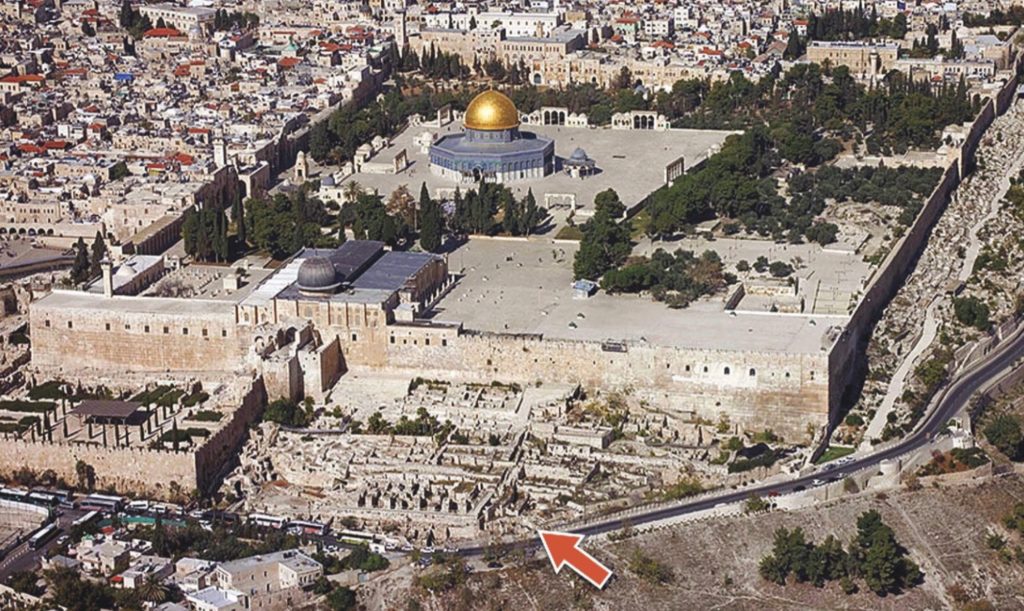 Figure 2. “Looking northwest, this photograph identifies the location of the Ophel site [Jerusalem Archaeological Park] immediately south of the Temple Mount in Jerusalem. The arrow points to Area A2009, where King Hezekiah’s and Isaiah’s bullae were found.”[4] The Hebrew word “ophel” is thought to signify a high, fortified place. The park was opened in 2011, following excavations by Eilat Mazar. Some think the ruins of the Ophel were part of a “complex of fortifications that King Solomon constructed in Jerusalem: ‘…until he had made an end of building his own house, and the house of the Lord, and the wall of Jerusalem round about.'”[5] 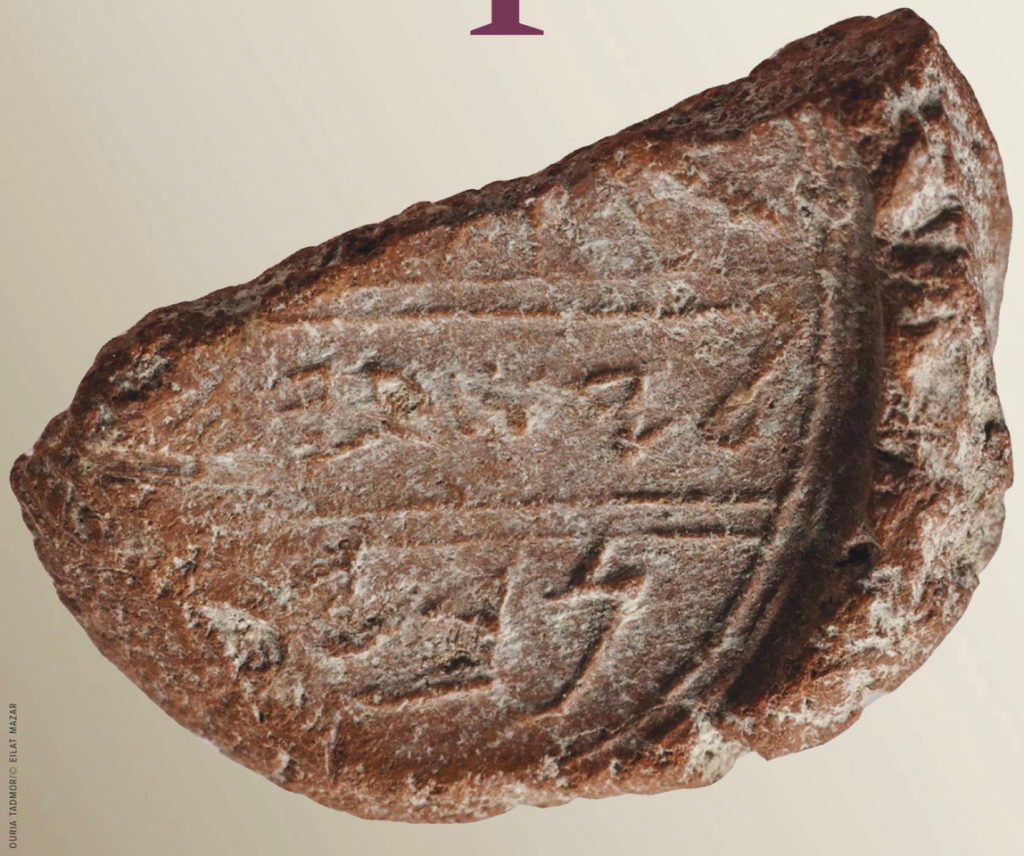 Figure 3. “[Although] questions still remain about what [this bulla] actually says, … the close relationship between Isaiah and King Hezekiah, as described in the Bible, and the fact that the bulla was found next to one bearing the name of Hezekiah seem to leave open the possibility that … this may have been an impression of Isaiah the prophet, adviser to King Hezekiah.”[6] By following Isaiah’s counsel, Hezekiah and his people largely avoided the heavy destruction that the Assyrians inflicted on the northern kingdom of Israel. 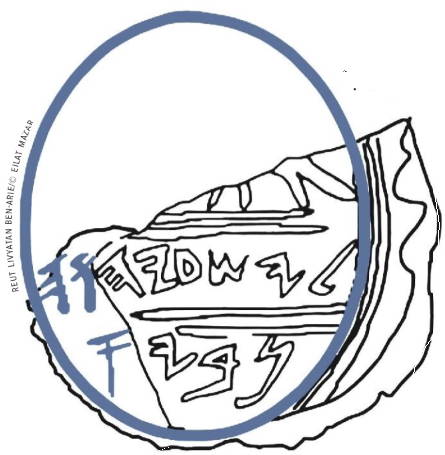 Figure 4. “The Isaiah bulla’s top register show the [legs] of a grazing doe[, a symbol of blessing]. It’s middle register reads, leyesha’yah[u], which means “[belonging] to Yesha’yah[u]”; the anglicized name of Yesha’yahu is Isaiah. The register’s damaged left end probably original included the Hebrew letter vav (the “[u]” of “Yesha’yah[u]”), and perhaps a heh (“h”), which would have served as the definite article {“the”) for the following word. The word nvy appears in the lower register. If the Hebrew letter aleph were added to the end of the word, at the bulla’s damaged left end, the word would then read nvy’, which signifies a “prophet” in Hebrew. This would strongly suggest that the bulla belonged to the prophet Isaiah.”[7] Alternatively, if the Hebrew letter aleph was not originally at the end of the word nvy, the word would have likely been the personal name of Yesha’yahu’s father (i.e., “Nvy”) rather than a title (i.e., “prophet”).

New Discoveries Relating to Hezekiah at the Gihon Spring Site 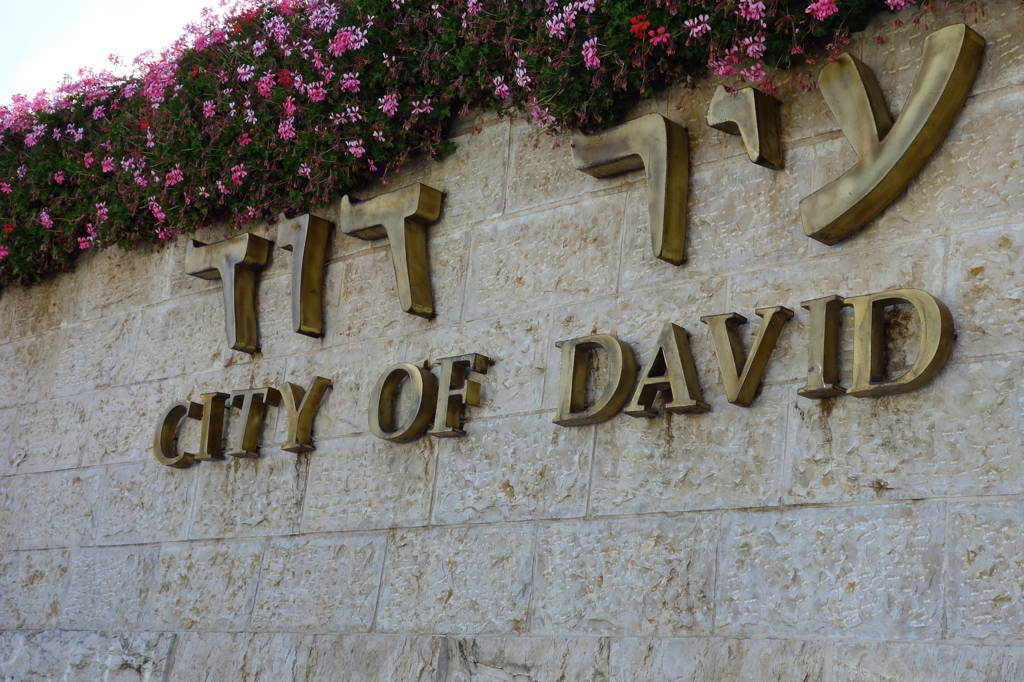 Figure 5. Entrance to the City of David Park and Archaeological Site[8]

Further to the south of the Ophel site is an area that has come to be known as the “City of David,” the place where Jerusalem began. Because it is located within the mostly Arab neighborhood of Silwan, part of the West Bank, control of the City of David is a delicate issue between Israelis and Palestinians. 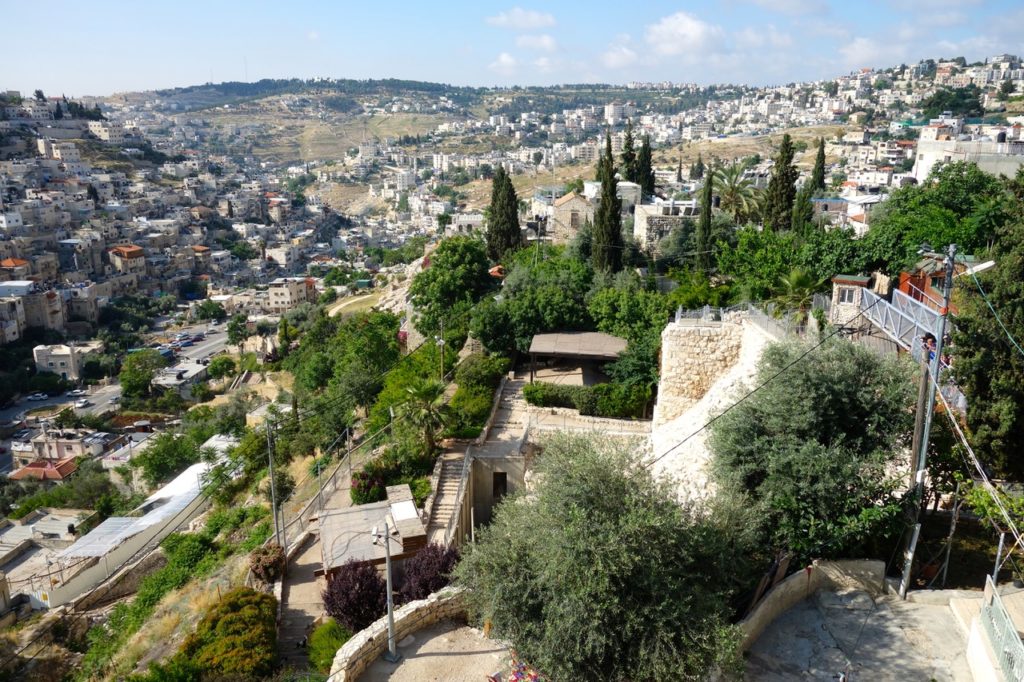 Figure 6. Looking southward at the eastward slope of the City of David toward the Kidron Valley[9]

For nearly two decades, Ronny Reich and Eli Shukron have been at work to uncover clues to the history of the site. Their most well-known discoveries have to do with their work at the Gihon Spring, where they have uncovered impressive fortifications (“The Spring Citadel”) meant to protect the spring that originally date to Canaanite times, nearly two thousand years ago.[10] An elaborate system of towers, tunnels, channels, and pools built over many centuries assured that the city’s only fresh water supply could not be interrupted by their enemies. 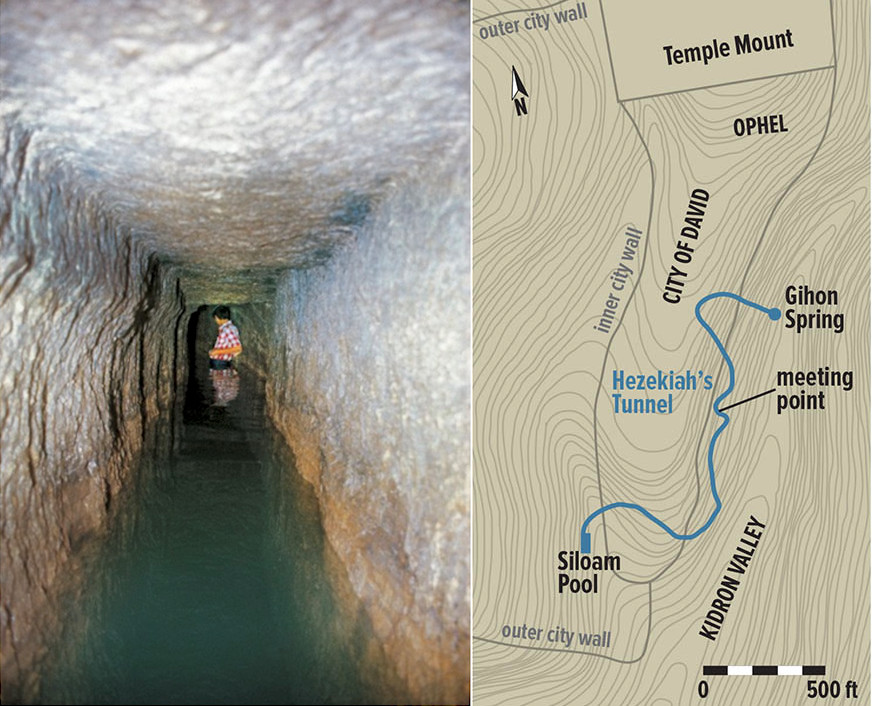 The famous “Hezekiah Tunnel” (also known as the Siloam Tunnel) was carved out of solid rock to carry water from the Gihon Spring to the pool of Siloam over a distance of 1750 feet. Since 1880, the tunnel was thought to have been built by Hezekiah between 705 and 701 BCE as his people prepared for an anticipated siege led by the Assyrian king Sennacherib.[12] 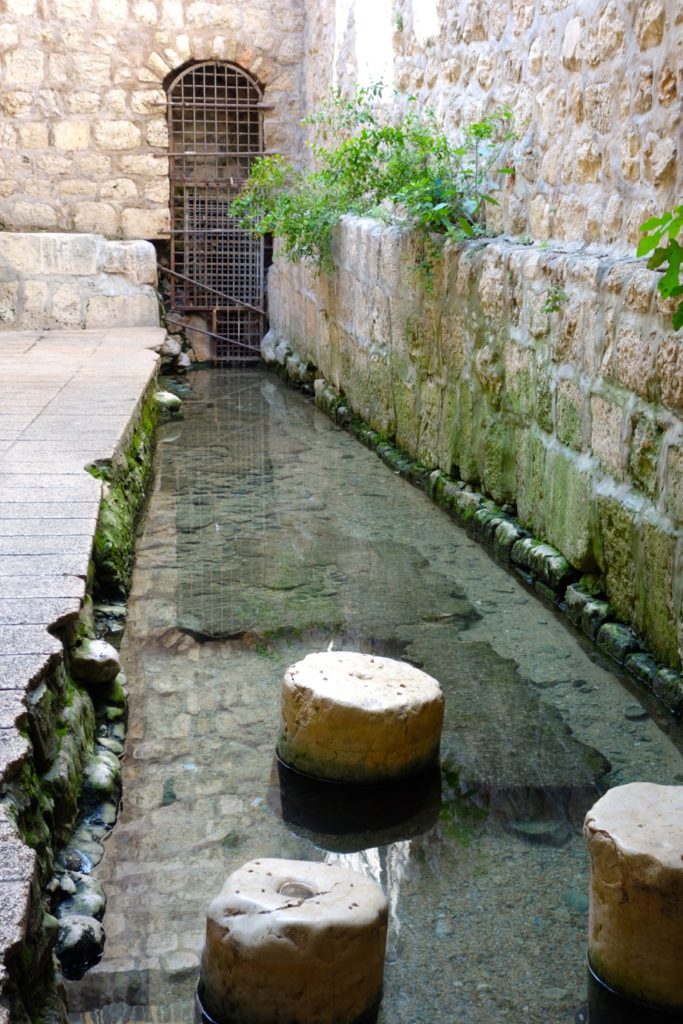 Figure 9. Pool of Siloam.[13] The pool is at the site where Jesus told the blind man to wash his eyes, after having anointed them with clay and spittle (John 9:6-11)

Several attempts have been made in previous decades to prove that the Siloam tunnel was built, not by Hezekiah, but by one of his predecessors or successors. While these previous attempts have been strongly refuted,[14] the conclusions of Reich and Shukron that the tunnel was constructed no later than early part of the 8th century BCE, long before Hezekiah, have now been generally accepted.[15] That does not mean that Hezekiah was not involved in other improvements to the water system, only that this particular tunnel cannot be attributed to his efforts. 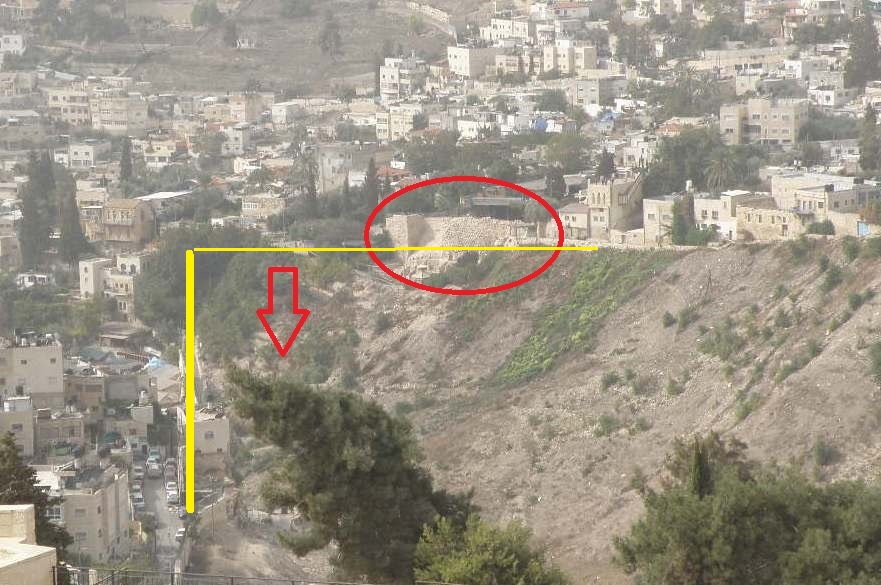 Figure 10. Hill of the City of David.[16] “On the left is the Kidron valley, now filled in with the rubble of destruction and centuries of erosion and dust storms. Circled on top of the hill is the ‘stepped stone structure,’ thought to be an ancient retaining wall. The building to the right of the circle is the City of David Museum. The arrow points to the location of the worship site found underground. The Gihon Spring is adjacent to this area.”

Of equal, or perhaps greater, importance is the surprising discovery of a sacred site adjacent to the Gihon Spring. There is evidence that the area was used anciently for animal sacrifice and other forms of ritual and worship. 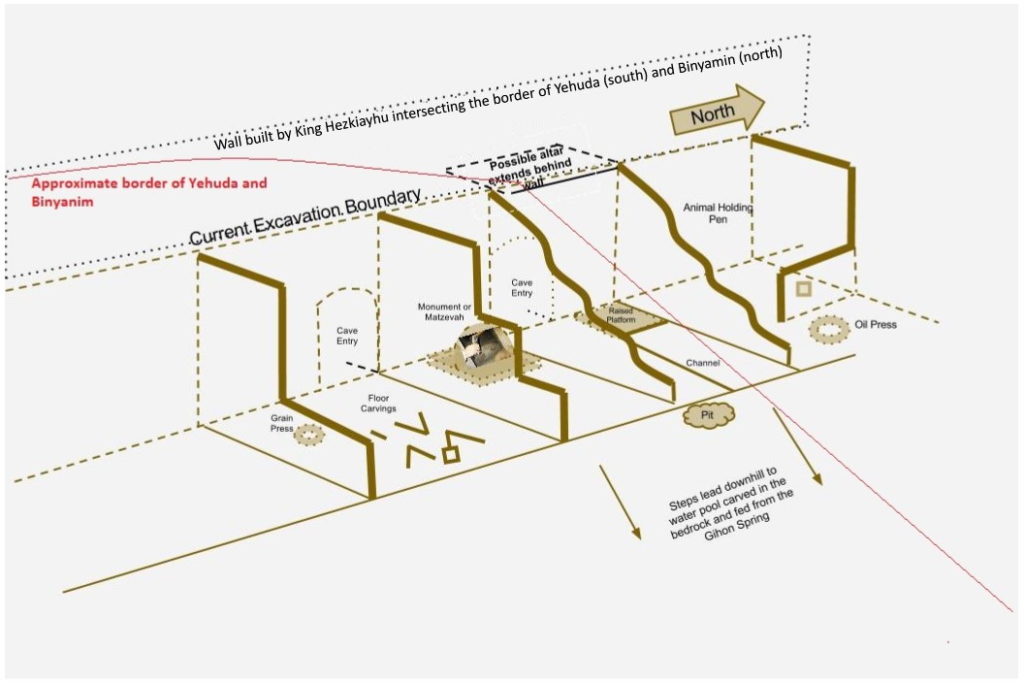 Figure 11. Drawing of the ancient worship site. These rooms are located on the upper ridge above the upper Gihon Pool[17]

The drawing above shows the layout of the various rooms in the structure. Platforms for animal sacrifice and what seems to be an animal holding pen were discovered at the site. Many animal bones were discovered in areas below. An olive press and a grain press were also discovered. The olive press was small in scale, perhaps made for use as part of anointings for individuals and of the pillar (see below). 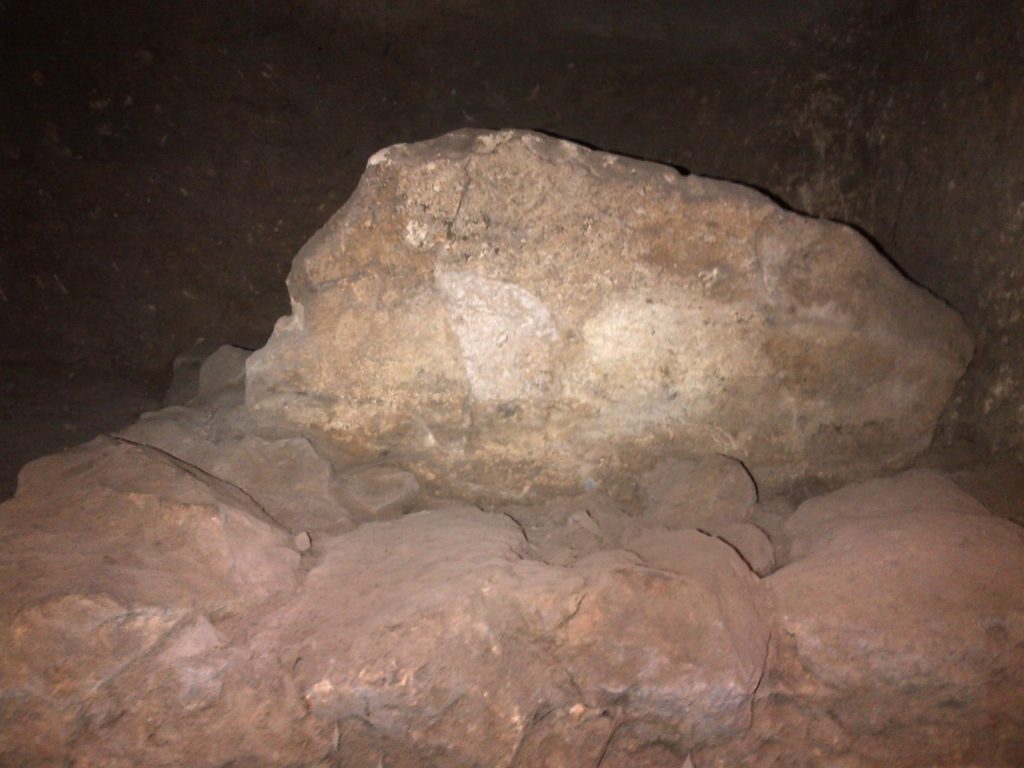 Figure 12. Matzevah[18] (Hebrew “pillar”) mounted in a base of twelve stones found at the worship site[19]

A natural stone pillar, similar to the one erected by Jacob,[20] was set in a base of twelve smaller stones. 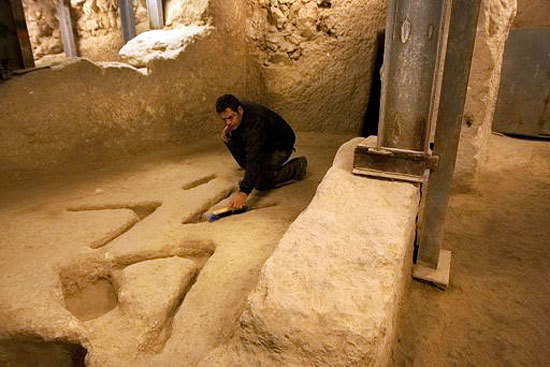 Mysterious markings in one of the rooms have been the subject of much speculation, and even a request to the public for help in identifying the markings.[22] Are they symbols, Hebrew letters, or purely of a functional nature? Although the response was overwhelming, nothing conclusive has been deduced.

Despite centuries of previous excavations in Jerusalem, careful efforts of dedicated archaeologists and other scholars are continuing to yield discoveries that help us better understand the Old Testament — and, in particular, the life and accomplishments of Hezekiah, who became a great king and preserver of his people through following the counsel of the prophet Isaiah.

[2] Cf. Malachi 4:2: “But unto you that fear my name shall the Sun of righteousness arise with healing in his wings.”

[10] Recently, scholars performing carbon dating for this structure have concluded that it was built in ca. 900 BCE (A. Borschel-Dan, Carbon Dating). However, discussion of the validity of these results is still ongoing..

[22] What are these strange markings found near Jerusalem’s Gihon Spring.

Jeffrey M. Bradshaw (PhD, Cognitive Science, University of Washington) is a Senior Research Scientist at the Florida Institute for Human and Machine Cognition (IHMC) in Pensacola, Florida (www.ihmc.us/groups/jbradshaw; en.wikipedia.org/wiki/Jeffrey_M._Bradshaw). His professional writings have explored a wide range of topics in human and machine intelligence (www.jeffreymbradshaw.net). Jeff has been the recipient of several awards and patents and has been an adviser for initiatives in science, defense, space, industry, and academia worldwide. Jeff has written detailed commentaries on the Book of Moses and Genesis 1–11 and on temple themes in the scriptures. For Church-related publications, see www.TempleThemes.net. Jeff was a missionary in France and Belgium from 1975 to 1977, and his family has returned twice to live in France. He and his wife, Kathleen, are the parents of four children and fifteen grandchildren. They served two missions in the DR Congo and currently live in Nampa, Idaho, where Jeff serves as a church service missionary for the Church History Department. He is working on a book and a film for Interpreter on the stories of the Saints in central Africa.
View all papers by Jeffrey M. Bradshaw →
Subscribe
Donate Today