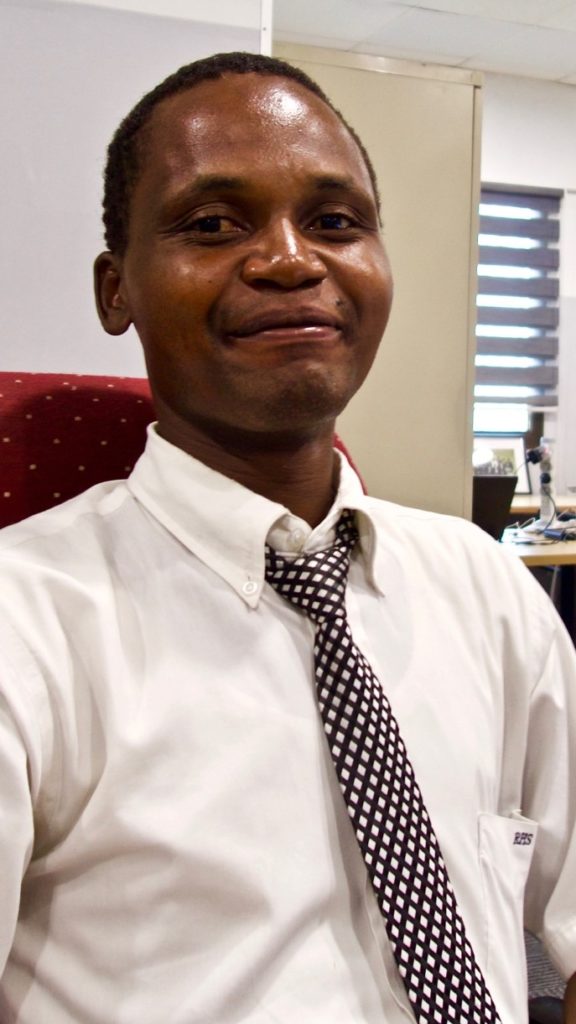 While working on a recent project, I asked Rodrigue Kabuya Kabamba, a member of the Church in Kinshasa, DR Congo, to help me on some graphic designs. This isn’t the first time he has bailed me and others out — his work has been an important part of several other Church projects during the last few years, including his handsome designs for several visual concepts — large and small — that were needed for the open house and dedication events of the new Kinshasa DR Congo Temple. Nearly all of this time-consuming work has been done cheerfully at no cost as part of Church assignments.

Recently, as he copied the graphics he created for me from his laptop to mine, he included some of his video projects, including a short video he had created for Africa Southeast Area Public Affairs in 2017. It contained a delightful montage of Congolese children describing what Easter meant to them. After seeing it, I asked if he would mind if I asked permission from the Area Public Affairs to add English subtitles, a new and include it as part of a blog post.

With the kind permission of the Africa Southeast Area Public Affairs team, I am posting Rodrigue’s touching video, along with another short extracted from an oral history where he explains his perspective on visual communication and shares his testimony.

Happy Easter from the DR Congo!

3A: Testimony of a Visual Artist from the DR Congo