“Continue in Humility”[1]
Stories of the Saints in the DR Congo, Part 5

Author’s note: This series shares six stories about members of The Church of Jesus Christ of Latter-day Saints from the Democratic Republic of the Congo. Each story is framed in the context of a Christlike attribute. This article with examples of humility is an adapted and expanded from part  of a presentation given at the FairMormon 2018 Conference. The video version of the entire FairMormon presentation is available on the FairMormon YouTube channel at https://www.youtube.com/watch?v=nJl9FvLKmjw

As I think about the many steps, each one small but necessary, that have been required to prepare the Church in the DR Congo for a temple, I remember the scripture: “Out of small things proceedeth that which is great.”[2]

The story of Norman and Jinky Kamosi describes one of those steps, made possible by events that the Lord had put in motion decades beforehand. 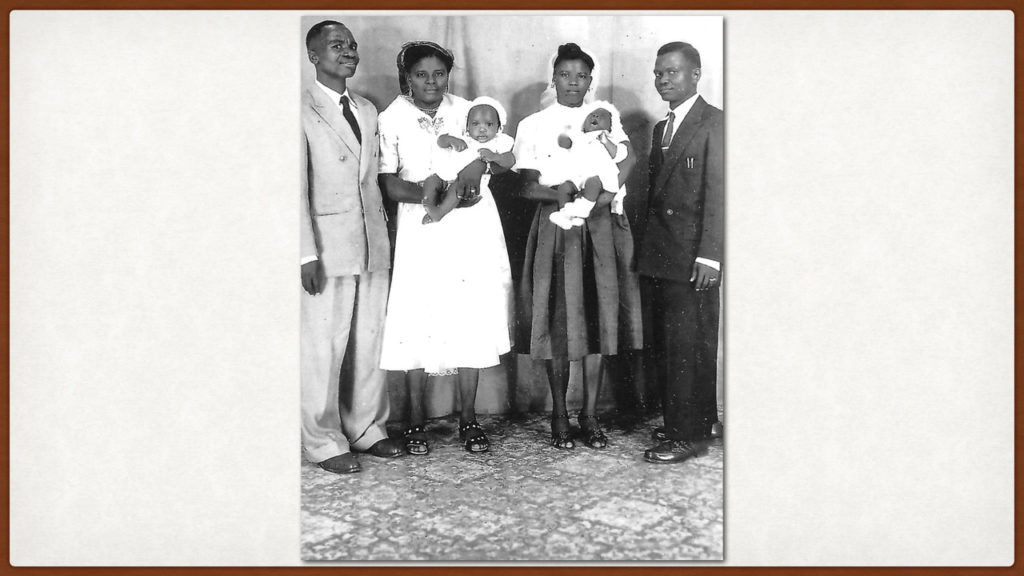 Norman Kamosi was born in 1939 in Kikongo, an American Baptist mission where his father (who had been orphaned and raised by missionaries) took care of a group of several churches in the area. Because Norman was the oldest of ten children, as a boy of 6-9 years old, he had the responsibility of foraging and fishing for the family’s food. Later, his father was transferred to a Baptist elementary school in Kinshasa. They were very poor and often went without eating. They lived in a small, one bedroom “house” where he and his brother slept on the table because there was no other place to lie down.

One day Norman’s father told them to pack their bags quickly because they were leaving the house immediately. Worriedly, Norman asked his father where they were going, but he wouldn’t say. After walking a long time, they entered a large home in one of the neighborhoods of the Belgian colonists. As they entered, his father told him that he now needed to pick out his bedroom. Norman couldn’t believe it — indoor plumbing and all the other amenities. Somehow his father had been able to make this happen — he never explained how.

The next day an ever more astonishing thing happened. A Belgian man entered their home and began following the family everywhere in the house, taking notes as he went — during meals, as they made the beds, as they got ready for school. He later learned that to be authorized to live or even to travel through Belgian neighborhoods, it was required that they pass a qualifying evaluation. To make a long story short: They passed with flying colors and, before independence, his father became mayor of Leopoldville II — the newer section of what is now the city of Kinshasa. 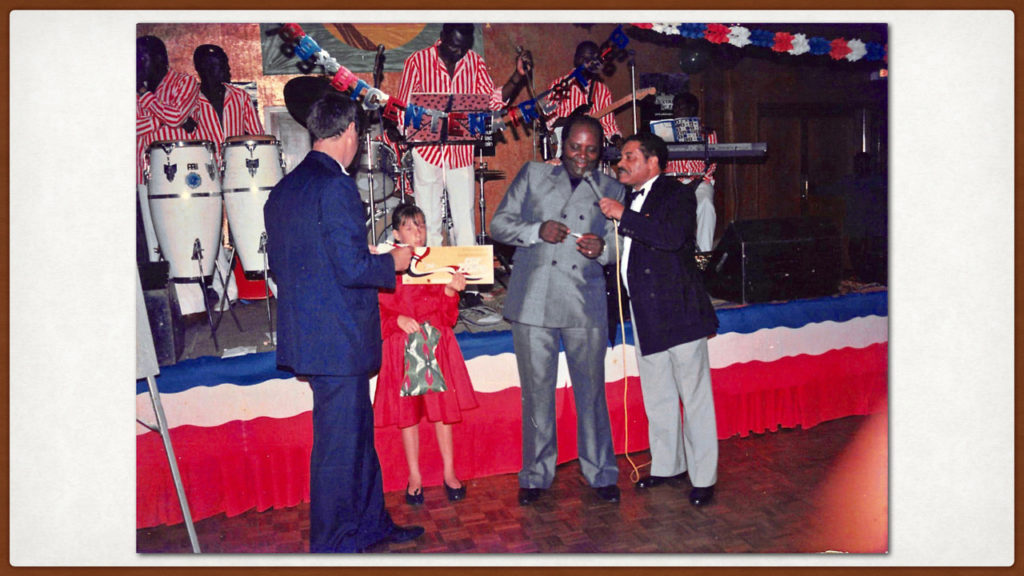 Norman was a gifted student and was continually selected for higher educational opportunities, eventually completing graduate work in engineering and finance in Belgium. When he returned to the DR Congo, he joined the newly formed Air Congo. 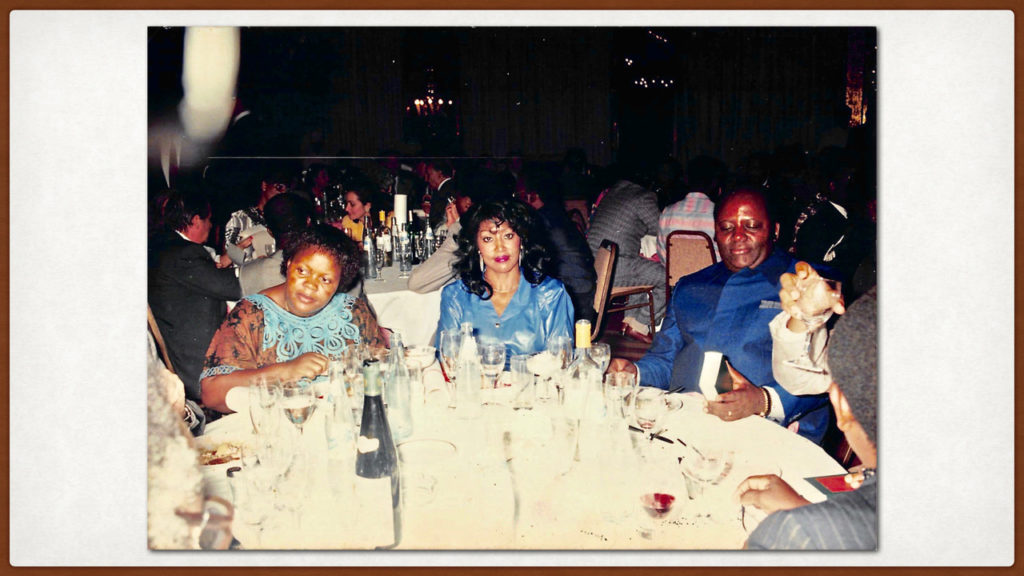 He became a director for the airline in different capacities and opened up offices for them around the world. 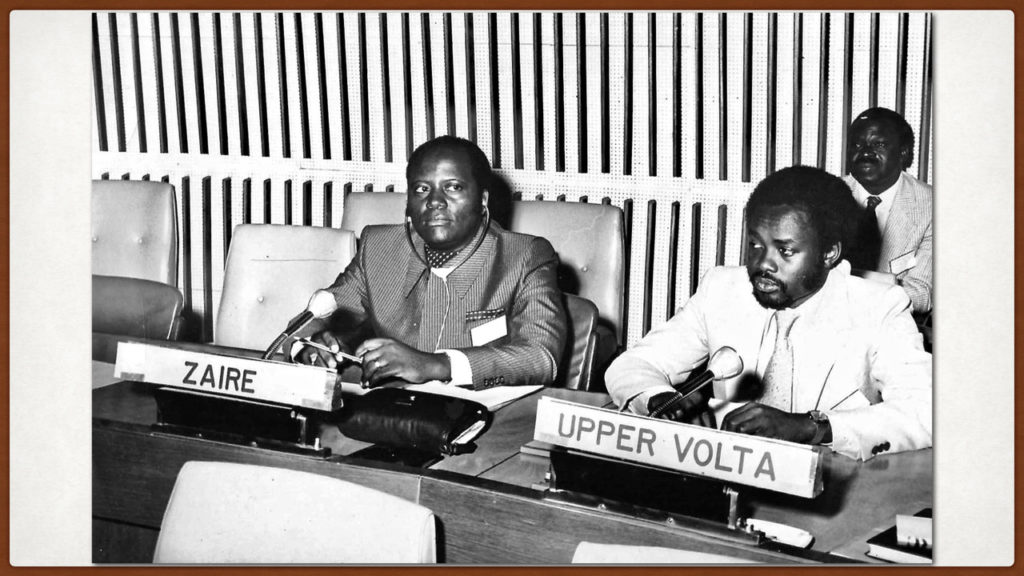 He ran his own businesses as well and eventually became a member of the national parliament, sometimes traveling to other African countries to negotiate strategic alliances. They became wealthy. 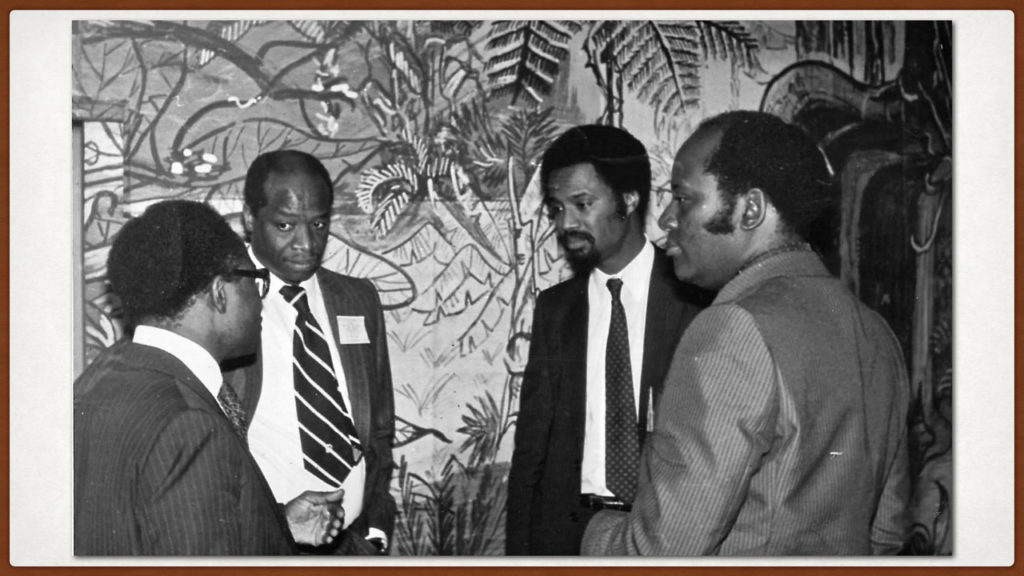 Then in 1997, Laurent Desiré Kabila (whose son became president when he was assassinated in 2004) came in with troops from the east. Because they were part of the old government, their lives were in danger. His family escaped their compound using tall ladders. Everything in their house was looted.

Because no Congolese were permitted to leave the country during the crisis, he had to use his airline connections to sneak his family through the hosting kitchen and board the last flight out to South Africa before the airport closed and no one would be allowed to come or go. Providentially, the soldiers inspecting the plane did not find them.

Norman and Jinky and their children eventually got to Washington, DC as refugees. He went from red carpet receptions at hotels to selling vegetables on the street and other odd jobs. They had little food, and little hope. 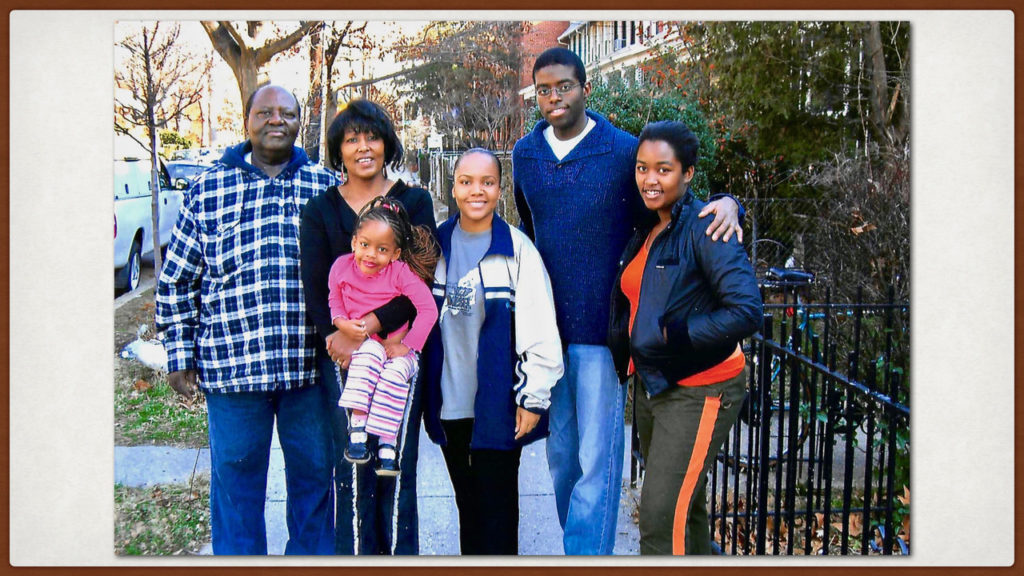 After seeing an ad on television, one of Norman’s daughters sent in a request to Church headquarters for a copy of the videotape “The Lamb of God.” It wasn’t long before they were visited by Elder Kyle Houghton and Elder Jared Banner. Norman recounts several instances of inspired service and teaching that accompanied their unexpected and somewhat reluctant journey toward baptism. 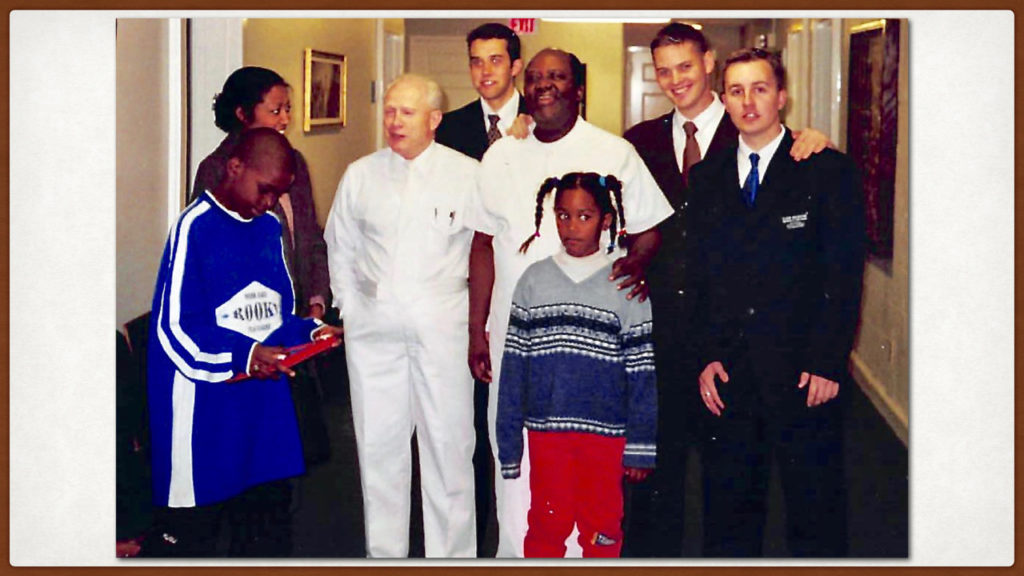 Both Jinky and Norman received powerful confirming witnesses that they should join the Church. Jinky’s answer came through the fulfillment of a dream. Norman’s answer came while pondering, praying, and walking the grounds of the Washington DC Temple with his family and the missionaries. As the others walked ahead, he felt compelled to stop. Then, “A voice came to me, telling me, ‘This is the true Church of Jesus Christ. Joseph Smith was a true prophet of God,'” he remembers. He immediately shouted to the missionaries down the path and said, “I’m ready for baptism!” 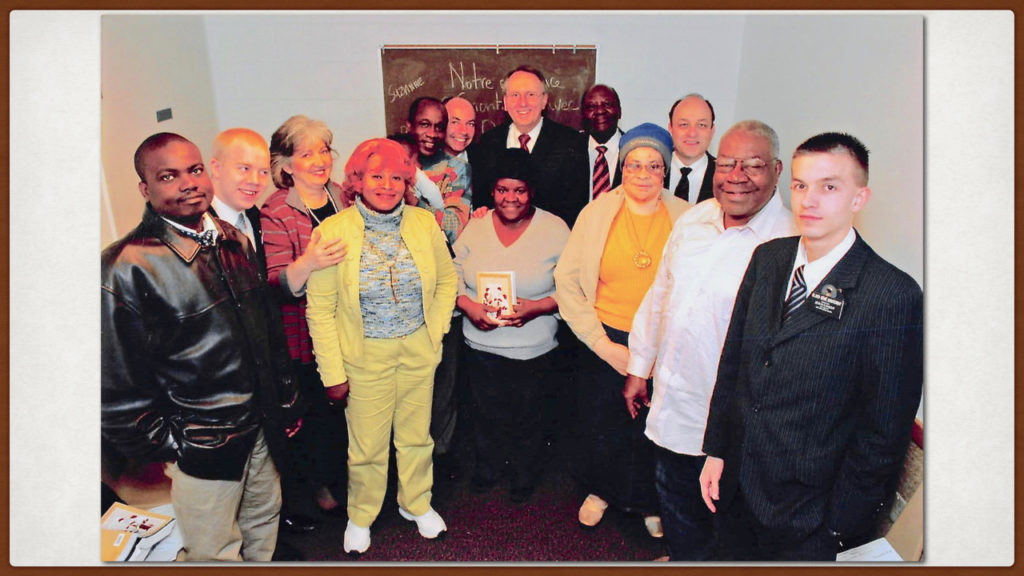 Norman (just right of center) with members of his ward, 19 December 2008

Four months later he was called as branch president for a small inner-city group of about 24 members. Attendance grew to 200 quickly under his loving leadership. Matthew Bowen, who was later a member of his ward, remembers his booming voice as he conducted meetings, saying: “Welcome to the true Church!” 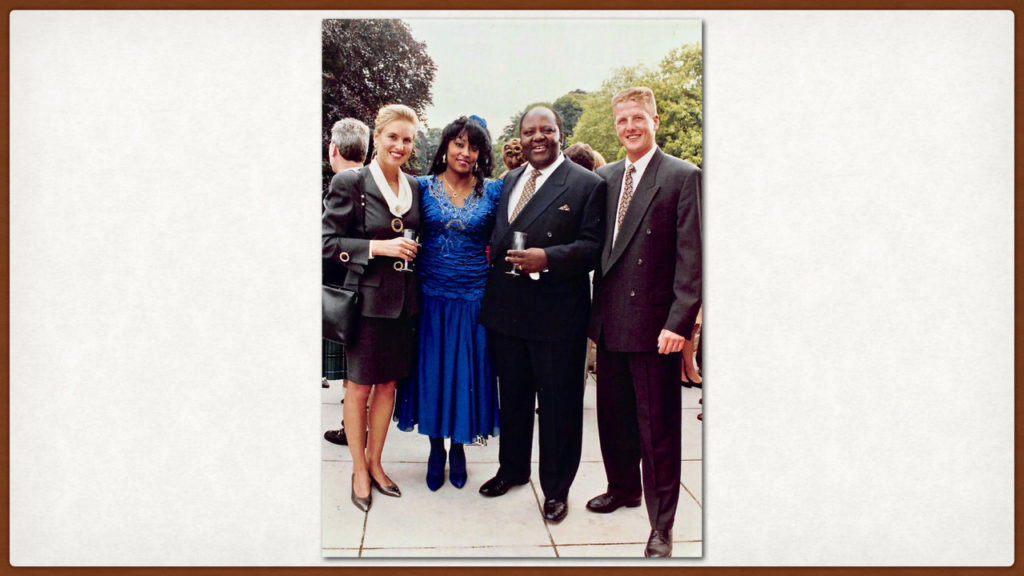 Norman and Jinky with Ann and Kyle Houghton

Then, in 2012, another unexpected event took place. According to Kyle Houghton: “My Dad and I were having lunch with Brent Roberts and Jared Doxey. They mentioned the difficulties and cost of building in Kinshasa. If only they knew someone from Kinshasa with connections! I mentioned Norman’s name, and that was it!” 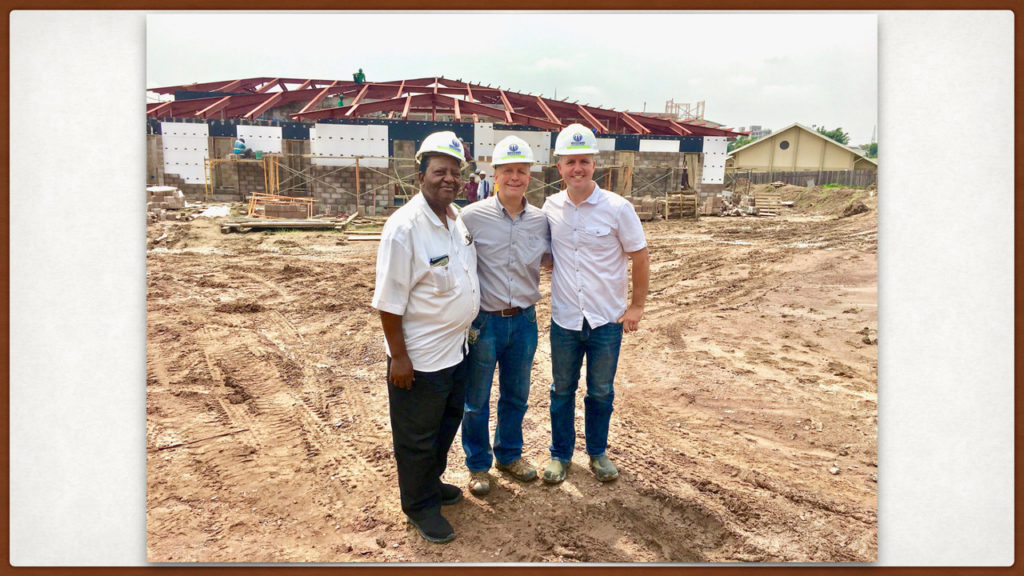 Kyle and his father Stan, the owner of Westland Construction, knew that the Lord had put Norman where he needed to be so he could come and help them. 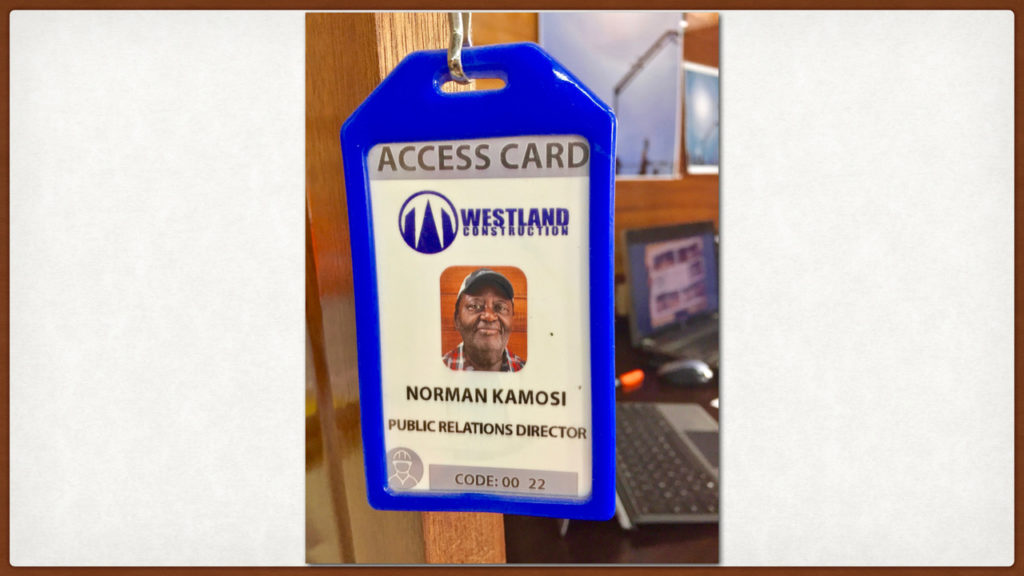 Norman, in his turn, tells many stories of how the Lord has connected the dots in his life’s journey to bring him to the happy point where he now is. 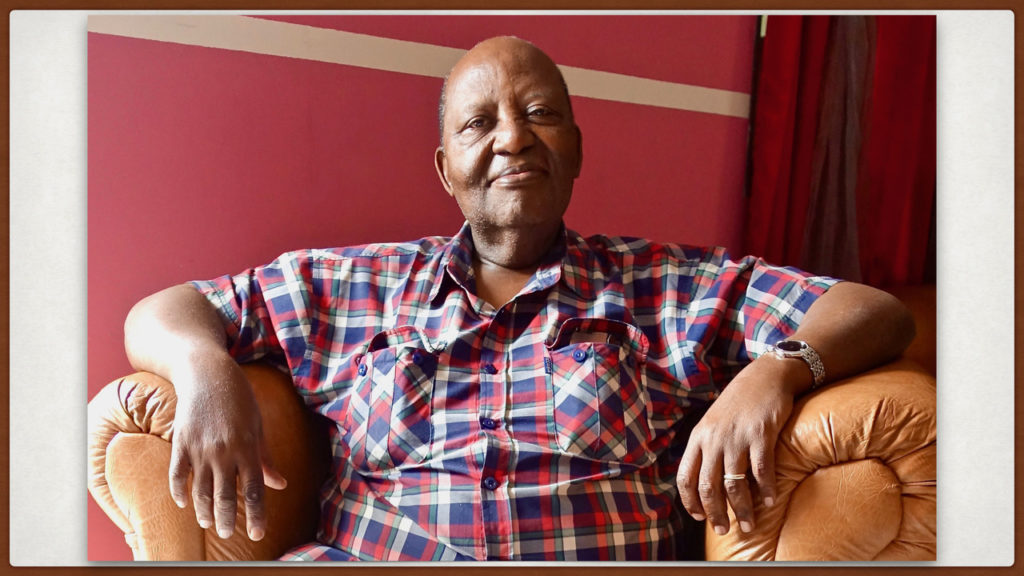 With great enthusiasm, Norman says: “It is a great joy to be involved with building the Kinshasa temple of the Lord. [Although Kyle and Stan] were the ones who reached out to get us involved, it was already planned that way by our Heavenly Father.” 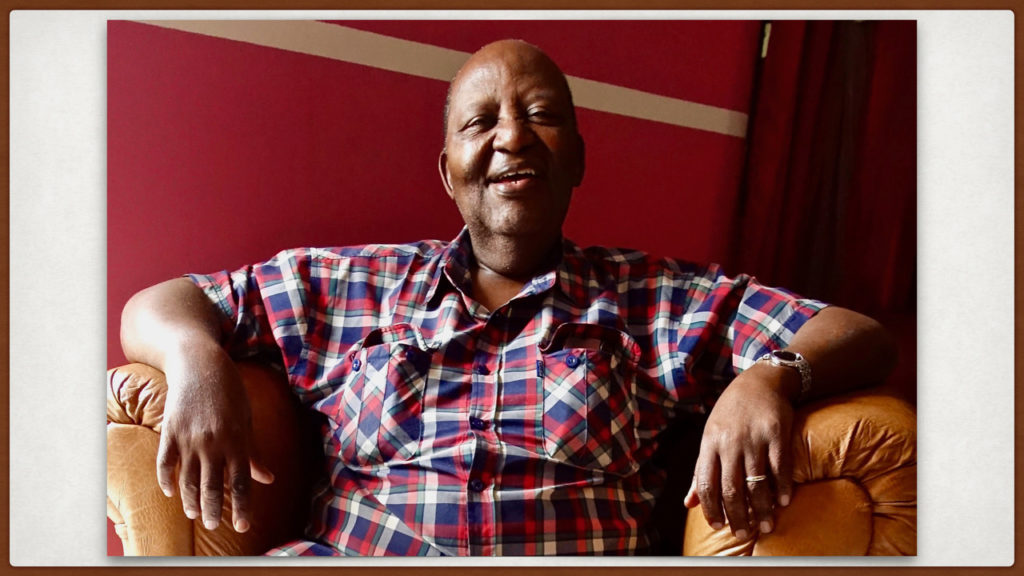 “Because I speak the local languages and know the culture, I was given the responsibility of dealing with government agencies, Congolese subcontractors, business leaders, and shipping companies. Things are sometimes done very differently in the DR Congo than in the United States or Europe. My experience as Airport Director has helped me to smooth out travel and visa challenges.” 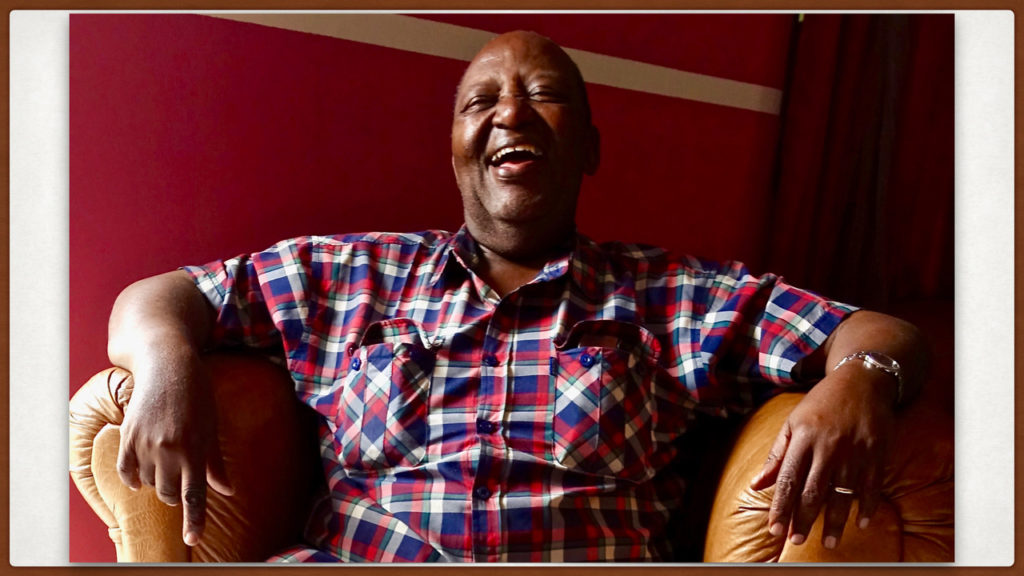 There is always great joy in the face of Norman as he speaks of the temple. 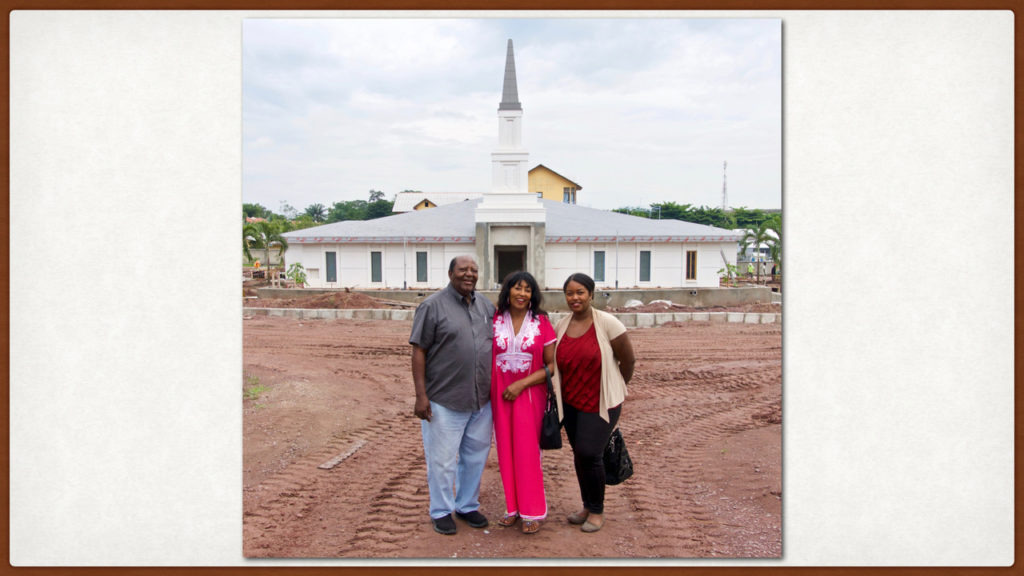 Through his humble acceptance of the Gospel and his willingness to follow the promptings of the Holy Ghost wherever they lead, he has been brought back home — to Kinshasa and to the Lord’s Holy House.

Some of the material in this article has been adapted from oral history interviews. My sincere appreciation to Norman and Jinky Kamosi, Stan and Kyle Houghton, and Charles and Kriss Gates and their families for sharing their inspiring stories and for reviewing the material in this article. Thanks also to Matthew K. Heiss of the global support and training division at the Church History Library for his encouragement and support in the publication of this story, and for affirming permission on behalf of The Church of Jesus Christ of Latter-day Saints to use oral history-related material found in this article.

[1] D&C 105:12: “For behold, I have prepared a great endowment and blessing to be poured out upon them, inasmuch as they are faithful and continue in humility before me.”