Day of Atonement Symbolism in LDS Discourse with Shon Hopkin 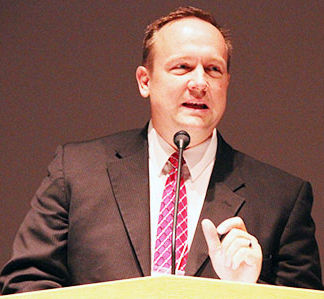 The Interview:  Yom Kippur, also known as the Day of Atonement, is the holiest day of the year in Judaism. The themes of this day are atonement and repentance, which are essential themes of the Restoration as well. Although the ancient Israelites who first celebrated this festival are far removed in time and space, do the symbolic acts of the priest in the tabernacle carry over to LDS understandings, doctrines, and ordinances? Dr. Shon Hopkin believes they do and studying them can enhance our worship and understanding of the gospel.

But how can we know we are interpreting symbols correctly? Symbols, by their very nature, can be interpreted in multiple ways. A member of the Jewish faith may interpret biblical symbolism differently than a Christian, which doesn’t mean that one understanding is correct and the other is not. All religions build upon the imagery of others. As Christians use this foundation and reinterpret the meanings, the symbolism is made new and alive in other religious traditions.

Christian understanding of the important messages contained in the Jewish Yom Kippur imagery developed slowly over the centuries. Eventually the church leader was not just a father or bishop but was called a priest and then a high priest. The place where the eucharist was stored and prepared was in the holiest location in the church, which was seen as similar to a Holy of Holies.

Still today in Eastern Orthodox churches, a screen or an iconostasis is placed between worshipers and the priest. The priest will go behind that screen and prepare the emblems of eucharist or communion — sacrament for Latter-day Saints. Incense is lit in front of that screen that symbolizes and reminds of the altar of incense from the Israelite temple. The priest then will bring out the emblems still covered with a cloth. Only the priest or high priest has authority to remove that cloth and offer these symbols of God in an atoning kind of a setting to the people.

Ritual worship can be powerful. As physical beings, it publicly pronounces, and it cements, in a way, inner commitments. Through ritual, we are using our whole bodies to worship, not just our minds. To do so, we want to use our physical bodies to focus the spirit and focus the soul. Imagery works powerfully to do just this.

Latter-day Saints are not known for their formal rituals outside the temple, but if one looks closely, the Yom Kippur imagery can be found in the Book of Mormon, Sunday worship, the bestowal or ordinances, and LDS temple ceremonies. In this episode of the LDS Perspectives Podcast, Laura Harris Hales interviews biblical scholar Shon Hopkin about Day of Atonement imagery in Latter-day Saint teachings.

About Our Guest:  Shon D. Hopkin is an associate professor of ancient scripture at BYU. He has published and presented papers on the Jewish concept of a premortal life and the Jewish longing for Zion, the Dead Sea Scrolls and Psalm 22, ordinance and ritual in the law of Moses and in the book of Isaiah, and the connections between Jewish and LDS beliefs and viewpoints. Shon is the editor of Abinadi: He Came Among Them in Disguise, a new release from the BYU Religious Studies Center.