KnoWhy OTL28A — Is the Spirit of Elijah a Healing Power in Addition to Being a Sealing Power? 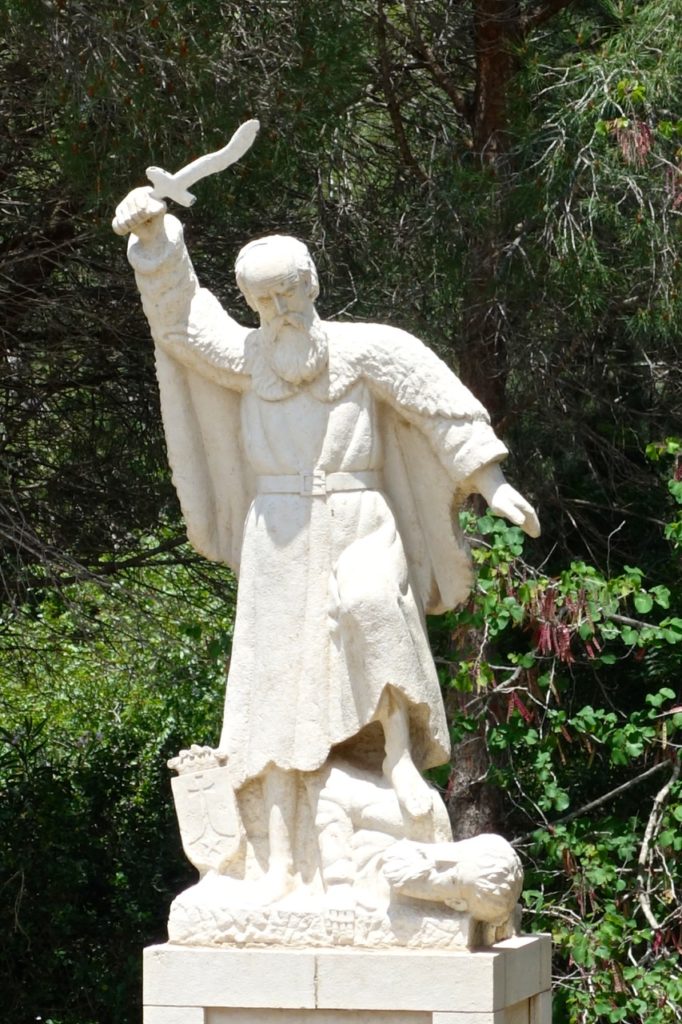 Question: Is there more to the “Spirit of Elijah” than the formal work of family history and temple ordinances for sealing?

Summary: The keys restored by Elijah were not given simply to enable priesthood ordinances to be performed with authority. In the performance of family history work and sealing ordinances, estranged family members may be brought together through the love and forgiveness that should accompany that service.

It is a poignant irony that Elijah, whose name is associated with the eternal binding of families, should have been called to spend so much of his ministry in solitary exile from his people. Fleeing for his life to the brook Cherith at God’s command, with the ravens who fed him as his only companions, he was left to mourn for apostate Israel as the last of his brethren to “remain a prophet of the Lord.”[3] Describing the scene shown below, Naomi Wray writes:[4] 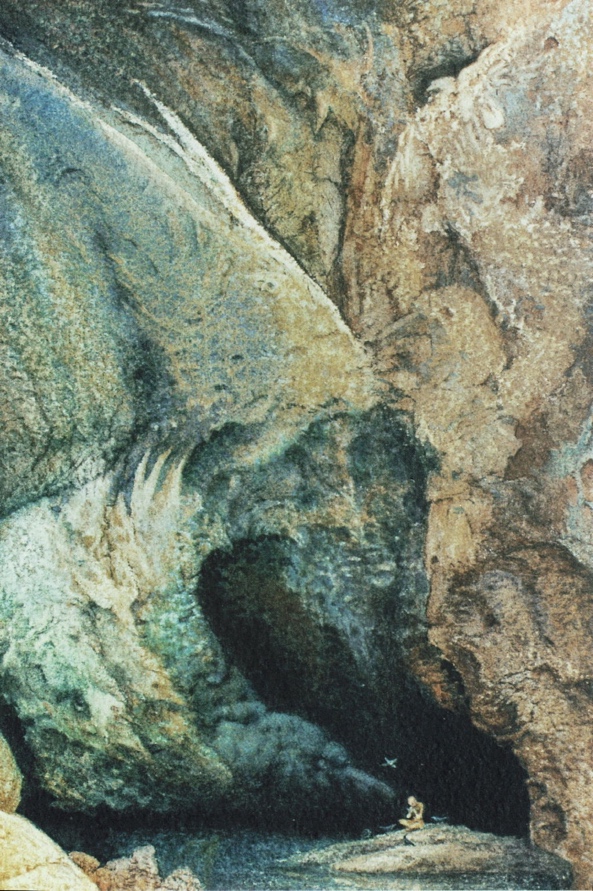 The heavenly caretakers are fifty ravens beating their wings and forming a large cove sheltering the tiny figure of Elijah seated in meditation. The essence is of the soul rather than the presence of the body. Slate grey of limestone shelter denotes the life of Elijah held in stasis by the blue of the everlasting being of God.

The mighty wings of a multitude of birds seem carved by the ages and the elements from the rocky vastness. Heads and wings and pinion feathers, beaks, and claws, and eyes are all discernible in the craggy portal.

The light of God’s care bathes the forlorn figure of Elijah in icy radiance. Righteous solitude, even with great spiritual support, is a cold experience. 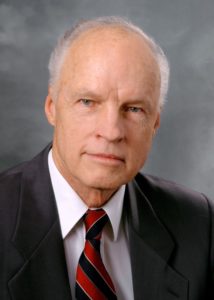 This scene gains its relevance to the sealing of families in the realization that the keys restored by Elijah were not given simply to enable priesthood ordinances to be performed with authority. The spirit of Elijah is as much a healing power as it is a sealing power, opening the floodgates of a divine influence that, in the words of Truman G. Madsen, is designed to “bring earth and heaven back together, … to take the estranged and the alienated and the embittered and somehow transform their hearts, and to prepare all of [God’s] family who will to be family, welding them indissolubly in order to greet the Christ.”[7] At the root of this power is love and forgiveness. Madsen continued:[8]

[F]orgiveness is the very nature of Christ’s way. I suggest that it may be difficult to forgive your enemies, but it is even more so to forgive your loved ones. … It is harder to forgive your loved ones because you care about them and you have to go on living with them, or struggling to, and they can go on hurting you over the years and the decades. But our hearts will never turn to our fathers in the way this spirit of which we have been testifying motivates us to do unless we forgive.

You see, we have inherited all kinds of things… [W]e willingly chose to come into the world, likely in this time and circumstance. And when a young person says to his parents in deepest animosity, “I didn’t ask to be born,” if they give the proper, prophetic answer they will say: “Oh yes, you did. You not only asked for it, you prepared for it, trained for it, were reserved for it. …”

[T]his, I take it, is one of the profound meanings of that long, laborious allegory in the book of Jacob, the allegory of the tame and wild olive trees. If you take a wild branch and graft it in to a tame one, if the branch is strong enough it will eventually corrupt and spoil the tree all the way to the roots. But if you take a tame branch and graft it into a wild tree, in due time, if that branch is strong enough, it will heal and regenerate to the very roots.[9] You will then have been an instrument in the sanctification even of your forebears. …

To be that kind of branch and achieve that kind of transformation backward and forward is the greatest achievement of this world. But to do it… one must be linked, bound to the Lord Jesus Christ.

No matter what things you may have suffered at the hands of your family, no matter how thoughtless or faithless or even cruel they may have been to you throughout your life, if you have been privileged to receive any of the blessings of the Abrahamic covenant you are called to help save them — and this is surely a calling to which you were foreordained in the beginning. Wrote Carlfred Broderick:[10] 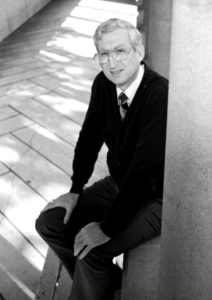 In a former era, the Lord sent a flood to destroy unworthy lineages. In this generation, it is my faith that he has sent numerous choice individuals to help purify them. …

God actively intervenes in some destructive lineages, assigning a valiant spirit to break the chain of destructiveness in such families. Although these children may suffer innocently as victims of violence, neglect, and exploitation, through the grace of God some find the strength to [neutralize] the poison within themselves, refusing to pass it on to future generations. Before them were generations of destructive pain; after them the line flows clear and pure. Their children and children’s children will call them blessed. In suffering innocently that others might not suffer, such persons, in some degree, become as “saviors on Mount Zion”[11] by helping to bring salvation to a lineage.

Broderick, Carlfred. My Parents Married on a Dare and Other Favorite Essays on Life. Salt Lake City, UT: Deseret Book, 1996.

[6] With permission of Ann M. Madsen and The Deseret News. From http://www.deseretnews.com/article/705307069/Former-BYU-professor-Truman-Madsen-dies.html (accessed February 8, 2012).

I believe that character primarily is based upon the nature of the spirit, the extent of its development, the amount of growth it had before it tabernacled in the flesh; and that parentage, instead of creating character, can only modify it. Hence, you sometimes see this strange thing, that in spite of vicious parentage, in spite of unfavorable environment, you see a character rising to its own native heights of nobility and grandeur, purely because the spirit before it came here had stamped upon it God’s own nobility, and no amount of influence coming from vicious parentage or from unfavorable environment could altogether crush out the native nobility of that spirit; but it sprung upward, took its place in the earth, and became a benefactor to the children of men.

Jeffrey M. Bradshaw (PhD, Cognitive Science, University of Washington) is a Senior Research Scientist at the Florida Institute for Human and Machine Cognition (IHMC) in Pensacola, Florida (www.ihmc.us/groups/jbradshaw; en.wikipedia.org/wiki/Jeffrey_M._Bradshaw). His professional writings have explored a wide range of topics in human and machine intelligence (www.jeffreymbradshaw.net). Jeff has been the recipient of several awards and patents and has been an adviser for initiatives in science, defense, space, industry, and academia worldwide. Jeff has written detailed commentaries on the Book of Moses and Genesis 1–11 and on temple themes in the scriptures. For Church-related publications, see www.TempleThemes.net. Jeff was a missionary in France and Belgium from 1975–1977, and his family has returned twice to live in France. He has served twice as a bishop and twice as a counselor in the stake presidency of the Pensacola Florida Stake. Jeff is currently a temple worker at the Meridian Idaho Temple and has been assigned to work on the history of the Church in Africa as a service missionary for the Church History Department. Jeff and his wife, Kathleen, are the parents of four children and fourteen grandchildren. From July 2016-September 2019, Jeff and Kathleen served missions in the Democratic Republic of Congo Kinshasa Mission office and the DR Congo Kinshasa Temple. They currently live in Nampa, Idaho.
View all papers by Jeffrey M. Bradshaw →
Subscribe
Donate Today