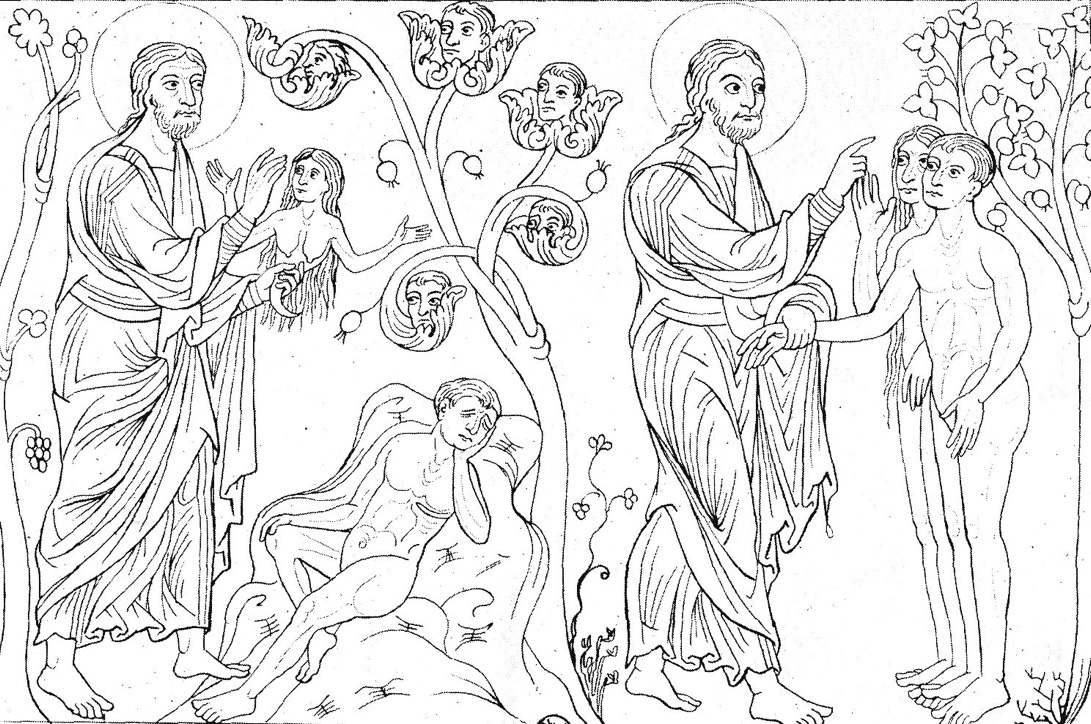 In this Essay, we review the instructions given to Adam and Eve: the commandments to be fruitful and multiply and not to eat of the Tree of Knowledge; the instruction for Adam to cleave to Eve, the most unique of God’s creations; and the commandment for them to “dress” and “keep” the Garden. As with other parts of this rich story, there is far more than meets the eye when the details are fully appreciated.

The First Two Commandments to Adam and Eve

The illustration above shows God creating Eve and then instructing the couple. It was created under the direction of Herrad of Hohenbourg a twelfth-century abbess under who was responsible for assembling a comprehensive and copiously illustrated compendium of knowledge and salvation history, called Hortus Deliciarum (Garden of Delights).[1] The details of the depiction draw on traditions from outside of Genesis: