[This post was originally withdrawn because we learned that “the Temple Department owns the rights and access to what is recorded on the temple grounds during groundbreaking, open house, and dedication.” We are reposting it because we have now received permission to share these experiences.] 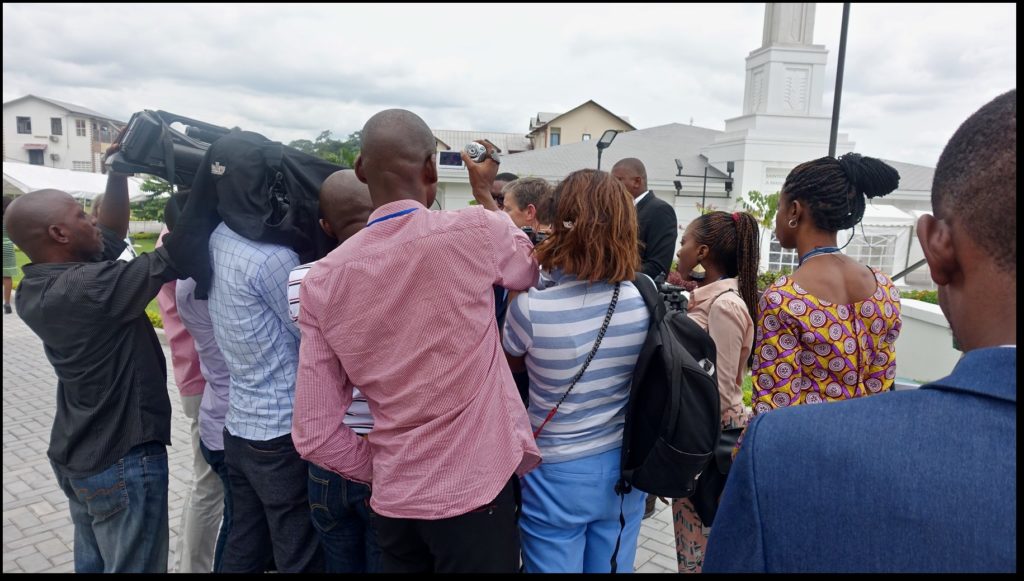 After the media session, the cameras continued to swirl around Area President Elder S. Mark Palmer as journalists asked him further questions.

In this segment, we’ll focus on the special open house session that was held for representatives of the media on the morning of March 11, the day before the public open house began. Area President Elder S. Mark Palmer, along with his counselors, Elder Joseph W. Sitati and Elder Joni L. Koch, addressed questions on a range of topics.

We will take a visual tour of the sacred rooms inside the temple. Afterward, we will summarize the heartfelt and spiritually sensitive reactions of a few of the journalists in their own words.

“The calm and the presence of God” (French with English subtitles)

“We all pray to the same God” (French with English subtitles)