The Church's Struggle Amid the World's Darkness

Humanity is full of horror, and always has been. God wept that He gave humankind their agency, and asked them to love each other and to choose Him, but they were without affection, and hated their own blood (Moses 7). Tragedies in interactions between individuals, families, tribes, towns and nations add up to plagues like racism, sexism, war, and slavery—and they have always been endemic on earth. They still are, despite a modern Pax Americana that has mitigated much of them for those likely to read this. It is for these that God wept, knowing the suffering that people were bringing upon themselves and others because of their choices.

But God said not to despair, because He sent a Savior to redeem all who were willing to come to Him. That journey is made through the principles of love and righteousness which are taught by many inspired individuals. In addition to those basic principles, some groups of people are able to receive the covenants and ordinances of the gospel. The covenants, and ordinances which tangibly symbolize them, make one’s commitment to love and righteousness formal and accountable, and therefore more effective. The covenants also teach the individual to seek and receive divine strength and power. The principles, covenants, and ordinances are the bright hope set against the darkness of fallen humanity. Human progress can mitigate the darkness, but divine power can end and transcend it.

God could, perhaps, have planned for the ordinances to have always been administered directly by heavenly beings, but He instead revealed the organization of humans into a church. He called leaders within the church to receive revelation and teach it to fellow members, who could also receive revelation personally to confirm the truth of the leaders’ words and actions.

It is natural to think of a church, established by God to administer sacred ordinances, as holy, pure, and completely set apart from the horrors of humanity. In a sense this is correct, as one must come out of that horror (symbolized in the scriptures as Babylon) into God’s Zion. But in another sense it is misleading to think of the church as being fully separate from humanity because, obviously, it is full of humans. Striving, overcoming, inspired humans, but they are humans nonetheless. God makes use of “weak and simple” things and people, and the church progresses “line upon line,” “here a little and there a little.”

This is true specifically of the church’s leaders. Leaders are called of God to receive revelation and teach and administer in the church, but this does not mean or imply that leaders’ minds are purged of all wrong ideas. That would inhibit agency and, by miraculously removing them from humanity’s climb, make leaders less able to appreciate its difficulty and relate to others. Apparently, what God requires from leaders is loyalty to covenants and willingness to build upon and improve the light that one already has.

God does not love less, or refuse to work with, those who are to some degree trapped in the incorrect traditions of their fathers and mothers. The fact that future generations are able to see much more clearly the degree to which past beliefs were entwined with humanity’s darkness does not change this fact.

It can seem that groups outside the church are superior to the church, because they advocate truths such as racial equality, but have no institutional history of misunderstanding and imperfection to bear. They allow one to feel outside of, and free from, responsibility for humanity’s horrors. It is wonderful to join others to promote important truths, but illogical to use the formation of such groups as an argument against the church. The existence of newer groups does not compel the abandonment of the even greater breadth of truth and access to God’s power through covenants and ordinances.

It is good to be clear-sighted and open about truth and the harm that falsehoods have caused. It is not good to let disappointment in others’ imperfections turn our hearts against the only means God has provided to bind ourselves more fully to those truths through sacred covenants and ordinances.

Much of the world is still suffering in terrible horror. The principles of love and righteousness, and the covenants and ordinances that lead to Christ, are so badly needed. The church is, in part because of its progress beyond past misunderstanding, better able than ever to bless and heal blighted lives. 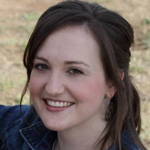 Cassandra S. Hedelius studied political science and mathematics at the University of Oklahoma and law at the University of Colorado. She has practiced domestic and business law for profit, and researches and writes about Mormonism for pleasure. Her main focus is the interaction of the LDS Church with modern media and political activism, with additional interest in religious freedom and public policy.
View all papers by Cassandra S. Hedelius →