Since the early days of the Church of Jesus Christ of Latter-day Saints, the British Press has had an interest in Mormonism. Over the years there have been newspaper and magazine articles and exposés discussing just about every aspect of Mormonism from polygamy and the anti-polygamy crusades in the last quarter of the nineteenth-century to the building of the London Temple in the 1950s and Mitt Romney’s quest for the presidency of the United States.1 There have also been radio and television pieces showing the Tabernacle Choir, Mormon families worshipping at church and The Book of Mormon Musical which is now playing in London. Overall, in spite of many positive stories that have appeared about the LDS Church, the British press has, overall, had a fascination bordering on infatuation with the perceived sensational and bizarre aspects of the religion.

Last year, for example, the BBC produced a documentary titled, “The Mormon Candidate” in which John Sweeney and his colleagues created a stilted image of Mormonism as an ultraconservative cult. His “gotcha” interviews with Elder Jeffrey R. Holland and other faithful Latter-day Saints demonstrated an embarrassing lack of understanding of professional journalism on Sweeney’s and the BBC’s part. In spite of the BBC’s attempts to portray the LDS Church in such negative brushstrokes, as a writer at the By Common Consent blog wrote, “The Mormon church is not the gulag that the malcontents so gleefully interviewed by Sweeney would suggest it to be.”2

The BBC has not been alone in the British media’s preoccupation with what they consider to be the bizarre regarding Latter-day Saint doctrines and practices. Reporting about Mitt Romney’s presidential election defeat, The Sun published an article titled, “Mitt Romney’s pants: ‘Magic underwear’ not enough to hand Mormon keys to White House.” The article, of course, and with complete disregard for what Mormons consider sacred, contained the requisite picture of LDS temple garments.3 Just yesterday, The Sun published an article titled, “My Mormon past left me afraid to have fun – Says Superman’s new Lois Lane, Amy Adams.” The Nation had a similar story but chose to title theirs, “Amy still has Mormon values.”4

These two British news outlets are certainly not alone in what appears to be a quest to publish less than positive stories about Mormonism. Among the numerous stories produced by The Daily Mail have been articles titled, “Mormon facing prison over polygamy,”5 “From ‘sacred underwear’ to Victoria’s Secret: the devout Mormon woman who chose love over faith when her husband became an atheist,”6 and “You’re a s*** and a w****: The abusive emails sent by ‘sexually deviant Mormon stabbed to death 27 times by his girlfriend.”7

Now, BBC has once again shown its antipathy for the LDS Church and its adherents. In a Deseret News article, Julie Boye described how BBC radio “grilled” her husband and international singing sensation, Alex Boye, during an interview about his participation in the LDS Church sponsored, “I’m a Mormon” campaign. Boye, an English black latter-day Saint, was peppered with politically controversial questions. As Julie Boye explained:

While in London, Alex sent me an email saying, “One DJ was firing off questions relentlessly and it was clear that his purpose was to just make me look as clueless, uneasy and embarrassed as possible. Well, he succeeded!”

Alex was given 10 seconds to answer questions on topics we dedicate our entire lives to learn as Latter-day Saints, asked to expound on profound doctrine in small sound bites. He was expected to do it all in a four-minute interview or less — while coming across friendly, humble, normal and knowledgeable.8

So what does this mean for the LDS Church and its members? What can and should be done about some of the outlandish and openly hostile reporting from the British press? In a word, nothing! The LDS Church is not alone as a victim of sensationalism, misrepresentation and downright nastiness. Others have also suffered at the hands of the British press. English film and stage actress Claire Bloom once described the British press as “even more cruel and vicious than the Americans” and novelist John le Carre complained how he had seen “the British press simply go to hell.”9

Such is certainly the case with the BBC. At one time the BBC was deservedly well respected. Unfortunately, that is no longer the case. In fact, a poll conducted by the BBC found that viewers and listeners felt there was an anti-Christian bias.10 Their bias is especially expressed against the more conservative religious denominations, the LDS Church being one of them.11 Latter-day Saints need to expect that they and their religion will be misunderstood and misreported by the British press and try where they can to correct misinformation, but do so armed not only with correct information but the right spirit. 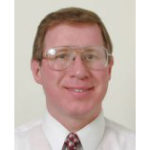 Craig L. Foster earned a MA and MLIS at Brigham Young University. He is also an accredited genealogist and works as a research consultant at the Family History Library in Salt Lake City. He has published articles about different aspects of Latter-day Saint history. He is the author of two books, co-author of another and co-editor of a three-volume series discussing the history and theology of plural marriage. Foster is also on the editorial board of the John Whitmer Historical Association Journal.
View all papers by Craig L. Foster →