The Norwegian explorer Thor Heyerdahl controversially suggested that prehistoric South American populations had an important role in the settlement of east Polynesia and particularly of Easter Island (Rapa Nui). Several limited molecular genetic studies have reached opposing conclusions, and the possibility continues to be as hotly contested today as it was when first suggested. This new study, led by computational biologist Alexander Ioannidis and population geneticist Andrés Moreno-Estrada, analyzed “genome-wide variation in individuals from islands across Polynesia for signs of Native American admixture, analysing 807 individuals from 17 island populations and 15 Pacific coast Native American groups.”

The study was reported in both the New York Times with the title and subtitle “Some Polynesians Carry DNA of Ancient Native Americans, New Study Finds: A new genetic study suggests that Polynesians made an epic voyage to South America 800 years ago” while ScienceNews used “South Americans may have traveled to Polynesia 800 years ago: DNA suggests people from the Americas had a role in the peopling of Pacific islands.” These opposing explanations for the contact are illustrated in the following graphic from the NY Times. 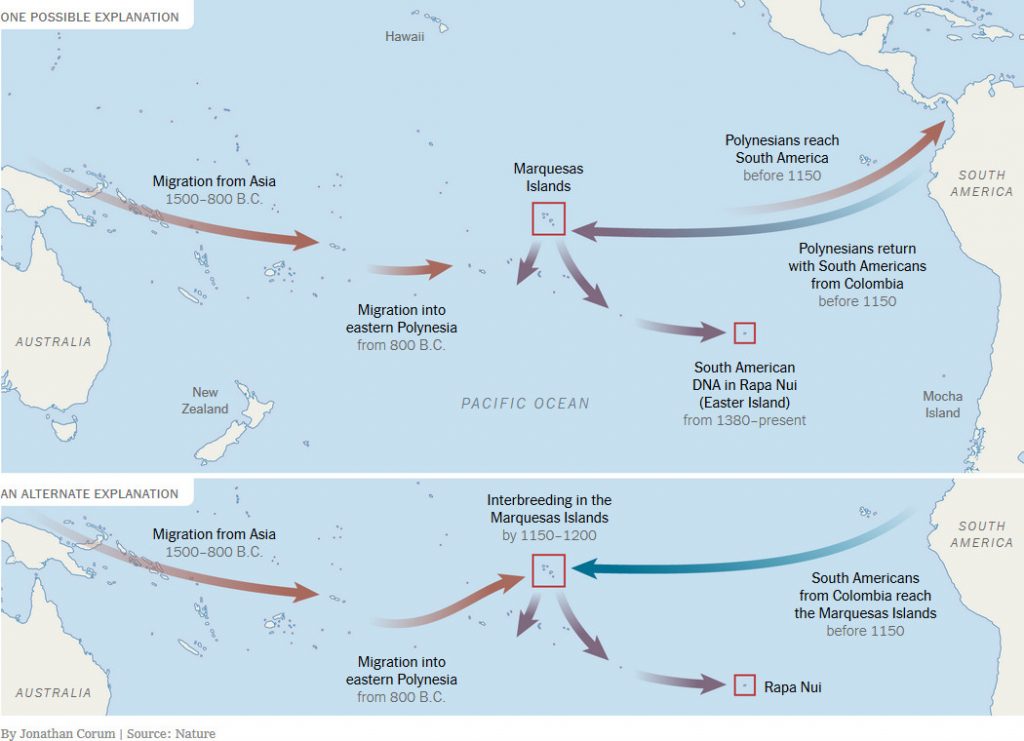