Abstract: Ancient and modern scriptures aver that humans resemble God, but the strength of the resemblance is a matter of uncertainty and serious debate. We have scriptural accounts of Jesus speaking, eating, and sleeping just as humans do, but there are no records of him engaging in other common human activities like dancing or laughing. The purpose of this note is to investigate the evidence for whether Jesus ever laughed and whether God can laugh.

A famously pithy scripture gives an account of Jesus weeping.[1] No comparable scripture gives an explicit answer to the question of whether Jesus ever laughed. Two related questions are whether God the Father laughs or can laugh. The answers to these questions have theological implications related to the nature of divinity and the degree to which humans, who laugh often, resemble God. They could also help reconcile some scriptural and prophetic prohibitions of laughter with other prophetic statements that advocate healthy laughter.[2]

Before speculating on the historicity of divine laughter, it would be reasonable to inquire whether it is possible at all. Weems[3] writes that “if you asked a hundred experts what the key ingredient of humor is, most would say surprise.” According to some definitions of divine omniscience, such surprise is not possible—God could not be surprised to laughter by something that he had always known would happen. However, Ostler[4] offers a defense of an understanding of divine omniscience that includes constant progress in knowledge, such that surprise and therefore laughter would still be possible.

The textual evidence from the four gospels is inconclusive but suggestive. Jesus’s transfiguration of water to wine at a wedding[5] seems to be a tacit acceptance and willingness to participate in wedding celebrations, including the merry-making that accompanies them in all cultures and which tends to include joyful laughter.

Creative close readings of the gospels can find a potential for laughter in several other moments. The exaggerated phrasing that Jesus used in some teachings could have been meant to evoke amused laughter. Sunday school teachers tend to recount the teaching[6] of disregarding the motes in our neighbors’ eyes with a straight face, but the notion of having an entire beam in one’s eye without noticing it is outrageous to the point of being comical. A delivery of this teaching by a street preacher with exaggerated intonation and demonstrative hand gestures could conceivably provoke laughter in a crowd. Other direct quotations of Jesus, including the idea of a camel fitting through the eye of a needle,[7] also possess this comical level of exaggeration.

However persuasive these arguments for Jesus’s humor are, they rely on a creative interpretation of scripture rather than its explicit statements. G.K. Chesterton, who was a devoted practitioner of both Christianity and laughter, attempted to explain the apparently missing humor of scripture,[8] writing “There was some one thing that was too great for God to show us when He walked upon our earth; and I have sometimes fancied that it was His mirth.” The omission of laughter from the gospels, then, could be evidence for its importance rather than its nonexistence or wickedness.

The Old Testament contains references to divine laughter that are more explicit. Psalms 59:8, for example, reads “But thou, O Lord, shalt laugh at them; thou shalt have all the heathen in derision.” The laughter described here, however, is rhetorical rather than “natural.” It is forced laughter to make a point rather than the amused or surprised laughter that we derive joy from. Of natural and spontaneous laughter we again find no record.[9]

The historian Paul Johnson has defended comedy as an admirable act of creation, writing[10] that “comics… create laughter from what nature has given [them]… [they are] the true benefactors of the human race.” To create laughter from “nothing” is in a small way akin to God’s creative power. The classicist Richard Janko has asserted that Aristotle approved of comedy, writing in his reconstruction[11] of the Poetics II that comedy has “the beneficial effect of reducing the human propensity to excessive buffoonery and impropriety.” If laughter is a positive, creative good, it is reasonable to think that God would approve of it and participate in it when appropriate.

Terryl Givens, writing in support of the notion of a passible God, has referenced the scriptural accounts of God weeping as his proof.[12] If God is indeed passible, it is reasonable to presume that he is capable not just of the “misery” and “suffering” that caused him to weep but also of the joy and good humor that lead to spontaneous laughter.

Finally, we might argue that laughter is essentially a physical inevitability for one possessing a human body. Consider yawning as an analogous case. Yawning occurs naturally in humans of all ages and can be caused by several distinct stimuli or even some diseases. It may be conceivable that a person could live an entire life without yawning: practicing an ideal sleep and exercise schedule and looking away from other yawners to avoid contagion, for example. Though theoretically possible, the chances of avoiding yawning throughout an entire natural human lifetime with all of its vicissitudes and random chance is astronomically remote. To avoid the physiological causes of laughter throughout an entire human life of conversation, wedding attendance, interaction with children, and the formation of friendships would be similarly remote enough to be categorically rejected. We may then conclude that Jesus laughed for the same reasons we conclude that he ate or breathed or blinked or yawned—that he had a body and that it must have performed its natural functions.

That God is described laughing in the Old Testament, that Jesus participated in wedding celebrations, that he used potentially comical exaggerations in his teachings, that he is passible and therefore capable of both misery and joy, and that he had a human body that is ordered toward natural frequent laughter: all of these provide support for the argument that Jesus did laugh and that God does laugh. In addition to all of these arguments, think for a moment of a God who is jovial, joyful, quick to laugh, and maybe even tell jokes now and then. Isn’t this a God you would want to believe in?

[2] Prohibitions include D&C 88:121, “…cease from all your light speeches, from all laughter….” Advocacies of laughter include apostle Joseph B. Wirthlin’s October 2008 General Conference talk, in which he said “The first thing we can do is learn to laugh.”

[9] The classification of different kinds of laughter as wholesome or objectionable from an LDS perspective has been explored by Tucker in BYU Studies 51:4 as well as by Mahony and Corson in BYU Studies 42:2. 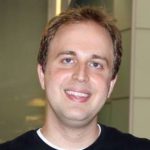 Bradford Tuckfield is a data scientist and investor living in Phoenix. He has a PhD from the University of Pennsylvania and a bachelor's degree from BYU. He has written for The American Interest, National Affairs, Irreantum, and other publications. His personal website is at bradfordtuckfield.com.
View all papers by Bradford Tuckfield →