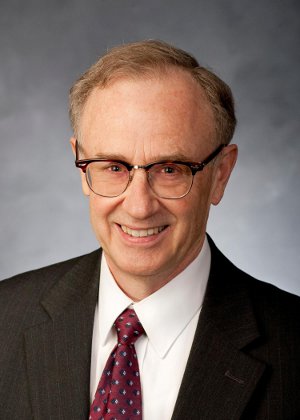 On Tuesday, September 25, at 7 p.m., BYU Professor Royal Skousen will speak on the just-published The Nature of the Original Language, parts 3 and 4 of volume 3 of the Book of Mormon Critical Text Project. The lecture will include additional commentary by Stanford Carmack, Skousen’s collaborator in authoring and researching these two new books.

The lecture will be videotaped and made available in the weeks following the presentation. The event is sponsored by BYU Studies and the Interpreter Foundation. For further information, contact BYU Studies (801-422-6691 or byustudies@byu.edu).

The two new books are now available for purchase from BYU Studies, the joint publisher of these books, along with the Foundation for Ancient Research and Mormon Studies (FARMS), at https://byustudies.byu.edu/content/nature-original-language-book-mormon-parts-3-and-4-volume-iii-book-mormon-critical-text.

The Nature of the Original Language (NOL) continues the analysis of the Book of Mormon text that was begun in Grammatical Variation (GV), parts 1 and 2 of volume 3 of the critical text, published in 2016. In that first work, Royal Skousen (with the collaboration of Stanford Carmack), discussed all the editing that the Book of Mormon has undergone, in its manuscript transmission and in the printed editions from 1830 up to the current edition. Critics of the text have viewed the nonstandard grammar of the original text (“they was yet wroth” and “in them days”) as an indication of Joseph Smith’s dialect, but Skousen and Carmack argue in GV that the so-called bad grammar of the original text was actually Early Modern English and represents language that appeared in published texts from the 1500s and 1600s.

Now in NOL, Skousen (again with the assistance of Carmack) argues that virtually all of the language of the Book of Mormon, not just the bad grammar, is found in Early Modern English. And not only are these words, phrases, and expressions in the text largely from Early Modern English, but a good many of them ceased to exist in English prior to 1700 (examples like but if ‘unless’, do away ‘to dismiss’, and idleness ‘meaningless words’). In all, Skousen identifies about 80 such word uses, phrases, and expressions that disappeared from English one to three centuries before the 1830 publication of the Book of Mormon.

In section 12 of NOL, Carmack discusses the syntax of the Book of Mormon and investigates the plural –th ending (“Nephi’s brethren rebelleth”), the periphrastic past-tense did (“they did quake”), and complex finite clausal complements (“he can cause the earth that it shall pass away”). The Book of Mormon’s extensive (and particular) use of this syntax is not found in the King James Bible, nor in Joseph Smith’s writings or in the pseudobiblical writings common to his time. But it was prevalent in the English of the second half of the 1500s.

Several sections of NOL are dedicated to showing that virtually every expression that scholars and critics have proposed as representing the language of Joseph Smith’s time turn out to be in earlier English, even striking expressions like “to endure the crosses of the world” and “to sing the song of redeeming love”. And some of these are truly archaic expressions that died out of English prior to 1600 and would not have been used by Joseph Smith in his own language, but there they are in the Book of Mormon, examples like “how be it”, meaning ‘however it may be’, and “never the less”, meaning ‘by no means less’.

NOL also lists 133 word uses, phrases, and expressions that can be found in the King James Bible. Many of these are quite rare in the biblical text, examples like require ‘to request’ and cast arrows ‘to shoot arrows’.

In Skousen and Carmack’s view, all of this linguistic evidence (along with the evidence from eyewitnesses of the translation process) strongly argues that Joseph Smith was not the author of the translated English-language text of the Book of Mormon; instead, he received it word for word from the Lord by means of his translation instrument.

Finally, Skousen argues that the themes of the Book of Mormon – religious, social, and political – do not derive from Joseph Smith’s time (also an 1831 claim of Alexander Campbell’s), but instead are the prominent issues of the Protestant Reformation, and they too date from the 1500s and 1600s rather than the 1800s – examples like burning people at the stake for heresy, standing before the bar of justice (often called the pleading bar in the 1600s), secret combinations to overthrow the government, the rejection of infant baptism, the sacrament as symbolic memorial and spiritual renewal, public rather than private confession, no required works of penance, and piety in living and worship. Skousen believes that the Book of Mormon would have resonated much more strongly with the Reformed and Radical Protestants of the 1500s and 1600s than with the Christians of Joseph Smith’s time.

Ultimately, both NOL and GV show that the Book of Mormon is a much different text than what readers have been supposing for the past 188 years. Most importantly, these two works clearly demonstrate that the day of casual claims about the language of the Book of Mormon is over, especially those general statements that the language is a crude imitation of the King James style, intermixed with Joseph Smith’s dialectal usage.

Daniel C. Peterson (PhD, University of California at Los Angeles) is a professor emeritus of Islamic studies and Arabic at Brigham Young University, where he founded the University’s Middle Eastern Texts Initiative. He has published and spoken extensively on both Islamic and Latter-day Saint subjects. Formerly chairman of the board of the Foundation for Ancient Research and Mormon Studies (FARMS) and an officer, editor, and author for its successor organization, the Neal A. Maxwell Institute for Religious Scholarship, his professional work as an Arabist focuses on the Qur’an and on Islamic philosophical theology. He is the author, among other things, of a biography entitled Muhammad: Prophet of God (Eerdmans, 2007).
View all papers by Daniel C. Peterson →