While living in Guangzhou, China, a coastal city near Hong Kong, my wife and I decided to take a trip to Lhasa, the capital of Tibet. Our first day there we decided to just take it easy and try to get used to the thin air of the Himalayas (12,000 feet or 3,650 meters). On our second day, we decided that we were ready for greater physical activity, so we did a lot of walking and even hiked to the top of the Potala Palace, the former summer residence of the Dalai Lama. We had a great time, but by night I could tell that I had overextended myself. The change in altitude from sea level to 12,000 feet had affected me more than expected.

That night I was dead tired, and every time I dozed off to sleep I would suddenly awake gasping for breath. This process continued throughout the night, and I began to feel hopeless and fearful. In this less than rational state I began to wonder if I would suffocate on the Tibetan plateau. Several times during the night I silently cried out in desperation to God to save me from this affliction – but no help arrived. I did not wake Tina because I knew that she was also very tired from our day’s adventures and needed the rest.

When morning finally arrived, my mind was a foggy mess from a lack of sleep and oxygen. Surprisingly, I recognized that I was not thinking rationally, but I was not capable of changing my thought processes, as hopelessness and fear had increased during the night. All I could think about was that I had two more nights of agony to endure. When Tina awoke, I shared my fears with her, and she sympathetically suggested that I talk with the hotel staff about the machine in our room. The machine – we had both seen it, but neither of us had paid much attention to it, and neither of us knew exactly what it was. At first I thought it was a very small refrigerator, but on closer inspection it became clear that it was not. A thought had popped into my head that it might be an oxygen machine, but I had never seen one before.

I responded that if the machine was an oxygen machine it probably didn’t work anyway. After all, it wasn’t even plugged in. Besides, the controls were most likely all in Chinese so how could I even operate it? Calmly, Tina said that she would go down and talk to the hotel staff. Not wanting to put her out I grudgingly agreed to go instead. At the front desk, I explained with my rudimentary Chinese that I could not breathe and wanted to know if the machine in the room could help me. I showed them a picture of the machine for good measure. The employee told me that someone would be up in a few minutes. And, as promised, within a short time there was a knock on our door.

The hotel employee came in, wheeled the machine over by a chair, connected a small plastic tube to an outlet on the machine, placed the tube around my head and under my nose, and then turned on the machine. That is when the first miracle happened. Within seconds I could feel the oxygen-rich air fill my lungs and spread to the rest of my body. It was truly amazing. Then the second miracle occurred. The dark cloud of fear, hopelessness, and doubt began to dissipate while the fogginess in my brain seemed to be blown away as with a strong wind. Life was good again, and I was going to live. Truly, the next two night’s rest were amazingly peaceful.

With a clear mind came a powerful realization. My seemingly unanswered prayers had indeed been answered. In fact, they had been answered even before I had asked. The machine – what I later learned was an oxygen concentrator – had been there ready to bring me comfort and safety all along; all I had to do was ask. But, in my state of hopelessness and fear I was unable to muster the faith sufficient to even do this small thing – ask. It occurred to me further how much this oxygen concentrator was like the Holy Spirit. The Spirit – the Comforter – is always ready to help us. All we have to do is ask with sufficient faith. Elder Richard G. Scott once taught that the Spirit respects our agency so much that he will never interfere in our lives unless we ask. ((From a talk given by Richard G Scott at a missionary zone conference in Beira, Mozambique in January 2011.)) Just like the machine in my room, the Spirit is ready to help and comfort us, just waiting for us to ask.

Perhaps not coincidentally, the word for Spirit in the Old Testament (רוּחַ Ruach) and in the New Testament (πνεῦμα pneuma) both have the same meaning – wind or breath. We read that when God “formed man from the dust of the ground” he also placed in him “his spirit,” or “the breath of life, and man became a living soul” (Abr 5:7).

Job wrote: “All the while my breath is in me, and the spirit of God is in my nostrils” (Job 27:3). Just as this oxygen concentrator brought comfort and restored hope and clarity of mind to me, the Spirit of God occupies the same role. And just as we need to constantly fill our physical lungs with renewing breath, we also need to fill our spiritual lungs with the Holy Spirit, else we die spiritually. As Job implied, we need to breathe in the Spirit – he needs to be in our nostrils and fill our lungs.

Isaiah, ever speaking in parallels, wrote: “Thus saith God the LORD, he that created the heavens, and stretched them out; he that spread forth the earth, and that which cometh out of it; he that giveth breath unto the people upon it, and spirit to them that walk therein” (Isaiah 42:5). In this verse the prophet compared giving breath unto the people with giving the spirit to them. The Spirit is indeed our life-giving breath.

That night on the high Tibetan plateau, when I experienced the deprivation of sleep and oxygen, taught me to be ever vigilant and grateful for the physical and spiritual lungs that the Lord has given me. I will always remember fondly the oxygen machine that helped me gain a new understanding of how the Spirit should and can work in my life. 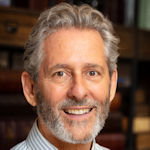