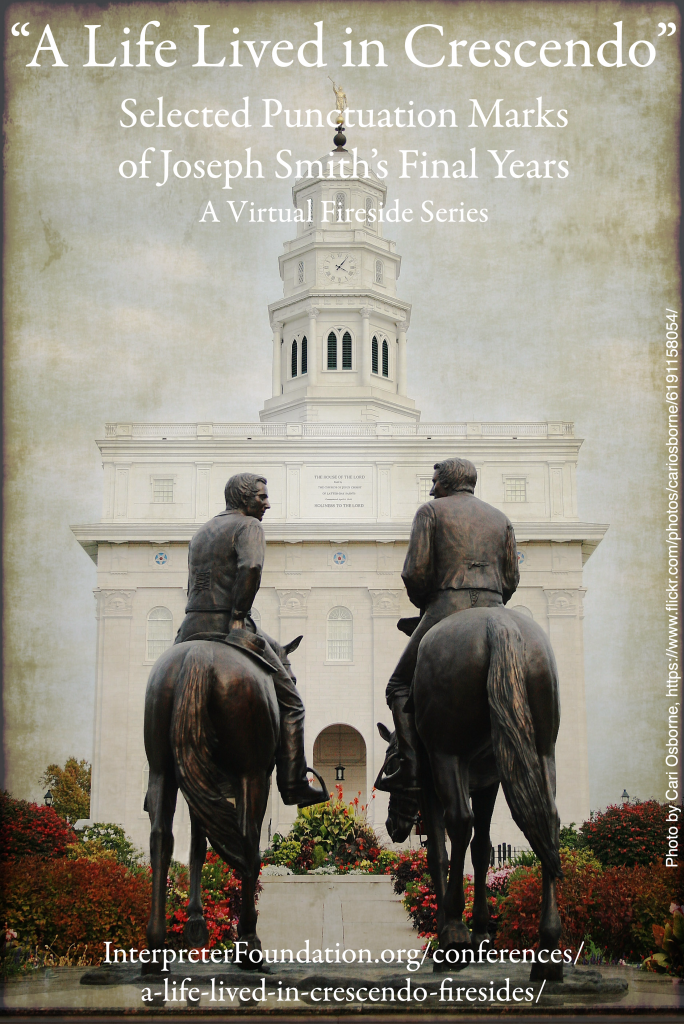 Sponsored by
The Interpreter Foundation
Book of Mormon Central
FAIR

True to the End: The Martyrdom
Presented by
R. Jean Addams

For more information, including schedule, presenters and live-stream links, go to https://interpreterfoundation.org/conferences/a-life-lived-in-crescendo-firesides/

In support of the 2021 “Come Follow Me” curriculum, this virtual fireside series seeks to enrich individual and family scripture study through a series of livestream presentations by faithful scholars on selected capstones of Joseph Smith’s final years. An initial presentation on the events of Joseph Smith’s martyrdom on June 27 (the anniversary of Joseph Smith’s martyrdom) will commemorate that event. Later, from October 18 through November 15, weekly firesides will describe events and doctrines relating to Joseph Smith’s glorious, final teachings—including the restoration of the fulness of temple ordinances and blessings, his courage in the face of continued attempts on his life, the preparation of the Quorum of the Twelve for his departure, boldly countering the aspirants for leadership of the Church, the successful gathering of the main body of the Saints under the direction of Brigham Young, and sealing his prophetic life and testimony with his blood. Time will be set aside for viewer questions following each presentation.

Presentations are scheduled for Sunday evenings at 6:00 PM Mountain Time. Online links for viewing the events will be available a few weeks prior to each presentation.