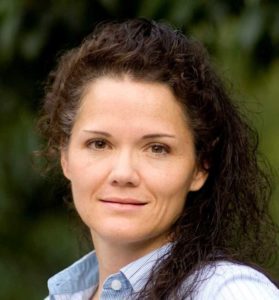 Jennifer Ann Mackley is a realist. “I have children, and they don’t ask me questions,” she admits, “They go to Google.” And when they read things out of context on the internet, they can seem really weird.

Take the story of Wilford Woodruff’s experience in the St. George temple. That was a moment in church history that a lot of people are familiar with, but out of context, it’s an odd story. People write about it all the time, because the founding fathers are Mormon now. That’s how they look at it, which is not what we believe. We believe that everybody needs the opportunity to choose, and Wilford Woodruff had come to the point where he said, “I have been so focused on my own family that I didn’t even think about expanding this.” It was a revelation because he learned that it’s okay for us to help each other, and we don’t just have to focus on our own biological connections.

Mackley was surprised when she was doing research out of her own curiosity that there wasn’t a book out there that put the development of temple doctrine all in one place, so that members could see the continuity. As she got further into her studies, she realized that Wilford Woodruff’s life followed the incremental revelations in the development of temple doctrine. She compiled her research into Wilford Woodruff’s Witness: The Development of Temple Doctrine published in 2014.

“When we talk about ‘line upon line and precept upon precept,’ it wasn’t this grand staircase where one step led to the next, and you could see the top of it and this goal that you were trying to watch,” Mackley explains. “It was like a puzzle: they were given pieces. Now we have the box with the picture on it; we know what we’re putting together. They had no idea.”

Members learning of practices such as rebaptism or priesthood adoption that are no longer practiced may be confused and wonder how they fit into enduring ordinances. Mackley doesn’t see these practices as necessarily trial and error, but rather as evidence of increased learning.

Mackley strongly believes that members not only need to prepare spiritually to attend the temple but also intellectually by doing some research.

In this episode of the LDS Perspectives Podcast, tune in as Sarah Hatch discusses with Jennifer Ann Mackley the life of Wilford Woodruff and the evolution of temple doctrine.

This podcast posted with permission of LDS Perspectives.