Part 2: How the Book of Mormon Counters Anti-Semitism with Bradley J. Kramer 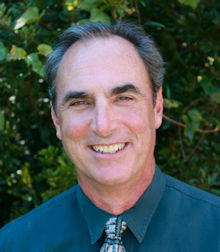 About the Interview: Horrified by the Holocaust and fearful that the New Testament, as it has been traditionally understood, may have contributed to this tragedy, Christian scholars and ministers of all stripes have, in recent decades, proposed several, “extra-textual” ways of altering that understanding. Eugene Fisher, for instance, the former director of ecumenical affairs for the U.S. Conference of Catholic Bishops, warns against reading the passion accounts, which seem to portray all Jews as guilty of Jesus’s death, from the pulpit without “adequate catechesis and preparation.” He also recommends that passages that reinforce this charge, such as the Parable of the Marriage Feast in Matthew (22:1–15), should be avoided entirely.

Marilyn Salmon, an episcopal priest and writer, similarly counsels caution when presenting certain incidents in the New Testament, especially in the Gospel of John. She encourages ministers to read from Bibles that substitute “our people,” “the crowd,” or “the public” for John’s spiritually blind “Jews” and suggests that when they relate stories that appear to accentuate that blindness, such as Nicodemus’ nocturnal visit to see Jesus, that they do so imaginatively, from another, pro-Jewish, viewpoint. In addition, both Salmon and Fisher recommend that readers of the New Testament avail themselves of “interpretive tools,” such as study Bibles and scholarly commentaries, which place the hostility towards Jews present in John and in the other Gospels in a more historically limited, less “everlasting” context.

John Shelby Spong, a retired episcopal bishop, offers a more radical and, for many, a less acceptable approach. He views many of the events in the Gospels as simply “untenable,” primarily because they represent for him literary, not historical, efforts to portray Christianity as superior to Judaism. As Spong sees it, there were no literal shepherds, no angels, no guiding star, no magi, no flight into Egypt,” no temptation in the Wilderness—not even a Sermon on the Mount. He therefore urges his readers to look “beyond the literal and culturally dependent interpretation of the Gospels” and read into them what he feels is “their true, more modern meaning”—a meaning that not only refutes anti-Semitism but conforms to current political agendas.

In this episode of Latter-day Saint Perspectives Podcast, Laura Harris Hales interviews Bradley J. Kramer about his new book, Gathered in One: How the Book of Mormon Counters Anti-Semitism in the New Testament. In this book, Kramer reviews how Fisher, Salmon, Spong, as well as other Christian scholars and ministers have attempted to deal with such anti-Semitic elements as the “blood curse” in Matthew (27:25) and John’s claim that the devil is the father of the Jews (8:44), and he contrasts their efforts with the approach employed by the Book of Mormon.

According to Kramer, the Book of Mormon counters anti-Semitic elements in the New Testament not by avoiding, altering, reimagining, or rejecting its most problematic passages but by joining with the New Testament and by adding to an expanded canon a multitude of pro-Jewish elements. Coming as they do from a scripture of equal stature and status, the many pro-Jewish statements, portrayals, settings, and structuring elements present in the Book of Mormon mix in with their anti-Semitic counterparts in the New Testament and overwhelm them with their greater power, broader context, wider sweep, and closer connections to Judaism as it is practiced today.

In this way, the Book of Mormon discourages anti-Semitic attitudes and behaviors in the same way the New Testament encourages them—literarily, and it does so respectfully, without challenging the New Testament’s text or undermining its religious authority or reliability. As Kramer writes, just as “the Gospels work together, despite their differences, to provide Christians with a more complete and more religiously accurate picture of Jesus and his teachings, [so] the Book of Mormon joins with the New Testament in order to clarify its message with respect to Jews.”

As a result, the elements in the New Testament that foster anti-Semitic attitudes and behaviors are not deleted or destroyed; they are instead “detoxified,” their poison either diluted or eliminated entirely by a flood of similar elements from the Book of Mormon that promote a more positive view of Jews, Judaism, and the Mosaic Law.

In this podcast, Kramer recounts additional anti-Semitic elements present in the New Testament and explains why such elements may have been included in the Gospels. He also discusses the damage these elements have done to Christian-Jewish relations and how the Book of Mormon attempts to repair that damage by fostering a more knowledgeable, more respectful, more cooperative relationship between Christians and Jews, all while retaining a deep commitment to Jesus as the ultimate Messiah.