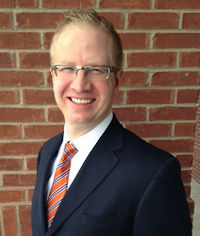 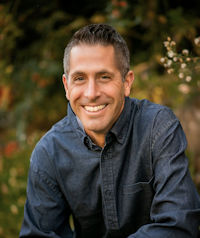 The Joseph Smith Papers Project has published thousands of pages of transcripts, introductions, footnotes, and supplemental materials in recent years. The project’s print volumes have sold more than 200,000 copies, and last year alone, the project’s website, josephsmithpapers.org, had more than 650,000 unique visitors.

Though the publications are aimed primarily at scholars, these numbers make it clear that Church members are the main consumers. Other recent Church publications, such as Saints: The Story of the Church of Jesus Christ in the Latter Days, have also made information from the Joseph Smith Papers available to many Latter-day Saints.

Still, it is undoubtedly the case that the majority of Church members have not spent time in the Joseph Smith Papers. This is certainly understandable, given the scholarly format and the sheer number of pages.

Enter Know Brother Joseph, a new collection of short essays on Joseph Smith designed to bridge that gap—to share information from the Joseph Smith Papers and other recent works of scholarship with a general Latter-day Saint audience.

The three coeditors, all of whom are general editors of the Joseph Smith Papers, invited more than 40 historians and other scholars who have spent years thinking about the founding prophet to provide insights into his history, teachings, and character attributes.

The writers were asked to share historical perspectives in a faith-promoting way, similar to how they might present information in a fireside. Some essayists also chose to discuss how something from Joseph’s experience had personal relevance to them. The result is a collection of brief, informative, inspiring essays that all Latter-day Saints can read and enjoy.

Some essayists explore familiar topics but in new ways. For example, writing on the First Vision, Robin Jensen of the Joseph Smith Papers discusses why Joseph might have waited twelve years before first writing down what he had experienced. Kathleen Flake, a professor of Mormon Studies at the University of Virginia, examines how the coming forth of the Book of Mormon and the restoration of priesthood authority solved the “problem” identified in the First Vision, namely, “Where is the power of salvation to be found on earth?”

Essays with personal details include those from Eric Smith and Elizabeth Kuehn. After relating episodes showing how Joseph Smith responded to adversity, Eric shares how Joseph’s example has given him strength to bear up against challenges in his own life. Elizabeth, a historian with the Joseph Smith Papers, discusses some of Joseph Smith’s character traits that she has been drawn to. She writes, “Spending the last several years immersed in Joseph’s history has brought him to life for me in ways I would never have imagined. It has made him become someone I feel I know.”

That writers selected their own topics allows personal enthusiasm and expertise to shine through. For example, the essay from Scott Hales, lead writer for Saints: The Story of the Church of Jesus Christ in the Latter Days, looks at how Joseph Smith chose to tell his own history. This kind of “meta” analysis—with one writer of history examining another—is a unique way of approaching Joseph Smith.

Essayists did not shy away from potentially challenging subjects. Chapters discuss, for example, Joseph’s evolving views on race, an altercation he had with his brother William, a disciplinary council considering a case of physical abuse, Joseph’s teaching about Heavenly Mother, and questions about how the doctrine of eternal sealing might apply within a blended family.

The life of Joseph Smith teaches us different lessons as we return to it at different points in our growth, both as a Church collectively and as individuals. Each new generation has different questions and concerns as they read history. Meanwhile, each individual might respond to Joseph’s teachings or events from his life in different ways depending on unique and changing life circumstances. Therefore, even when much has been published about Joseph Smith already, a new collection drawing on recent scholarship provides a new opportunity to come to know him a bit better.

It is the fervent hope of the editors of this collection that the volume will strengthen faith in the restored gospel and increase understanding and admiration for the founding prophet of the dispensation of the fulness of times. Admitting that the essays touch on only a small fraction of all that could be explored, the editors also invite readers to a continuing study of Joseph the man and Joseph the prophet.

Matthew C. Godfrey is a general editor and the managing historian of the Joseph Smith Papers. Matthew holds a PhD in American and public history from Washington State University. Before joining the Joseph Smith Papers, he was president of Historical Research Associates, a historical and archeological consulting firm headquartered in Missoula, Montana. He is the author of Religion, Politics, and Sugar: The Mormon Church, the Federal Government, and the Utah-Idaho Sugar Company, 1907–1921 (2007), which was a co-winner of the Mormon History Association’s Smith-Petit Award for Best First Book.

R. Eric Smith is a general editor of the Joseph Smith Papers Project and the editorial manager of the Publications Division of the Church History Department, The Church of Jesus Christ of Latter-day Saints. He was formerly an editor for the Curriculum Department, and before that he practiced law in Salt Lake City. With Matthew J. Grow, he coedited The Council of Fifty: What the Records Reveal about Mormon History (2017). He received a BA in English from Brigham Young University and a JD from the University of Utah.