Intertextuality in the Book of Mormon with Nick Frederick 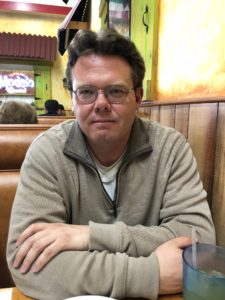 As an undergraduate classics major at BYU, Frederick became interested in studying Book of Mormon intertextuality. He wanted to discuss with other scholars what he was finding but encountered resistance from those who thought he was attacking the historicity of the Book of Mormon. Further frustration came as he realized that the few resources on the topic were primarily written by critics of the Book of Mormon arguing against historicity. Their research was overreaching and didn’t address how these New Testament elements were functioning within the text.

Unfortunately identifying common phrases isn’t as simple as it would seem. Sometimes there are direct quotations, such as from the Sermon on the Mount in 3 Nephi—though even there Frederick discusses the fascinating influence of John’s gospel on quotations from Matthew. But the presence of the New Testament is often subtle. He explains that the Book of Mormon will “carefully weave these New Testament passages into the larger text,” so the interdependence does not readily stand out to the casual reader. The Book of Mormon seems to masterfully deconstruct and reconstruct New Testament concepts and phrases for its own purposes.

In an attempt to broaden the discussion, Frederick proposes a methodology for determining the probability of intertextuality, which goes beyond simply identifying common phrases. He adds four additional criteria to solidify connections. Through multiple examples, Dr. Frederick shows us how intertextual studies can enrich our study of the Book of Mormon.

About Our Guest: Nicholas J. Frederick served a mission in Brussels, Belgium, then attended BYU where he received his BA in classics and his MA in comparative studies. He then attended Claremont Graduate University, where he completed a PhD in the history of Christianity with an emphasis in Mormon studies, after which he returned to work at BYU. His research focuses primarily on the intertextual relationship between the text of the Bible and Mormon scripture. He enjoys teaching courses on the Book of Mormon and the New Testament, particularly the writings of Paul and the Book of Revelation.