Despite All We Can Do with Daniel O. McClellan 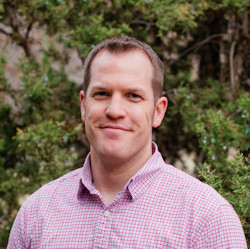 About the Interview: Daniel O. McClellan won the Best Student Paper Award at the 2nd Annual Book of Mormon Studies Association conference for his paper on the linguistic and rhetorical contexts of 2 Nephi 25:23.

In his work as a translation coordinator for the Church, he noticed that there were inconsistencies in the translation of this verse that led to misunderstandings. This finding led him to get to the roots of the phrase by studying the historical context of the reading. His research provides persuasive arguments to an interpretation of grace that clears up common misunderstandings of Restoration theology.

In her interview, Laura Harris Hales also discusses “As Far As It Is Translated Correctly” published in the Religious Educator and “The Use of the Old Testament in the New Testament” from Lincoln Blumell’s anthology on the New Testament, which provide valuable contexts and insights into the translation process.

About Our Guest: Daniel O. McClellan received his bachelor’s degree from Brigham Young University in ancient Near Eastern studies, where he focused on Biblical Hebrew and minored in Classical Greek. He completed a master of studies in Jewish studies at the University of Oxford in July of 2010 and a master of arts in biblical studies at Trinity Western University just outside of Vancouver, BC. He is currently a PhD candidate at the University of Exeter. His areas of specialization are Second Temple Judaism, early Israelite religion, textual criticism of the Hebrew Bible, and cognitive interpretation of scripture.

Transcript: The following has been provided by LDS Perspectives and is an unedited computer-generated transcript — and thus errors are to be expected.