A Closer Look at the Foundational Texts of Mormonism with Sharalyn D. Howcroft 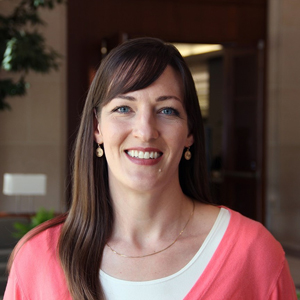 A noteworthy exception is the work of Dean C. Jessee. Jessee’s examination of The History of the Church showed that unlike the subtitle of its first six volumes—Period I: History of Joseph Smith, the Prophet, by Himself—the history was written by a dozen different scribes and clerks, not Smith. Although Smith started the history, his office staff quickly assumed most of the burden of production, barely half of it was completed at the time of Smith’s death in 1844, and it took many more years before it was finished. Jessee’s scholarship showed the necessity of understanding authorship, textual origins, and record production.

Foundational Texts of Mormonism was conceived as a compilation of essays honoring Dean C. Jessee. Taking a page from Dr. Jessee’s playbook, this volume scrutinizes documents as products of history rather than sources of historical information. When records are examined as artifacts of the culture from which they originate, it reveals things about historical sources beyond the content of the records themselves.

Chapters in the book provide original and notable contributions on early Mormon history sources using methodologies advocated by Jessee. Richard Lyman Bushman’s “The Gold Plates as Foundational Text” focuses on the Book of Mormon’s account of its creation, viewing the gold plates as a document in the Book of Mormon narrative. Its disparate texts reflect both divinely inspired and human elements.

Grant Hardy’s “Textual Criticism and the Book of Mormon” assesses Royal Skousen’s Book of Mormon Critical Text Project and what it divulges about the process of dictation and textual transmission, including Joseph Smith’s views on scriptural text.

Thomas A. Wayment, in “Intertextuality and the Purpose of Joseph Smith’s New Translation of the Bible” studies Joseph Smith’s motivation for revising the Bible and how it steered Smith to re-envision the Bible.

Grant Underwood, in “The Dictations, Compilation, and Canonization of Joseph Smith’s Revelations” traces the unfolding of Smith’s revelations from their initial dictation to canonization.

In “Joseph Smith’s Missouri Prison Letters and the Mormon Textual Community,” David W. Grua examines Smith’s epistles given to the Latter-day Saint community during his incarceration, and how they connected the suffering of the Saints with revelation.

Jennifer Reeder in “The Textual Culture of the Nauvoo Female Relief Society Leadership and Minute Book” studies the undercurrent of polygamous relationships evident in the society’s minute book, based on what was and was not recorded.

William V. Smith’s chapter on “Joseph Smith’s Sermons and the Early Mormon Documentary Record,” examines how a more extensive documentary record of Smith’s sermons was the direct result of the increased importance place upon Smith’s preaching.

In “Joseph Smith’s Nauvoo Journals,” Alex D. Smith and Andrew H. Hedges analyze Smith’s journals kept during the last two and a half years of his life and their contribution to our understanding of Smith’s last few years and the Nauvoo community at that time.

The prolific writings of Wilford Woodruff are reviewed in Laurel Thatcher Ulrich’s “The Early Diaries of Wilford Woodruff, 1835–1839.” Woodruff’s painstaking care when recording his diary indirectly chronicles his lived experience through earthly and heavenly bonds, his faith, and missionary work.

In “An Archival and Textual Reexamination of Lucy Mack Smith’s History,” Sharalyn D. Howcroft reconstructs the original order of the history, studies its composition methodology, and explains its complicated provenance.

Primary sources of early Mormon history are not only written texts but also include photographs. In “The Image as Text and Context in Early Mormon History,” Jeffrey G. Cannon considers photographs as texts. Many early Mormon images were taken within the context of rivaling succession claims.

Ronald O. Barney’s chapter on “Joseph Smith and the Conspicuous Scarcity of Early Mormon Documentation” investigates what records were and were not created, the gaps in the records, and what it tells us about early Mormon recordkeeping.

Our Guest:  Sharalyn D. Howcroft has been employed by the Church History Department since 2000 as an archivist and document specialist for the Joseph Smith Papers. She received a BA in English with a minor in Hebrew language from Brigham Young University. After finishing an intensive Hebrew program in the Middle East, she completed an intensive Arabic program that was part of a Middle Eastern languages consortium at the University of Utah. She received an MA in library and information science with an archival studies concentration from the University of Wisconsin–Milwaukee and is a member of the Academy of Certified Archivists.