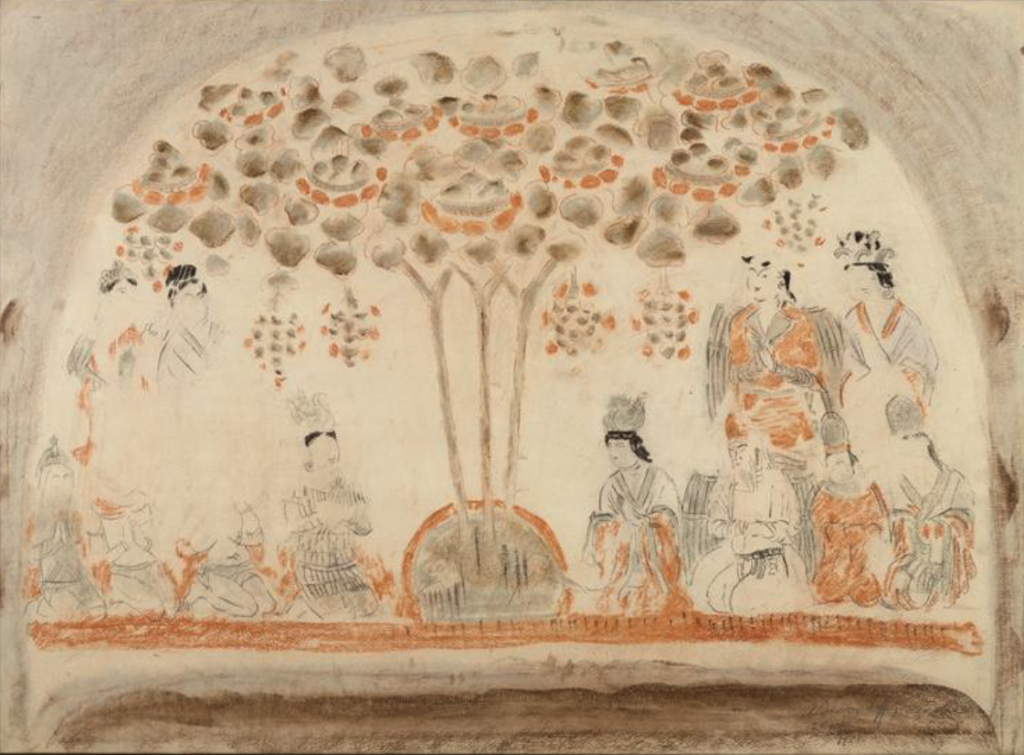 Figure 1. For many years, scholars interpreted this painting as portraying an element of the dream of the gibborim in the Book of Giants, where the tree with three trunks was seen as representing the idea that only Noah and his three sons would escape the Flood

Hugh Nibley has pointed out intriguing similarities between Mahijah in Joseph Smith’s Book of Moses and Mahaway in the Book of Giants, not only in their names but also in their respective roles. He observes:[1]

The only thing the Mahijah in the Book of Moses is remarkable for is his putting of bold direct questions to Enoch. … And this is exactly the role, and the only role, that the Aramaic Mahujah [i.e., Mahaway] plays in the story.

In the Book of Giants, we read the report of a series of dreams that troubled the gibborim. In the dream of Hahyah:[2]

7. … there was a large garden planted with all sorts of trees …
9. [and from one tree came three shoots I watch]ed until tongues of fire from
10. [heaven came down …] …, and the fire burned all
11. [the trees of this orchard all around and it did not burn the tree and its shoots …]

16. … the Ruler of Heaven came down to earth …
18. … and behold[ boo]ks were opened and a judgment was pronounced.

In an impressive correspondence to the questioning of Enoch by Mahijah in the Book of Moses, the gibborim send Mahaway to “consult Enoch in order to receive an authoritative interpretation of the visions.”[5] In the Book of Giants, we read:[6]

20. … [ … Thereupon] all the gibborim [and monsters] grew afraid
21. and called Mahaway. He came to the assembly [of the monsters] and the gibborim and they sent him to Enoch
22. [and they delib]erated and said to him: ‘Go …’[7]
23. ‘He will tell [y]ou the interpretation of the dreams and everyone will be appeased.

An additional phrase in some translations of the passages cited above implies that Mahaway was chosen because he had been to Enoch for advice before: “previously you listened to his [Enoch’s] voice.”[9] This may correspond to Mahaway’s assertion that this is the second request he has made of Enoch.[10] “Beyer understands this … passage to signify … that Mahaway was the only [gibbor] capable of executing this mission due to his personal acquaintance with Enoch.”[11] Nibley goes further, seeing hints that it is more than this character’s previous acquaintance with Enoch that is driving the requests:[12]

They are scared; they don’t know who Enoch is so they force Mahijah [i.e., Mahaway] to go and ask who they really are.

Which, in Nibley’s interpretation, leads directly to Mahijah’s question in the Book of Moses:[13]

Tell us plainly who thou art, and from whence thou comest?

In conclusion, it is remarkable that both the similar names and roles of Mahijah and Mahaway are preserved in both the Book of Giants and the Book of Moses. Going further, Loren Stuckenbruck observes the same pattern of preservation in Chinese Manichaean fragments of the Book of Giants, which includes names of other individuals besides Mahawai that are, for one reason or another, significantly altered. Especially given the potential for “instances in which onomastic changes [i.e., changes in characters’ names] may have been due to the change of the language media,” he is impressed with the “straightforward correspondence between the name(s) Mahawai in the Manichaean texts and Mahaway in the Aramaic [Book of Giants], in which the character, acting in a mediary role, encounters Enoch ‘the scribe.’”[14]

Trying to make sense of the connections between the Aramaic Book of Giants, the Manichaean Book of Giants, and certain passages in medieval Jewish midrash, John C. Reeves argues that it is:

plausible to assume that these stories are … textual expressions of an early exegetical tradition circulating in learned groups during the Second Temple era. One version appeared in Aramaic at Qumran and was presumably the version later studied and adapted by Mani. Another version of the same tradition recurs in Hebrew in the Middle Ages. Still other versions (if not one of the two aforementioned ones) apparently influenced Islamic exegetes of the Qur’anic passage regarding the sins of Harut and Marut.[15]

The confluence of resemblances in both the names and roles of Mahijah and Mahaway is a witness of this character’s importance across Enoch texts separated by vast distances in time, culture, and geography. Given that the Book of Moses Enoch story resembles the Aramaic Book of Giants more than any of the later versions argues in favor of the antiquity of the Book of Moses.

This article was adapted and updated from Bradshaw, Jeffrey M., and Ryan Dahle. “Could Joseph Smith have drawn on ancient manuscripts when he translated the story of Enoch? Recent updates on a persistent question (4 October 2019).” Interpreter: A Journal of Latter-day Saint Faith and Scholarship 33 (2019): 305–373. https://journal.interpreterfoundation.org/could-joseph-smith-have-drawn-on-ancient-manuscripts-when-he-translated-the-story-of-enoch-recent-updates-on-a-persistent-question/. (accessed October 23, 2019), pp. 316–317

———. "The humbling of the arrogant and the “wild man” and “tree stump” traditions in the Book of Giants and Daniel 4." In Ancient Tales of Giants from Qumran and Turfan: Contexts, Traditions, and Influences, edited by Matthew Goff, Loren T. Stuckenbruck and Enrico Morano. Wissenschlaftliche Untersuchungen zum Neuen Testament 360, ed. Jörg Frey, 61-80. Tübingen, Germany: Mohr Siebeck, 2016.

———. n.d. Midrash of Shemhazai and Azael. In Religious Studies, The University of North Carolina at Charlotte. https://pages.uncc.edu/john-reeves/course-materials/rels-2104-hebrew-scripturesold-testament/bereshit-rabbati-on-shemhazai-azael/. (accessed September 6, 2007).

———. "The Book of Giants among the Dead Sea Scrolls: Considerations of method and a new proposal on the reconstruction of 4Q530." In Ancient Tales of Giants from Qumran and Turfan: Contexts, Traditions, and Influences, edited by Matthew Goff, Loren T. Stuckenbruck and Enrico Morano. Wissenschlaftliche Untersuchungen zum Neuen Testament 360, ed. Jörg Frey, 129-41. Tübingen, Germany: Mohr Siebeck, 2016.

The former scholarly consensus about the relationship of this painting to the Book of Giants (see, e.g., H.-J. Klimkeit, Manichaean Art, pp. 31–32) was based on a faulty attribution of citations of Severus of Antioch to the Book of Giants in his critique of Manichaeism. It was refuted in J. C. Reeves, Jewish Lore, pp. 165–174—notwithstanding the fact that the painting was depicted on the cover of Reeves’ book. Later, G. Kósa, Peacocks advanced several new ideas about the interpretation of the mural, including a convincing argument that the three trunks in the painting were meant to evoke the Manichaean concept of the “Three Constancies” rather than Noah and his sons. Despite this new interpretation, no scholar disputes the strong connection between the Manichaean Book of Giants (well known to Manichaeans in the East) and the Qumran Book of Giants —only the idea that Severus was quoting the Book of Giants rather than another Manichaean source.

[1] H. W. Nibley, Enoch, p. 278. Noting the possibility of wordplay, Nibley conjectures that “what the Ma- [in Mahijah] most strongly suggests is certainly the all-but-universal ancient interrogative, Ma (“who?” or “what?”), so that the names Mahujah and Mahijah both sound to the student of Semitics like questions” (H. W. Nibley, Churches (1989), p. 290).

It is taught that one night [when] Hayya and Hiyya, the sons of Shemhazai, were asleep, they both dreamed dreams. … And the other saw in his dream a large and flourishing garden, and that garden was planted with every type of tree and all sorts of delightful [plants], and then angels came bearing hatchets and cut down the trees, leaving only one tree which had three branches. When they awoke from their slumber, they arose in terror and came to their father and recounted the dreams to him. He said to them: “My sons, the Holy One, blessed be He, is planning to bring a Deluge into the world to destroy it, and nothing will be left in it except for one man and his three sons.”

One of them beheld in his dream a large stone spread out over the earth like a table, and the whole of it was chiseled and inscribed with many rows [of characters]. Then an angel descended from heaven with a type of knife in his hand, and scraped and effaced all of those rows [of characters], leaving only one row containing four words.

That the giants look for a Jewish sage to explain the meaning of their dreams is not so surprising. Indeed, when we look at other cases of non-Jews receiving symbolic dream-visions in the Hebrew Bible, they too lack understanding of their dreams and must seek out an interpreter upon waking. Perhaps the closest parallel to our text is Daniel 4, where King Nebuchadnezzar receives a frightening dream, which only Daniel is able to interpret. Like our text, the focus of the narrative is on the gentile dreamer, who often speaks in the first person, while the Jewish interpreter plays only a minor role. Perhaps another point of comparison can be found in that Daniel 4 tells not only of Nebuchadnezzar’s judgment but also of his subsequent rehabilitation and restoration—the Greek edition even has him convert. Perhaps, like Nebuchadnezzar, some of the giants are likewise granted an opportunity for repentance and rehabilitation.

[Then] all the [gibborim] [and the nephilim] … called to Mahawai and he came to them. They implored him and sent him to Enoch, [the celebrated scribe] and they said to him: “Go […] … and death for you, who […] hears his voice and tell him to [explain to you] and interpret the dream …”


[7] Cf. the word “go” in Enoch’s formal commission (Moses 6:32). For more about the use of this form in the commissioning of Mahujah and in similar contexts in the Enoch literature, see J. C. Reeves, Jewish Lore, pp. 93–94.