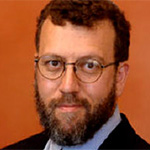 Joshua Berman is a professor of Bible at Bar-Ilan University in Israel and an Associate Fellow at the Shalem Center, a Jerusalem based research institute. Dr. Berman is the author of The Temple: Its Symbolism and Meaning Then and Now (Jason Aronson Publishers, 1995) which explores the theme of Temple across the Bible, and has drawn particular attention in Jewish and Mormon circles. He is also the author of Narrative Analogy in the Hebrew Bible: Battle Stories and Their Equivalent Non-battle Narratives (Brill Publishers, 2004), which explores the rhetorical conventions of biblical battle scenes and their implications for the messages of those stories. He is also the author of Created Equal: How the Bible Broke with Ancient Political Thought (Oxford University Press, 2008), named a National Jewish Book Award Finalist. He has published in such noted journals as the Journal of Biblical Literature, Vetus Testamentum, and Catholic Biblical Quarterly, and is an engaged scholar with a deep interest in sharing the fruits of scholarship with across a wide spectum of public audiences. Dr. Berman attended Princeton University, where he received a B.A. in Religion, and holds a doctorate in Bible from Bar-Ilan University. He is also an orthodox rabbi, and received his ordination from the Israeli Chief Rabbinate. Dr. Berman, his wife and four children reside in Bet Shemesh, Israel.

The Temple: A Multi-Faceted Center and Its Problems