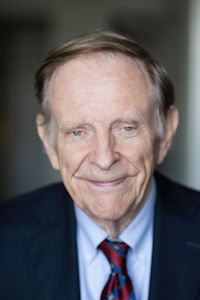 Richard Bushman was born in Salt Lake City in 1931 and brought up in Portland, Oregon. He received his undergraduate and graduate degrees from Harvard University and taught at Brigham Young University, Boston University, and the University of Delaware. He retired as Gouverneur Morris Professor of History at Columbia University in 2001 and was visiting Howard W. Hunter Chair of Mormon Studies at Claremont Graduate University from 2008 to 2011. He is the author of a number of books including Joseph Smith: Rough Stone Rolling. He served as Co-General Editor of the Joseph Smith Papers until 2012 and in 1997 founded the Mormon Scholars Foundation which fosters the development of young LDS scholars. He is now co-director of the Center for Latter-day Saint Arts in New York City. With his wife Claudia Bushman, he is the father of six children and twenty grandchildren. He has served as a Bishop and Stake President and currently is Patriarch of the New York Young Single Adult Stake. 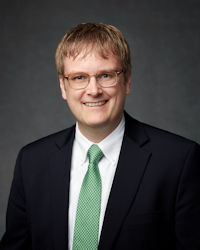 Matthew J. Grow is Managing Director of the Church History Department of The Church of Jesus Christ of Latter-day Saints. In that capacity, he leads a team of history professionals who collect documents and artifacts, preserve them, and promote understanding of the Church’s past through a publishing program, a research library, a museum, and many historic sites. Grow also serves as a general editor of the Joseph Smith Papers and Saints: The Story of the Church of Jesus Christ in the Latter Days. He has published widely on Latter-day Saint history and American religious history. Grow received his PhD in American history from the University of Notre Dame. He and his wife Alyssa live with their four children in Sandy, Utah..

Presenters and Speakers at the Saturday Session 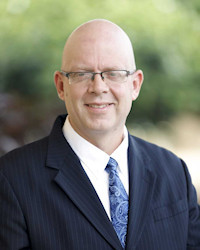 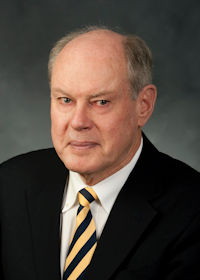 S. Kent Brown is an emeritus professor of Ancient Scripture at Brigham Young University and is the former director of the BYU Jerusalem Center for Near Eastern Studies. Brother Brown taught at BYU from 1971 to 2008. In the world of documentary films, he was the executive producer for Journey of Faith, Journey of Faith: The New World, and Messiah: Behold the Lamb of God, all productions of the Neal A. Maxwell Institute at BYU. His most recent book is The Testimony of Luke which deals historically, culturally, and doctrinally with each verse in Luke’s Gospel (2015). He has finished the manuscript for a commentary on the New Testament Epistle to the Ephesians. In Church service, he was president of the BYU Thirteenth Stake, president of the Jerusalem District, a counselor in the presidency of the Central Eurasian Mission, president of the Izmir branch in Turkey, and most recently an institute teacher. He and his wife Gayle are the parents of five children and the grandparents of twenty-five grandchildren and three great grandchildren. 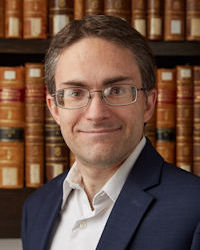 David Calabro is the Curator of Eastern Christian Manuscripts at the Hill Museum and Manuscript Library, Saint John’s University. He holds a PhD in Near Eastern Languages and Civilizations from the University of Chicago. His research in Near Eastern ritual, narrative, and sacred space has led to several published articles and a book currently under contract with Penn State University Press/Eisenbrauns. He has also published articles on the Book of Mormon and other ancient scriptures of the Restoration. He lives in Saint Cloud, Minnesota, with his wife Ruth and seven children. 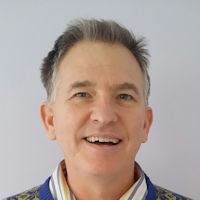 Stanford Carmack has a linguistics and a law degree from Stanford University as well as a doctorate in Hispanic Languages and Literature from the University of California, Santa Barbara, specializing in historical syntax and textual analysis. He currently researches Book of Mormon syntax and lexis as they relate to English usage and contributes to aspects of the Book of Mormon critical text project carried out by Royal Skousen. 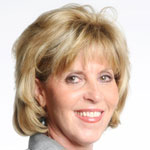 Kristine Wardle Frederickson (PhD, History, University of Utah) has taught over 25 university courses in the History, Women’s Studies, Honors, and Religion departments at Brigham Young University and Utah Valley University. She was an op-ed writer for ten years for The Deseret News and Mormon Times. She is the author of Extraordinary Courage: Women Empowered by the Gospel of Jesus Christ. She has published on a wide range of historical and religious topics in books, periodicals, and presented at numerous conferences. Her areas of expertise include Modern European History (emphasis on nineteenth-century Britain), American History, Women’s History, and Religious History. She and her husband Reid are the parents of six children and eleven grandchildren. 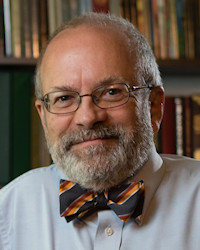 Kent P. Jackson retired in June 2017 as a professor of religion at Brigham Young University, where he had taught since 1980. He has a BA in Ancient Studies from BYU and MA and PhD degrees in Near Eastern studies from the University of Michigan. His research interests include the Near East and the intersection of Mormonism and the Bible. He has authored or edited Joseph Smith’s Commentary on the Bible; Joseph Smith’s New Translation of the Bible: Original Manuscripts; and A Bible Reader’s History of the Ancient World. Professor Jackson is a former associate dean of religion and former associate director of the Brigham Young University Jerusalem Center for Near Eastern Studies. 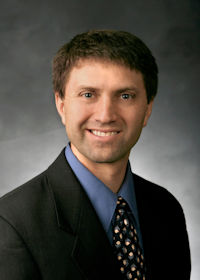 Kerry Muhlestein received his BS from BYU in psychology with a Hebrew minor. As an undergraduate, he spent time at the BYU Jerusalem Center for Near Eastern Studies in the intensive Hebrew program. He received an MA in ancient Near Eastern studies from BYU and his PhD from UCLA in Egyptology, where in his final year he was named the UCLA Affiliates Graduate Student of the Year. He taught courses in Hebrew and Religion part time at BYU and the UVSC extension center, as well as in history at Cal Poly Pomona and UCLA. He also taught early-morning seminary and at the Westwood (UCLA) institute of religion. His first full-time appointment was a joint position in religion and history at BYU–Hawaii. He is the director of the BYU Egypt Excavation Project. He was selected by the Princeton Review in 2012 as one of the best 300 professors in the nation (the top .02% of those considered). He was also a visiting fellow at the University of Oxford for the 2016–17 academic year. He has published seven books and over fifty-five peer-reviewed articles and has done over eighty academic presentations. He and his wife, Julianne, are the parents of six children, and together they have lived in Jerusalem while Kerry has taught there on multiple occasions. He has served as the chairman of a national committee for the American Research Center in Egypt and serves on their Research Supporting Member Council. He has also served on a committee for the Society for the Study of Egyptian Antiquities and currently serves on their board of trustees and as a vice president of the organization and has served as president. He has been the co-chair for the Egyptian Archaeology Session of the American Schools of Oriental Research. He is also a senior fellow of the William F. Albright Institute for Archaeological Research. He is involved with the International Association of Egyptologists. 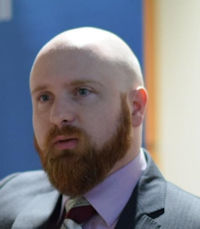 Jonathon Riley received an MA in Biblical Studies from Trinity Western University in Langley, Canada and a BA in Ancient Near Eastern Studies from Brigham Young University. He is currently pursuing a Ph.D. in Biblical Studies at The Catholic University of America in Washington, DC, and spent three years writing KnoWhys for Book of Mormon Central. He and his wife, Sara, have two children, and he enjoys hiking with his family. 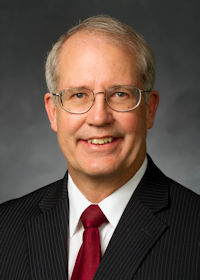 David Rolph Seely is a professor of Ancient Scripture at Brigham Young University. He earned his undergraduate degree in Greek and a master’s degree in Classics from Brigham Young University and a Ph.D. from the University of Michigan in ancient and biblical studies. He is a member of the international team of scholars that translated and published the Dead Sea Scrolls, and published together with Professor Moshe Weinfeld the Barkhi Nafshi hymns from Qumran. He has co-authored with Richard Holzapfel and Dana Pike Jehovah and the World of the Old Testament and with William Hamblin Solomon’s Temple in Myth and History. 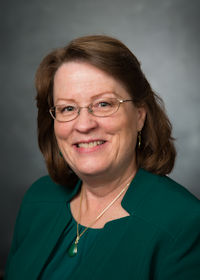 Jo Ann H. Seely is an Adjunct Instructor of Ancient Scripture at Brigham Young University. She received her undergraduate degree in Communications and Masters degree in Anthropology with a focus in ancient Near Eastern Studies at BYU. Jo Ann has taught in the Program on Studies in Religion at the University of Michigan, and at the BYU Jerusalem Center. She co-edited with John W. Welch and David R. Seely the volume Glimpses of Lehi’s Jerusalem. Jo Ann has published on various scripture topics in Old Testament, New Testament, and the Book of Mormon. 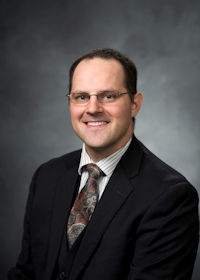 Avram R. Shannon is an Assistant Professor in the Department of Ancient Scripture at Brigham Young University-Provo. He earned a PhD from The Ohio State University in Near Eastern Languages and Cultures, with a Graduate Specialization in Religions of the Ancient Mediterranean. His research deals with the ways that communities understand scripture and law in changed social circumstances. 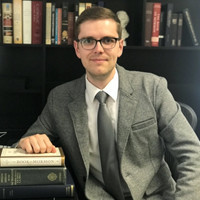 Stephen O. Smoot is a doctoral student in Semitic and Egyptian Languages and Literature at the Catholic University of America. He previously earned a Master’s degree in Near and Middle Eastern Civilizations from the University of Toronto and Bachelor’s degrees in Ancient Near Eastern Studies and German Studies from Brigham Young University.