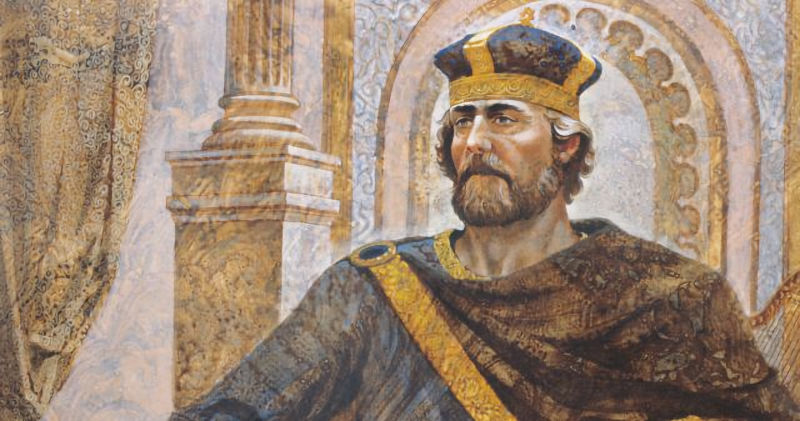 “All scripture is given by inspiration of God, and is profitable for doctrine, for reproof, for correction, for instruction in righteousness” (2 Timothy 3:16).

2 Samuel 5: All Israel anoints David king—He takes Jerusalem and is blessed of the Lord—He conquers the Philistines.

2 Samuel 6: David takes the ark to the city of David—Uzzah is smitten for steadying the ark and dies—David dances before the Lord, causing a breach between him and Michal.

2 Samuel 7: David offers to build a house for the Lord—The Lord, through Nathan, says He has not asked David to do so—The Lord will establish David’s house and kingdom forever—David offers a prayer of thanksgiving.

2 Samuel 11: David lies with Bathsheba, and she conceives—He then arranges for the death in battle of her husband, Uriah.

2 Samuel 12: Nathan tells David the parable of the ewe lamb—The Lord gave many wives to David, who is now cursed for taking Bathsheba—David fasts and prays for his son, but the Lord takes him—Solomon is born—David conquers the royal city of the Ammonites.

1 Kings 3: Solomon loves the Lord and keeps His commandments—The Lord appears to Solomon and promises him a wise and an understanding heart—He judges between two harlots and determines who is the mother of a child.

1 Kings 8: The ark, containing the two tablets of stone, is placed in the holy of holies—The glory of the Lord fills the temple—Solomon offers the dedicatory prayer—He asks for temporal and spiritual blessings upon repentant and prayerful Israel—The people sacrifice and worship for fourteen days.

1 Kings 11: Solomon marries non-Israelite women, and his wives turn his heart to the worship of false gods—The Lord stirs up adversaries against him, including Jeroboam, the son of Nebat—Ahijah promises Jeroboam that he will be the king of the ten tribes—Solomon dies and Rehoboam reigns in his stead.