David and Goliath, by Steve Nethercott 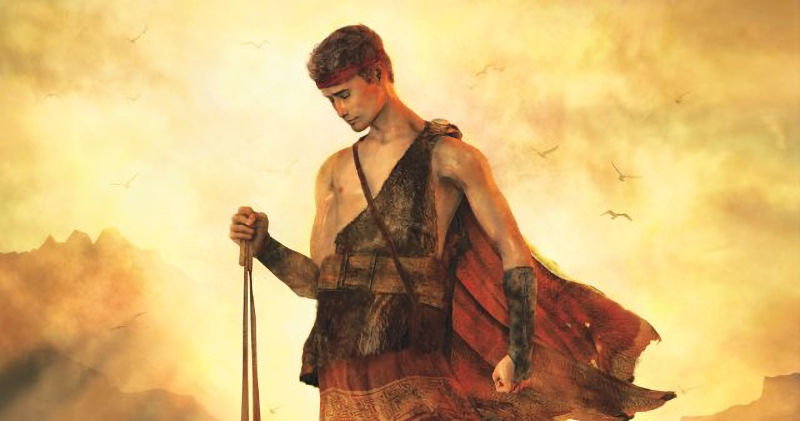 The suggestions in this outline can help you identify some of the important principles in these chapters. You may find other principles as you study.

1 Samuel 8: Samuel’s sons take bribes and pervert judgment—The Israelites seek for a king to rule over them—Samuel rehearses the nature and evils of kingly rule—The Lord consents to give them a king.

1 Samuel 9: Saul, the son of Kish, a Benjamite, is a choice and goodly person—He is sent to seek his father’s asses—The Lord reveals to Samuel the seer that Saul is to be king—Saul goes to Samuel and is entertained by him.

1 Samuel 10: Samuel anoints Saul to be captain over the Lord’s inheritance—Samuel manifests the gift of seership—Saul prophesies among the prophets, and the Lord gives him a new heart—He is chosen king at Mizpeh.

1 Samuel 13: Saul offers a burnt offering—The Lord rejects him and chooses another captain over His people.

1 Samuel 15: Saul is commanded to smite and destroy the Amalekites and all that they have—He saves some animals to sacrifice—Saul is rejected as king and told that to obey is better than sacrifice—Samuel destroys Agag.

1 Samuel 16: The Lord chooses David of Bethlehem as king—He is anointed by Samuel—Saul chooses David as his companion and armor bearer.

1 Samuel 17: Israel and the Philistines engage in war—Goliath of Gath, a giant, defies Israel and challenges any Israelite to personal combat—David goes against him in the name of the Lord—David slays Goliath with a sling and a stone—Israel defeats the Philistines.

1 Samuel 18: Jonathan loves David—Saul sets David over his armies—David is honored by the people, and Saul becomes jealous—David marries Michal, a daughter of Saul.