Whither Thou Goest, by Sandy Freckleton Gagon 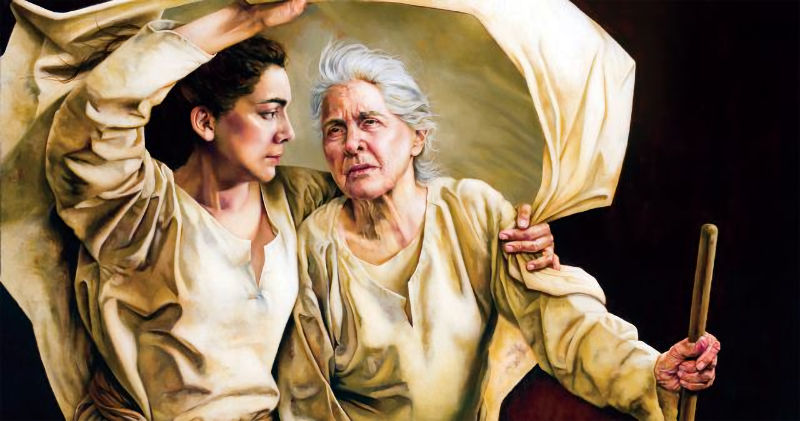 As you study the lives of Ruth, Naomi, Hannah, and others this week, listen closely to the Spirit and record any impressions you receive. What are you inspired to do?

Ruth 1: Elimelech and his family go to Moab because of famine—His sons marry—The father and sons die—Ruth, the Moabitess, her husband having died, remains constant to Naomi—They come to Bethlehem.

Ruth 2: Ruth gleans in the fields of Boaz, a near relative of Naomi—He treats Ruth kindly.

Ruth 3: By Naomi’s instruction, Ruth lies at the feet of Boaz—He promises as a relative to take her as his wife.

Ruth 4: The nearest relative declines, and Boaz takes Ruth to wife—Ruth bears Obed, through whom came David the king.

1 Samuel 2: Hannah sings praises to the Lord—Samuel ministers before the Lord—Eli blesses Elkanah and Hannah, and they have sons and daughters—The sons of Eli reject the Lord and live in wickedness—The Lord rejects the house of Eli.

1 Samuel 3: The Lord calls Samuel—The house of Eli will not be purged by sacrifices and offerings—Samuel is recognized as a prophet by all Israel—The Lord appears to him.