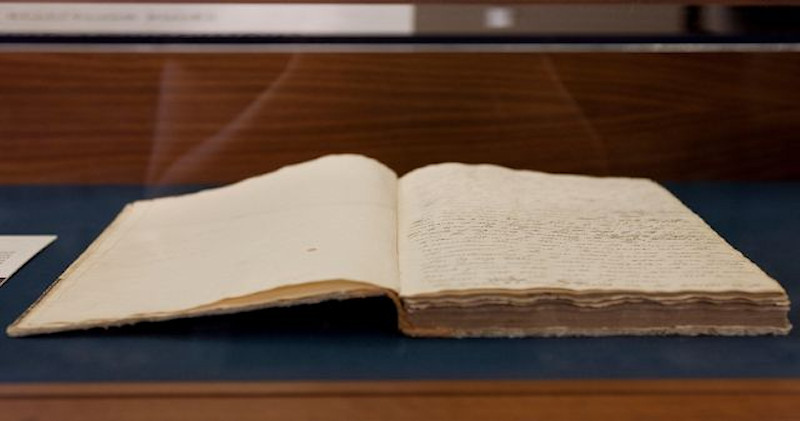 D&C 67: Revelation given through Joseph Smith the Prophet, at Hiram, Ohio, early November 1831. The occasion was that of a special conference, and the publication of the revelations already received from the Lord through the Prophet was considered and acted upon (see the heading to section 1). William W. Phelps had recently established the Church printing press in Independence, Missouri. The conference decided to publish the revelations in the Book of Commandments and to print 10,000 copies (which because of unforeseen difficulties was later reduced to 3,000 copies). Many of the brethren bore solemn testimony that the revelations then compiled for publication were verily true, as was witnessed by the Holy Ghost shed forth upon them. Joseph Smith’s history records that after the revelation known as section 1 had been received, some conversation was had concerning the language used in the revelations. The present revelation followed.

D&C 68: Revelation given through Joseph Smith the Prophet, at Hiram, Ohio, November 1, 1831, in response to prayer that the mind of the Lord be made known concerning Orson Hyde, Luke S. Johnson, Lyman E. Johnson, and William E. McLellin. Although part of this revelation was directed toward these four men, much of the content pertains to the whole Church. This revelation was expanded under Joseph Smith’s direction when it was published in the 1835 edition of the Doctrine and Covenants.

D&C 69: Revelation given through Joseph Smith the Prophet, at Hiram, Ohio, November 11, 1831. The compilation of revelations intended for early publication had been passed upon at the special conference of November 1–2. On November 3, the revelation herein appearing as section 133, later called the Appendix, was added. Oliver Cowdery had previously been appointed to carry the manuscript of the compiled revelations and commandments to Independence, Missouri, for printing. He was also to take with him money that had been contributed for the building up of the Church in Missouri. This revelation instructs John Whitmer to accompany Oliver Cowdery and also directs Whitmer to travel and collect historical material in his calling as Church historian and recorder.

D&C 70: Revelation given through Joseph Smith the Prophet, at Hiram, Ohio, November 12, 1831. The Prophet’s history states that four special conferences were held from the 1st to the 12th of November, inclusive. In the last of these assemblies, the great importance of the revelations that would later be published as the Book of Commandments and then the Doctrine and Covenants was considered. This revelation was given after the conference voted that the revelations were “worth to the Church the riches of the whole Earth.” Joseph Smith’s history refers to the revelations as “the foundation of the Church in these last days, and a benefit to the world, showing that the keys of the mysteries of the kingdom of our Savior are again entrusted to man.”