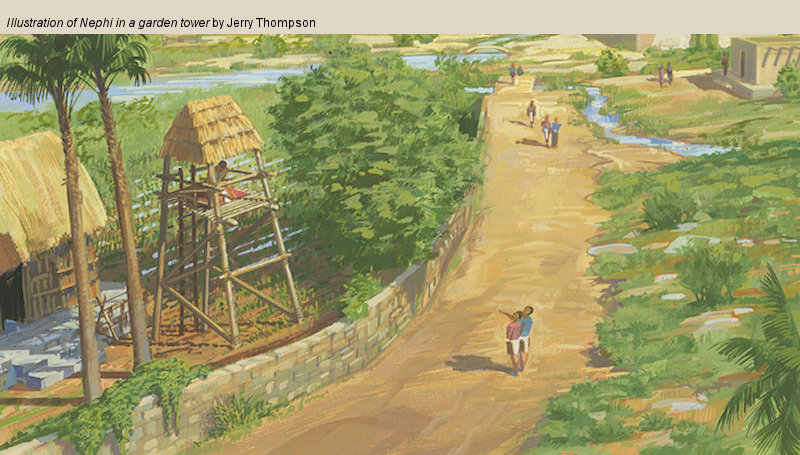 Nephi, Lehi, and others had “many revelations daily” (Helaman 11:23). Frequent revelation is not just for prophets﻿—it’s available to you, too. Recording your impressions can help you receive revelation more consistently.

Helaman 7: Nephi is rejected in the north and returns to Zarahemla—He prays upon his garden tower and then calls upon the people to repent or perish. About 23–21 B.C.

Helaman 9: Messengers find the chief judge dead at the judgment seat—They are imprisoned and later released—By inspiration Nephi identifies Seantum as the murderer—Nephi is accepted by some as a prophet. About 23–21 B.C.

Helaman 10: The Lord gives Nephi the sealing power—He is empowered to bind and loose on earth and in heaven—He commands the people to repent or perish—The Spirit carries him from multitude to multitude. About 21–20 B.C.

Helaman 11: Nephi persuades the Lord to replace their war with a famine—Many people perish—They repent, and Nephi importunes the Lord for rain—Nephi and Lehi receive many revelations—The Gadianton robbers entrench themselves in the land. About 20–6 B.C.

Helaman 12: Men are unstable and foolish and quick to do evil—The Lord chastens His people—The nothingness of men is compared with the power of God—In the day of judgment, men will gain everlasting life or everlasting damnation. About 6 B.C.