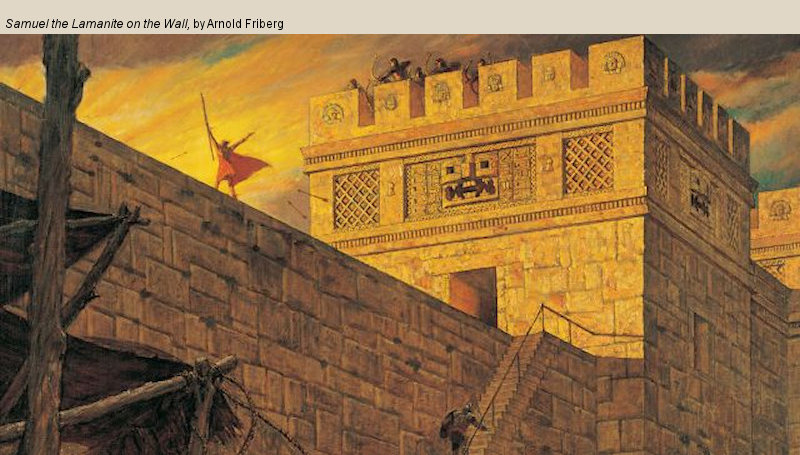 As you record your impressions this week, think about how the principles in Helaman 13–16 build on and reinforce other things you have been learning in the scriptures.

Helaman 13: Samuel the Lamanite prophesies the destruction of the Nephites unless they repent—They and their riches are cursed—They reject and stone the prophets, are encircled about by demons, and seek for happiness in doing iniquity. About 6 B.C.

Helaman 14: Samuel predicts light during the night and a new star at Christ’s birth—Christ redeems men from temporal and spiritual death—The signs of His death include three days of darkness, the rending of the rocks, and great upheavals of nature. About 6 B.C.

Helaman 15: The Lord chastened the Nephites because He loved them—Converted Lamanites are firm and steadfast in the faith—The Lord will be merciful unto the Lamanites in the latter days. About 6 B.C.

Helaman 16: The Nephites who believe Samuel are baptized by Nephi—Samuel cannot be slain with the arrows and stones of the unrepentant Nephites—Some harden their hearts, and others see angels—The unbelievers say it is not reasonable to believe in Christ and His coming in Jerusalem. About 6–1 B.C.