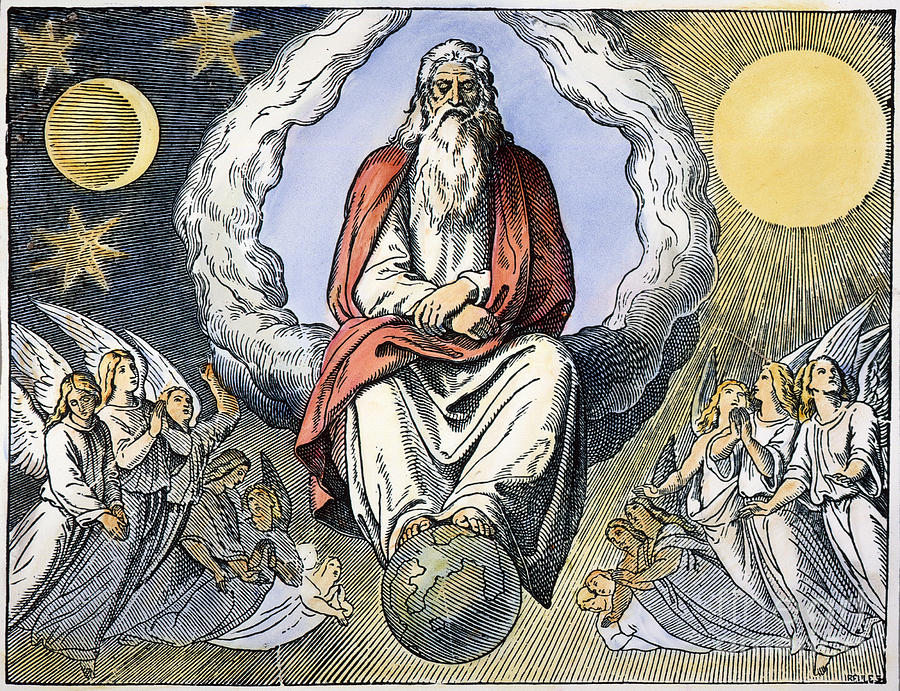 What Does It Mean to Say That God “Rested”?

In ancient Near East creation accounts, “rest” is not only the motive for undertaking Creation in the first place, but also the happy end that follows Creation as the culminating event of the triumphant victory of order and divine dominion over chaos. In the biblical account, as in ancient Near East accounts such as Enuma Elish,[1] God rests (or “ceased”[2]) when His work was finished.[3] When He does so, taking His place in the midst of creation and ascending to His throne, a temple made with divine hands comes into full existence as a functional sanctuary[4] — a “control room of the cosmos,”[5] as Walton terms it.

This current scholarly understanding of the process outlined in Genesis 1 as the organization[6] of a world fit to serve as a dwelling place for God is in contrast to the now scientifically[7] and theologically[8] discredited traditional view that the biblical story merely describes in poetic terms the discrete steps of an ex nihilo material creation followed by a simple cessation of activity. Instead, from this updated perspective we can regard the seventh day of creation as the enthronement of God and the culmination of all prior creation events.[9] True rest is finally achieved only when God rules supreme in His divine temple — and His righteous and duly-appointed king rules on earth.

The Order and Perfection of Creation

The goodness of the completed Creation is beautifully expressed in literary form through the symbolism of numbers, the heptad, representing divine perfection.[10] “[T]he narrative’s seven literary units feature seven times the formula for the effectuation of the divine will and the statement of divine approval; and the six days of Creation culminate in the climactic seventh.”[11] Other details of the Hebrew text highlight the same theme:[12]

In order to emphasize the central focus of the chapter, the length of the description of each period of Creation grows longer as the story progresses: “The first two days are briefly recounted (with 31 and 38 words respectively). The next three days (days 3, 4, and 5) are approximately double that length (69, 69, and 57 words, respectively); and the account of the final creative day (day 6) is doubled again (149 words).”[14]

Were Adam and Eve Created on the Sixth or the Seventh Day?

Doctrine and Covenants 77:12 seems to imply that it was God’s work thus far, rather than the seventh day itself, that was sanctified. Additionally, the verse can be taken to say that the creation of man’s physical body took place at the beginning of the seventh day rather than the end of the sixth: “as God made the world in six days, and on the seventh day he finished his work, and sanctified it, and also formed man out of the dust of the earth.” Because the verse seems to contradict the standard interpretation of Moses 2:26-27 as being an account of the physical creation of mankind on the sixth day, some have concluded that there is either a semantic or “grammatical ambiguity” in the revelation— e.g., perhaps “finished” should be understood as “ended.”[15] It is also possible that there was some error of transcription, since “early manuscript copies of section 77 have not survived.”[16] Or perhaps, as Stephen Whitlock has suggested in a personal communication, the creation of humankind described in Moses 2:26–27 was considered to be something different and apart from the forming of Adam “out of the dust of the earth.”

“I, God, Blessed the Seventh Day, and Sanctified It”

The culmination of the week of divine activity is not an act of creation, but rather the blessing and sanctification of the day when Creation had ceased. Unlike the specific blessings to man and the animals given in Moses 2:22, 28, this blessing “is undefined and pertains to time itself. … God, through His creativity, has already established His sovereignty over space; the idea here is that He is sovereign over time as well.”[17]

To “sanctify” something is to declare it not merely good (as was done for the products of the six days of Creation) but rather to make it holy. From this perspective, Truman G. Madsen explained, “far from [it] being a day of strict injunctions, which are joyless duties imposed on duties of the prior day, the Sabbath is the reward for, the outcome of, indeed the climax of all other preparatory creations. It is not an imposed stoppage. It is what all the preparation was designed for, and therefore it has great value. It was, indeed, made for man.”[18]

In the book of Hebrews, readers are urged to enter into the “Lord’s rest.”[19] Writes Catherine Thomas: “They had tarried too long in the foothills of spiritual experience. Having ‘tasted of the heavenly gift, … the good word of God, and the powers of the world to come,’[20] they could no longer delay resuming the climb lest they lose the promise. … The promise of entering into the “rest of the Lord” that Paul refers to repeatedly is that same promise explained in Doctrine and Covenants 88:68-69: “Therefore, sanctify yourselves… and the days will come that you shall see [God]; for he will unveil his face unto you’.”[21]

Cassuto, Umberto. 1944. A Commentary on the Book of Genesis. Vol. 1: From Adam to Noah. Translated by Israel Abrahams. 1st English ed. Jerusalem: The Magnes Press, The Hebrew University, 1998.

Dorsey, David A. The Literary Structure of the Old Testament: A Commentary on Genesis-Malachi. Grand Rapids, MI: Baker Academic, 2004.

Hurowitz, Victor. "I Have Built You an Exalted House": Temple Building in the Bible in Light of Mesopotamian and Northwest Semitic Writings. Journal for the Study of the Old Testament Supplement Series 115, ed. David J. A. Clines and Philip R. Davies. Sheffield, England: JSOT Press, 1992.