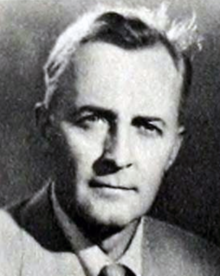 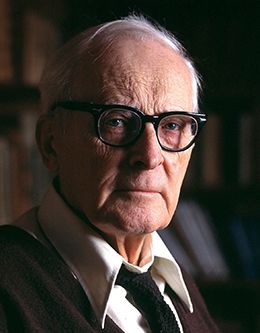 Hugh Winder Nibley was born on 27 March 1910, in Portland, Oregon, to Alexander and Agnes Sloan Nibley. He attended public schools in Portland, Medford, and Los Angeles, where he excelled in school and gained a life-long love of nature, art, astronomy, drama, and literature.

Upon graduation from high school, seventeen-year-old Hugh served a three-year mission for the LDS Church to Germany. He later served a short-term mission to the Northern States. He earned his bachelors degree in history at UCLA in 1934, graduating Summa Cum Laude, and his PhD at Berkeley in 1938. As a college student, he belonged to the National Honor Society Phi Beta Kappa. Prior to the US entering World War II, he taught at the Consortium of Colleges at Claremont, California. In 1942, he joined the Army, where he served in military intelligence. Attached to the 101st Airborne Division, he landed on Utah Beach on D-Day, fought in Holland during Operation Market-Garden, and was mapping German forces when the breakout occurred at Bastogne.

Following the war, he married Phyllis Ann Draper on 18 September 1946, in the Salt Lake Temple. Dr. Nibley began his teaching career that Fall at Brigham Young University, where he taught history, languages, and religion. He became best known for his writings on LDS scripture which were published in Church magazines almost monthly throughout the next three decades, as well as his numerous lectures and books. His book An Approach to the Book of Mormon was used as a lesson manual for the LDS Church in 1957. He officially retired from BYU in 1975, but continued teaching until 1994.

Dr. Nibley's legacy at BYU is substantial. In addition to teaching a wide variety of subjects, publishing numerous articles in both academic and LDS journals, and delivering lectures throughout the country, he helped the library acquire an extensive religious studies collection. In 1973, he was called to serve as the first director of the newly created Institute for Ancient Studies. In 2001, the Ancient Studies reading room at BYU was named in his honor. He received numerous awards, among them the David O. McKay Humanities Award in 1971, Professor of the Year in 1973, Distinguished Service Award in 1979, the Exemplary Manhood Award in 1991, and an honorary doctorate from BYU in 1983. The Collected Works of Hugh Nibley, which is being published by FARMS, has reached 15 volumes. He inspired an entire generation of Mormon scholars, and touched the lives of thousands of people throughout the world. Until his health declined, Brother Nibley served faithfully in the Provo 9th Ward as a Sunday School teacher and home teacher.