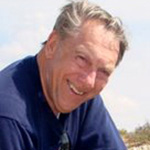 Wade E. Miller (M.S., geology, University of Arizona; Ph.D., paleontology, University of California at Berkeley) is retired from Brigham Young University, where, among other things, he chaired the Department of Geology and directed the BYU Earth Science Museum. His fieldwork, lectures, and museum research have taken him across the United States, Canada, Mexico, Brazil, England, Germany, Italy, and Japan. The author of more than seventy-five articles on paleontology and geology, he has also appeared on several television programs, including Good Morning America and The Today Show as well as A&E's Dinosaur!, narrated by Walter Cronkite.

Animals in the Book of Mormon: Challenges and Perspectives