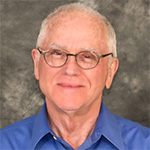 About Robert A. Rees

Robert A. Rees (born November 17, 1935) is an educator, scholar and poet. He teaches Mormon Studies at Graduate Theological Union and the University of California, Berkeley. Previously he taught humanities at UCLA and UC Santa Cruz and was a Fulbright Professor of American Studies in Lithuania (1995-96). Rees is the author of No More Strangers and Foreigners: A Mormon-Christian Response to Homosexuality (1998), “‘In a Dark Time the Eye Begins to See’: Personal Reflections on Homosexuality among the Mormons at the Beginning of a New Millennium” (2000), “Requiem for a Gay Mormon” (2001) and, most recently with Dr. Caitlin Ryan, Supportive Families, Healthy Children: Helping Latter-day Saint Families with Lesbian, Gay, Bisexual & Transgender Children (2012). He is the editor of Proving Contraries: A Collection of Writings In Honor of Eugene England (2005), The Reader’s Book of Mormon (2008), and Why I Stay: The Challenges of Discipleship for Contemporary Mormons (2011). Rees, has served as a bishop, stake high councilor, Institute teacher, and a member of the Baltic States Mission Presidency. He is the co-founder and current vice-president of the Liahona Children’s Foundation, which addresses malnutrition among Latter-day Saint children in the developing world.

Joseph Smith, the Book of Mormon, and the American Renaissance: An Update

Inattentional Blindness: Seeing and Not Seeing The Book of Mormon