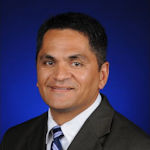 Robert Joseph is a direct descendant of some of the early Church of Jesus Christ of Latter-day Saints Māori pioneers in New Zealand and was brought up in the Church in Hastings and Hamilton. He graduated from the Church College of New Zealand in 1986 and from Seminary and Institute. He served a mission in Adelaide, Australia, from 1989–1991, after which he studied Law at the University of Waikato. Dr Joseph is currently a Senior Lecturer at Te Piringa-Faculty of Law at the University of Waikato, he was admitted as a Barrister and Solicitor of the High Court of New Zealand in 1998, and he completed his PhD in Law and Māori and Indigenous governance at the University of Waikato in 2006. In 2007, Dr Joseph was awarded a Building Research Capability in Social Science (BRCSS) Post-Doctoral Fellowship, and the ‘Best PhD Thesis Internationally on Canadian Studies Award’ in 2009 by the International Council for Canadian Studies in Quebec, Canada. Dr Joseph is a former Fulbright Scholar to Harvard University and the University of Arizona; he is an expert witness, licenced researcher, and legal historian in the Waitangi Tribunal; the New Zealand representative on a number of international organizations including the Association for Canadian Studies in Australia and New Zealand (ACSANZ), the International Indigenous Governance Consortium (IIGC), and the International Indigenous Trade and Investment Organisation (IITIO); and he is a member of the New Zealand Government Ministry for Foreign Affairs and Trade (MFAT)-Māori Taumata grappling with Māori and international free trade agreements. Dr Joseph has served in numerous Church callings. Dr Joseph married his sweetheart Amelia Turangi in the New Zealand Temple in 1996, and they are the parents of 5 children.

The Lord Will Not Forget Them! Māori Seers and The Church of Jesus Christ of Latter-day Saints in Nineteenth-Century New Zealand