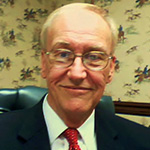 Mark Bukowski is a convert to the Church of Jesus Christ of Latter‑day Saints and has been a student of philosophy for over 40 years. He received a dual Bachelor’s Degree in Philosophy and Psychology at UCLA, studying with Robert C. Solomon, a noted scholar on 19th century German Philosophy, and Angela Davis, who was student of Marcuse. As an undergraduate, he became a student radical and atheist Marxist. In graduate school at the City University of New York, he studied William James and John Dewey under the tutelage of John J. McDermott and became convinced that personal religious experience could be seen as a valid way to justify statements about religion. He also agreed with Wittgenstein, that philosophical “problems” were often purely semantic misunderstandings and that language was often inadequate to express direct experience. These two philosophical insights proved to be life changing. He left academic philosophy but has remained an “armchair student” ever since. Influenced by James and Wittgenstein, he sought a church based on personal revelation and other principles he was convinced were true and found the Church of Jesus Christ of Latter-day Saints. He has served in various callings, was sealed in the Los Angeles Temple 35 years ago, and has four adult children.

Untangling Scripture from the Philosophies of Men