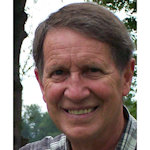 Larry T. Wimmer is Emeritus Professor of Economics and past recipient of the Warren and Wilson Dusenberry University Professorship at Brigham Young University (2001‒2006). He received his BS degree from BYU and his MA and PhD from the University of Chicago. His primary interest is American economic history, with research and publications in US monetary history, income and wealth distribution in early Utah, and the standard of living for US families during the last half of the 19th and early 20th centuries. His research has been sponsored by the National Science Foundation and the National Institute on Aging. Among his publications is a book by the BYU Press entitled The Kirtland Economy Revisited: a Market Critique of Sectarian Economics, for which he, along with his coauthors Marvin Hill and Keith Rooker, received the Mormon History Association Award for the “Best Work in the Field of Mormon History” for 1977. He was a Research Associate of the National Bureau of Economic Research Institute (NBER) from 1979 until his retirement in 2008