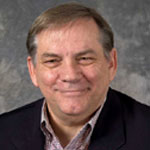 James E. Faulconer (Ph.D., Pennsylvania State University) is a professor of philosophy at Brigham Young University, where, from 2008 to 2013, he also served as Richard L. Evans Professor of Religious Understanding. At BYU, he has chaired the Department of Philosophy and served as the dean of undergraduate studies. In addition, he has been a visiting professor at the Institute of Philosophy of the Catholic University of Leuven (“Louvain”) in Belgium, and spent a year on research leave at the Bibliothèque d’École Normale Supérieure, in Paris.

The Transcendence of Flesh, Divine and Human

Camille Stilson Williams – “Veiled in Flesh: An LDS Perspective on the Body”